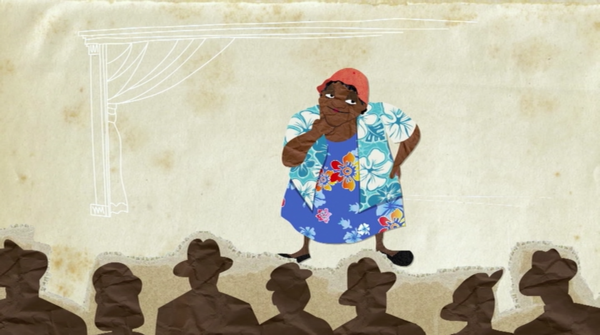 Whoopi Goldberg's directorial debut is clearly a labor of love. It's a feature-length documentary about the legendary comedian Moms Mabley that toured film festivals under the title I Got Somethin' to Tell You. The fact that the film was retitled Whoopi Goldberg Presents Moms Mabley for its HBO broadcast points not just to the cultural and career parallels between these two funny women, but to the fact that this well-meaning doc wouldn't necessarily pass the anonymous author test. If Whoopi Goldberg didn't make this movie, I don't know that it would have made it out of the film festival circuit.

Whoopi snags a dozen or so celebrities -- including Bill Cosby, Dick Cavett, Kathy Griffin, Robert Klein, and Joan Rivers -- plus acquaintances and academics to provide testimonials to Moms Mabley's talents and importance within pop culture and American black history. Many of these soundbites feel generic, mostly because Moms was such a private person that all of these interviewees are riffing on hearsay or memories of watching old TV appearances and listening to her "party records." Some of the anecdotes are solid enough to stick in the memory, like Eddie Murphy admitting to ripping off Moms's signature cadence (achieved partly through the removal of her false teeth) for the grandmother character in The Nutty Professor or Arsenio Hall sneaking to the record player as a youngster and making sure no one else was home so he could listen to Moms's albums, but most of the soundbites seem to be recycled variations on the assertion that Moms was groundbreaking by being a slyly intelligent, politically engaged black woman comedian. 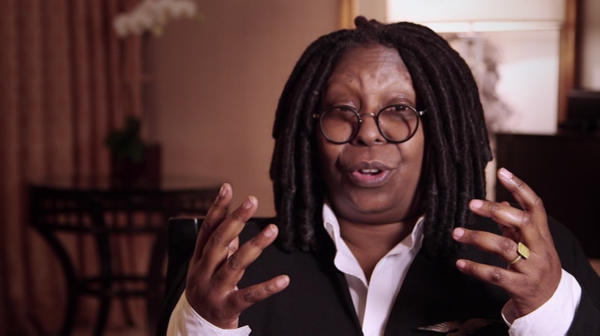 Though Whoopi and her researchers are not able to cook up a lot of hard facts on Moms Mabley's personal life, they do touch briefly on her younger days, where she apprenticed with vaudeville performers before becoming a staple in the '30s and '40s on the Chitlin' Circuit and particularly at the Apollo Theater in New York. Moms's sexual orientation is briefly touched upon; though she would perform in an old-lady house dress and do material onstage about chasing younger men, offstage Moms would usually change into a suit and pants (transforming into what one friend refers to in the film as "Mr. Moms") and chase young women. Moms's dedication to the Civil Rights Movement is underlined by a tearjerking rendition of the song "Abraham, Martin, and John," which she recorded in 1969 and which made her the oldest person to hit the Billboard Top 40.

More than the overdose of superlatives from the documentary's talking heads or the lack of hard facts to report, Moms Mabley struggles most with how to showcase its main subject's comedy material. Though Moms crossed over to mainstream popularity in the '60s thanks to her television appearances, her humor does not come in concise bursts. She's more of a long-form storyteller, which I'm sure Whoopi Goldberg the fan loves but which Whoopi Goldberg the director does not seem to have any patience for. Talking heads are frequently thrown into the middle of comedy bits, presumably so we will be deeper into the story when we return, but this approach totally throws off Moms's momentum. There are few laugh-out-loud moments that the audience is allowed to find on its own. Instead, we usually have to listen to a comic or professor tell us why a bit is funny as it is playing out, and then take their word for it. Also, since most of Moms's bits are audio-only, Whoopi goes back and forth between static South Park-style animation of Moms on a stage or animated title cards in the style of a "lyric video" on Youtube; both of these techniques are more distracting than helpful in trying to demonstrate Moms at her best.

If one thing is clear from this documentary, it is that Whoopi Goldberg is in awe of Moms Mabley and feels indebted to the work she did. Whoopi succeeds in clearly showing Moms's importance to her, but stumbles when it comes to showing what Moms meant to the world. 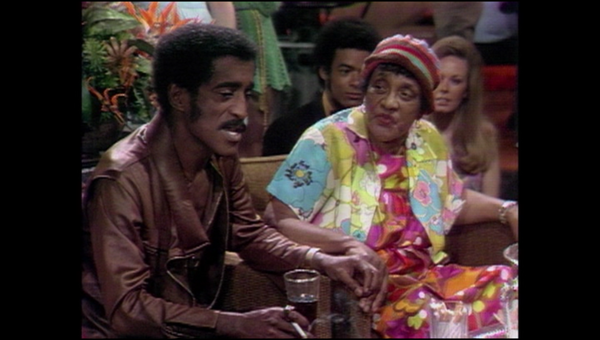 The Video:
The 1.77:1 widescreen image is adequate, but far from reference quality. Even when you set aside the variety of vintage video sources used for the archive clips, the present-day interviews often look soft with little fine detail. The end credits show that this was finished in HD (presumably for those festival screenings); if that is so, then the downconvert to SD was not done very carefully.

Final Thoughts:
For the curious, this serves as a perfectly acceptable gateway to the unique work of Moms Mabley. It has some laughs, and some great stories, but it doesn't quite hang together as a great movie. Rent It. 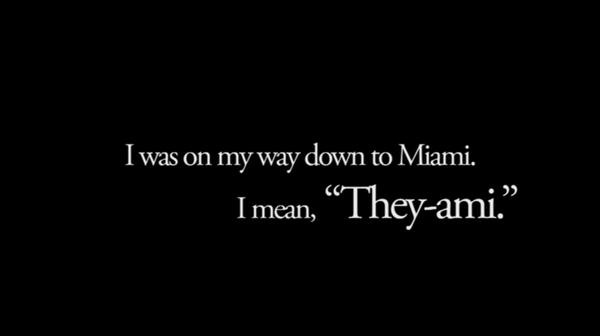