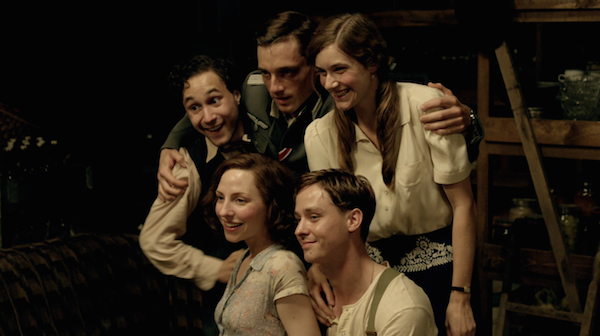 Back in 2006, the first sketch aired on the British comedy series That Mitchell and Webb Look, starring David Mitchell and Robert Webb of the popular sitcom Peep Show, portrayed two Nazis on the Russian front some time during the wane of World War II. One Nazi comes to his comrade with concerns: he has been thinking about the way Nazis dress and behave, and he is forced to ask his friend, "Hans... are we the baddies?" The new German-produced mini-series Generation War portrays that same soul-searching situation, but with a straight face.

At first, Generation War appears like it is going to unfold through slight variations on creaky old mini-series tropes -- more Rich Man, Poor Man than Band of Brothers. We start off with five friends in 1941 Berlin: brothers Wilhelm (Volker Bruch) and Friedhelm (Tom Schilling) are joining up with the army, Charlotte (Miriam Stein) is going to become a nurse in a field hospital, while budding chanteuse Greta (Katharina Schüttler) and her illicit Jewish boyfriend Viktor (Ludwig Trepte) remain in Berlin. Clearly, these bright-eyed, optimistic young people are in for a severe shock, and they are going to be changed tremendously by the war. However, what screenwriter Stefan Kolditz does from here is a little surprising. He starts his naive characters on their path toward inevitable disillusionment, and while he does throw in some melodramatic twists that seem cribbed from time-tested formula, he doesn't stop there: he takes each character's journey beyond the point of predictable irony and lets things get much stranger and much darker.

For instance, the two brothers who go off to war are archetypal opposites: Wilhelm is the good son and a decorated soldier while Friedhelm is the smart-assed black sheep who doesn't believe in the war. As the story develops, and Wilhelm becomes resistant toward carrying out orders that seem illogical and immoral to him, and Friedhelm realizes that the well-being of his fellow soldiers depends on him becoming a competent fighter, the brothers' archetypes begin to switch. One could see this type of ironic character arc being the conclusion of their stories, but by this point in Generation War, they still have about three years worth of fighting to do. 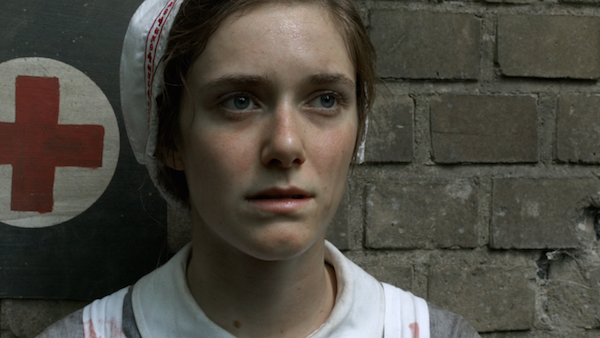 Charlotte and Greta's stories both involve betrayal, intentionally and unintentionally. Charlotte is so obsessed with serving the Reich initially that she turns in a Jewish woman (Christiane Paul) working at her field hospital. Recovering from the guilt of this betrayal, Charlotte's journey becomes a kind of hybrid of both Wilhelm and Friedhelm's: she slowly grows to realize that doing her job and caring for the well-being of her patients is more important than ideology. Greta, meanwhile, starts a secret affair with Gestapo officer Dorn (Mark Waschke), in order to use his connections -- both to jump-start her singing career and to get her Jewish boyfriend Viktor papers allowing him passage to Marseille. Greta's betrayal of Viktor is initially just sexual, but it becomes something more when Dorn reneges on his agreement, sending Viktor off on a train headed to somewhere much bleaker than Marseille.

The goal of Generation War is clearly to explore the psychology and circumstances of "reasonable" Germans who lived, with varying levels of comfort, during the Third Reich. To that end, the cast -- especially Bruch and Schilling as the brothers -- invest their characters with depth and understandable motivations that allow modern viewers to more fully empathize. Even so, the makers of the series are smart enough not to make excuses for their characters when they make horrifying choices, nor do they ignore the fact that the majority of Germans did not face these kinds of changes-of-heart during the war.

When it comes to Generation War's many combat scenes, director Philipp Kadelbach takes a page out of the Saving Private Ryan handbook, and shoots the battle footage in almost-monochromatic gray and brown tones, with the camera set at a high shutter speed to give the action a stutter. It's an effective approach, as it has been for the past fifteen years or so, but it begs the question: why do so many directors post-Spielberg assume that fighting in World War II looked exactly like that?

Generation War got a limited U.S. theatrical release back in January, but it's hard to imagine watching all four hours and forty minutes in one sitting. The length is not what is discouraging; after all, binge-watching is an incredibly popular sport these days. Instead, the dark tone and the tragic nature of the story makes each ninety-minute episode emotionally draining when viewed separately, and has the potential to be utterly devastating if viewed in its entirety. So, while I enthusiastically recommend viewing Generation War, it is probably best to choose your approach according to your own temperament. 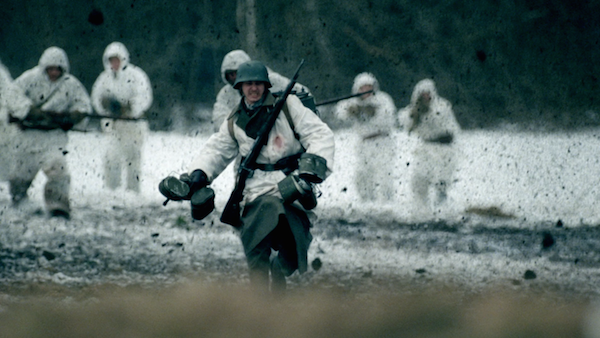 The Video:
This is a perfect video presentation, with the AVC-encoded 1080p 1.77:1 image looking incredibly sharp and clean. The skin tones are right on, and the colors are beautifully saturated. No noise, no banding, no other distractions.

The Audio:
The series is presented with only its original German (with some Polish) DTS-HD MA 5.1 audio track and optional English subtitles. The dialogue and music sounds great. The sound designers do a great job of keeping atmospheric sounds present in the surround speakers during the dialogue scenes, and then they go to town on LFE and directional effects during the battle scenes. Very impressive.

Final Thoughts:
Generation War is a gripping war drama that examines what happens to humanity in the midst of an inhumane regime. While the plot can rely too often on cliches, the excellent cast keeps viewers invested in the fates of their characters. Highly Recommended. 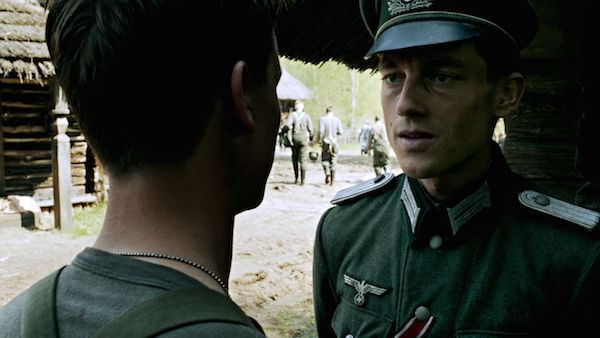