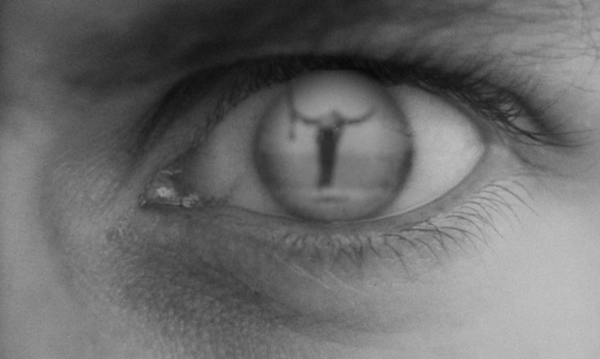 Hitting Blu-ray a few short weeks before the 70th Anniversary of D-Day, director Stuart Cooper's 1975 drama Overlord, which covers the lead-up to that famous battle at Normandy, is decidedly unsentimental, somewhat anticlimactic, yet undeniably beautiful. Starting with deftly edited archive footage from England's Imperial War Museum, Cooper weaves in newly-shot black-and-white material concerning the fictional exploits of a shy, young private whose first combat experience will be the Normandy invasion. Although the use of the archival footage might seem at first like a low-budget filmmaking cheat, allowing Cooper to include battles and aerial scenes he clearly did not have the budget to recreate, these shots -- which frequently take place outside the world of the modest fictional narrative -- actually provides Overlord with a unique opportunity to focus both on the macro and the micro of the war.

The film is haunted by a recurring image of a soldier charging forward then suddenly stopping, rearing back, and falling down dead, presumably felled by enemy fire. When we first see the image, it is out of focus, leaving the audience to speculate about who this soldier could be. Of course, we suspect it is probably our protagonist, Tom Beddoes (Brian Stirner), and as the film continues, this suspicion is confirmed. But that clarification does not solve the mystery: is this vision foreshadowing or fantasy? Is this whole film built around Occurrence at Owl Creek Bridge-style flashbacks? Or are these sporadic apprehensive hallucinations? Though Cooper doesn't get too caught up in playing narrative games, he selectively chooses to fracture chronology and mix daydreams with reality in a way that makes the film appropriately disorienting.

The actual plot of Overlord is pretty straightforward. Tom leaves his mum and dad and goes out into a world he knows nearly nothing about. Tom goes through basic army training, which is not easy at first, but he eventually gets the hang of it. He becomes friendly with a couple of worldly rascals named Arthur (Nicholas Ball) and Jack (Davyd Harries). He even falls for a pretty girl (Julie Neesam) who seems almost as shy as he is. They meet at a dance, and Tom takes her for a walk, but he gets called away before they ever get a second date. The soldiers wait around to be deployed, and Tom ruminates on the probability of his death. Then finally, the fateful morning arrives.

What sticks in the mind about Overlord are not these sketchy morsels of plot. Instead, viewers are sure to take away the unique character anecdotes or unusual poetic details that Cooper presents us. There is the humorous newsreel Tom watches, where footage from Triumph of the Will is re-edited to make it look like the Nazis are dancing. There is also the fascinating test footage of the Panjandrum, which was a giant explosive drum attached to two giant wheels with rockets on the spokes to project the device forward. (In the test shown in the film, the Panjandrum makes it from the landing craft to the shore but then tips on its side. It was not used in actual battle.)

Overlord is an artful collage of these factual and fictionalized details that creates a more impressionistic, contemplative take on a soldier's experience than one typically finds in cinematic war fare. The film has a grounded attitude, however, which keeps it from drifting into a full-on Malickian reverie. (This is especially true of the bitterly ironic but utterly believable solution to the mystery concerning Tom's recurring vision of dying on the battlefield.) Cooper's film seems uninterested in heroism, but nonetheless the cinematography by frequent Kubrick collaborator John Alcott and those countless combat cameramen reveals a kind of glory within the mundane and strange and horrifying workings of the war machine. 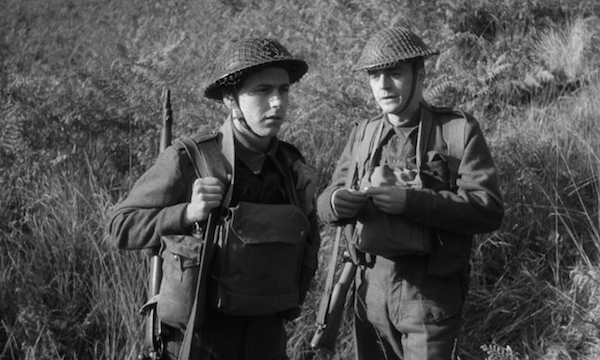 The Blu-ray
Unlike a lot of their current releases, Criterion did not issue Overlord as a dual-format edition. This release is Blu-ray only.

The Video:
Because of the variety of film sources from which Overlord was taken, the AVC-encoded 1080p 1.66:1 transfer is a little erratic, with dirt and scratches appearing with varied intensity during the archival footage. A few brief blemishes pop up during the 1975-shot material as well, but in general, this is a strong transfer with excellent clarity and plenty of fine detail. The black levels are strong for the most part. (A few scenes look like they might have been altered during the film processing, and they end looking a bit foggier than normal.)

The Audio:
Considering that much of the vintage footage from the Imperial War Museum was shot silently, the sound design on this film is incredibly important. The LPCM mono audio has been given a generous bitrate of over 2MB per second, which allows all the elements to come through with tremendous clarity and fidelity. Paul Glass's score fills the sonic space exceedingly well for a 1-channel mix. The disc offers English SDH.

Special Features:
These are all carried over from the 2007 Criterion DVD release. Even if there is nothing new and exclusive, this remains a surprisingly strong batch of bonuses for the film.

Final Thoughts:
Many current film buffs were introduced to Overlord through the clips of it shown in Xan Cassavetes's 2004 Z Channel documentary, and then they were rewarded with the ability to see the whole thing a few short years later on the excellent Criterion DVD release. This Blu-ray is a great-looking and great-sounding upgrade that will hopefully continue to grow the cult of fans for this unusual and affecting war film. Highly Recommended. 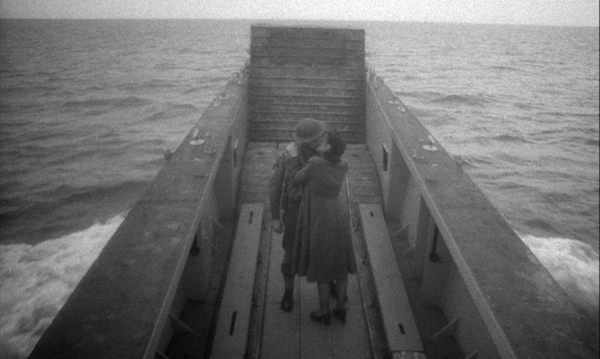