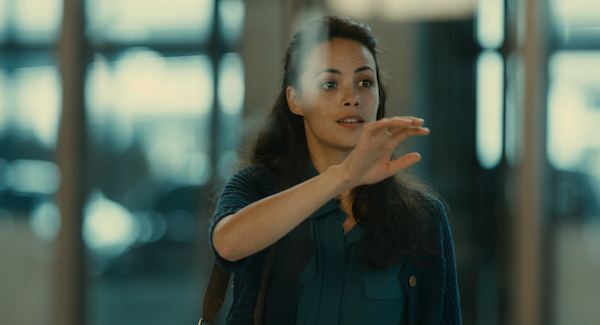 On the heels of creating A Separation, the movie that won Iran's first Academy Award for Best Foreign Language Film, writer-director Asghar Farhadi has returned with The Past, a film that echoes the mood and tone of A Separation (and his prior work) while shifting the setting from Iran to the outskirts of Paris. The international film community has long realized that many of the most exciting recent films are being made in Iran, but this change of locale underlines the fact that Farhadi is a world-class filmmaker. His skill and talent as a dramatist, as well as his thematic fascination with family and morality, make him seem like the natural heir to Ingmar Bergman and Anton Chekhov. While The Past is occasionally too melodramatic, it also demonstrates that the filmmaker isn't afraid to expand his approach.

Farhadi is exceptional at creating opening and closing scenes that are not only arresting but are so dense with meaning that they could probably serve as the basis of a film student's thesis. The Past opens with Marie (The Artist's Bérénice Bejo) waiting at the airport for Ahmad (Ali Mosaffa). She sees him through the glass partition and tries to flag him down. He does not see her for a while. Finally, another departing passenger shows Ahmad that Marie is waving at him. He walks up to the glass, and they speak to each other. We cannot hear them, just as they cannot hear each other. Nonetheless, they seem to get the idea of what each other is trying to say, either because they are so familiar with each other that they don't need to understand the particular words or because they are just faking it. As the scene goes outside to the parking lot and into the car Marie has borrowed to pick Ahmad up, we slowly get the context of how they know each other. Are they old friends? Lovers? Husband and wife? Eventually, we realize they are separated spouses and that Ahmad has come back to France from Tehran to complete his divorce with Marie.

The way this backstory is parceled out, like a mystery being perpetually uncovered, is indicative of how the rest of the film unfolds. As the title makes explicitly clear, Farhadi is most interested in exploring how the events of the past impact the interactions and relationships of his characters currently. Certain late passages of the film are focused specifically on Marie or her new boyfriend/would-be fiance Samir (Tahar Rahim), but Farhadi mostly sticks to Ahmad's point-of-view, especially in the early going. Since Ahmad has been out of the picture for four years, he is the one who has to do the most detective work. He is the one who must find out why Marie's elder daughter Lucie (Pauline Burlet) is so upset about the impending marriage. He is the one who must gain understanding as to why Samir's young son Fouad (Elyes Aguis) is so unwilling to accept Marie. Even though he has technically made this trip to legally sever all ties with this family, Ahmad, as if by instinct, automatically takes on the role of the mediator and healer. Even once the divorce papers are finalized, he chooses to stick around a little longer -- maybe seeking his own chance to resolve the past.

Inevitably, Ahmad's continued presence in the house leads to a series of intrafamilial conflicts and somewhat unsavory revelations. Samir is still married to another woman, who is currently in a coma after a failed suicide attempt nearly a year before. A little more than half of the film deals with guilt and blame shifting between different members of the family over different past actions that may or may not have contributed to the suicide attempt. The plotting in this area sometimes verges on the soap operatic, but Farhadi's thoroughly realistic approach with the actors grounds every choice they make.

The cast is uniformly excellent. Bejo has been getting a lot of laudatory notices, probably because this is such a 180-degree turn from her work in The Artist, but her acting work is remarkable largely for the way it perfectly blends with that of Rahim, Mosaffa, and the kids. Even Jeanne Jestin, who plays Marie's younger daughter Léa, a character that seems largely untouched by the turmoil around her until late in the film, seamlessly fits into the ensemble and doesn't just turn in a lazy "kid's" performance.

A Separation was in many ways a note-perfect dramatization of emotionally unwieldy situations. With The Past, it seems that Farhadi has chosen to allow certain scenes to give in to that unwieldiness. In the short term, it means that a few moments from this film don't pack the familiar punch, but the willingness to push beyond what has already worked and explore a bit bodes well for potentially more powerful work in the future. 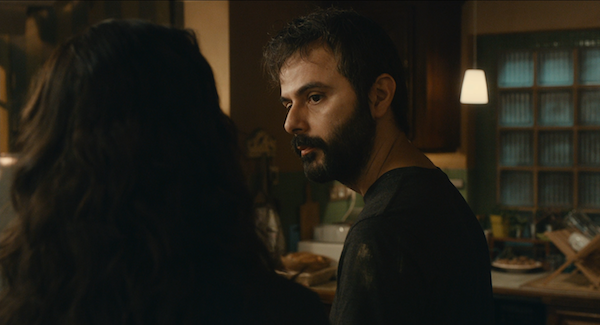 The Blu-ray
The Blu-ray comes enclosed with a DVD copy that has the same language options and bonus features.

The Video:
The AVC-encoded 1080p 1.85:1 image is outstanding. Shot in high-end digital with an Arri Alexa, the film translates to Blu-ray with no apparent issues: no noise, no banding. There is an excellent level of fine detail, realistic skin tones, and an otherwise great reproduction of the earthy, mostly brown-ish color palette.

The Audio:
The disc offers the original DTS-HD MA 5.1 French & Farsi audio track, with optional English subtitles and English SDH. There is no English-dubbed option. The audio track is also top-notch. It is clean and atmospheric. Though the mix doesn't give your sound system as much of a workout as a superhero movie, plenty of attention has been paid to creating a realistic and full soundscape to match the film.

- Spoken in Farsi, with optional English subtitles, this commentary covers a lot. Casual film fans might find themselves overwhelmed in fact, as Farhadi freely explores the thematic, the theoretical, and the technical aspects of his film all at once. A typical stretch goes from Farhadi pointing out visual motifs frequently used in all of his films to him describing how the main set was built. Often, Farhadi illuminates how these elements are linked. Curious filmmakers and film theorists have hit the jackpot.

Final Thoughts:
While The Past is a bit slicker than director Asghar Farhadi's earlier work, it is no less gripping or emotionally affecting. The making-of featurette included on the disc is an essential look into the director's unique creative process. The complete package comes Highly Recommended. 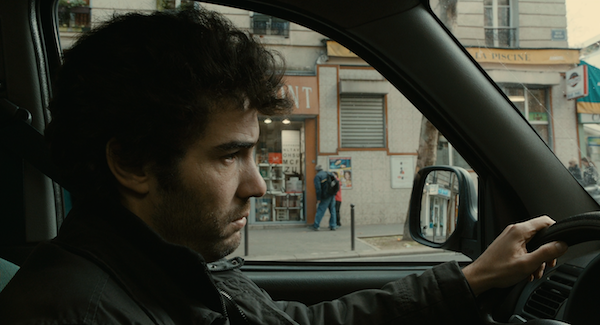