Trials of Muhammad Ali, The 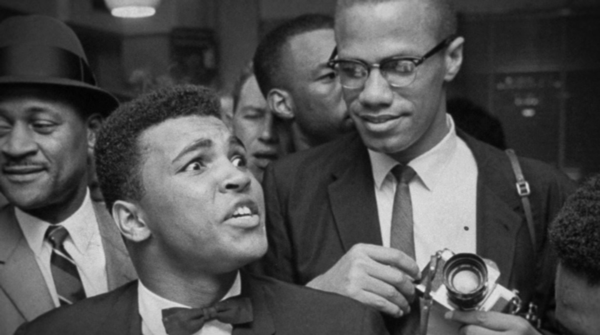 Last year, HBO presented a dramatic film about Muhammad Ali's 1971 Supreme Court case. The case concerned Ali's conviction as a draft dodger, after declaring himself a conscientious objector to the Vietnam War. HBO's film was called Muhammad Ali's Greatest Fight, but apart from some scattered archival soundbites from Ali, the film focused on the eight white Supreme Court Justices hearing the case (Justice Thurgood Marshall had recused himself). Despite providing a couple of decent roles for the likes of Christopher Plummer and Frank Langella, the film's approach was inherently flawed. When (spoiler alert, but not really) Ali's conviction was unanimously overturned, the Court made an effort to avoid creating a legal precedent regarding all conscientious objectors. They made certain to narrow the scope of their decision to cover only Ali's case. This means that the legacy of the decision holds greater importance within the life of Muhammad Ali than within the annals of the U.S. Supreme Court. It seems like a given, then, that these events should be told as Ali's story. The documentary The Trials of Muhammad Ali goes with this approach, and it stands not only as a dramaturgic corrective to the HBO film, but it also makes for a significantly more entertaining and engaging movie.

The Trials of Muhammad Ali was directed by Bill Siegel, who was nominated for an Oscar for The Weather Underground. It was also executive produced by Leon Gast, who directed the Oscar-winning When We Were Kings. It is perhaps unsurprising, considering the filmmakers' prior accolades, that The Trials ranks with Kings amongst the finest documentaries made about Muhammad Ali. Siegel and his editor Aaron Wickenden (The Interrupters) combine well-chosen archival clips with modern-day interviews of folks who were present for these events, like Ali's second wife Khalilah, his brother Rahaman, and even controversial Nation of Islam leader Louis Farrakhan. Though the film is briskly paced and runs only 90 minutes, these first-person accounts uncover many of the intricacies of Ali's situation, giving the re-telling unexpected depth. 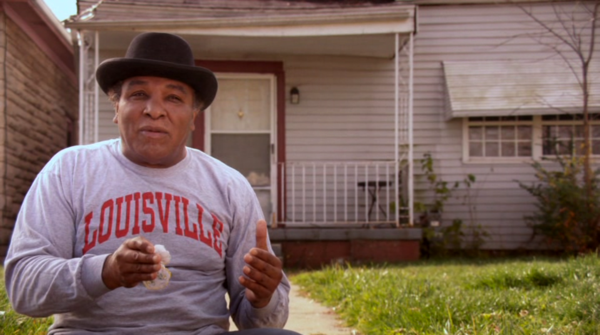 Starting with Ali -- then known by his birth name, Cassius Clay -- winning a gold medal at the 1960 Olympics, the film crosscuts two chronological narratives that eventually intersect with Ali's infamous decision to be a conscientious objector. The first is Ali's ascent in the boxing world: from smart-assed Louisville upstart to smart-assed world champion. The second subject that the film covers is Ali's immersion in the Black-separatist religious movement, the Nation of Islam (NOI), including his relationships with Malcolm X and the movement's founder, Elijah Muhammad.

While the current mainstream view of Muhammad Ali is one of admiration -- as demonstrated in this film with a clip of George W. Bush presenting Ali the Presidential Medal of Freedom in 2005 -- The Trials repeatedly points out that, during his prime, the Louisville Lip was constantly under attack. Even before Cassius Clay became Muhammad Ali, the film shows him being subtly put down to his face by newscasters and not-so-subtly scolded by comedian Jerry Lewis during a talk show appearance. Lewis yells at Ali, "Shut your mouth," and calls him the "the biggest bag of wind," during what should presumably be a fluffy publicity appearance. Though the word is never spoken, it's hard not to get the feeling that these white men see Ali as "uppity," and maybe feel it is their duty to put him back in his place. Unsurprisingly, the media response worsens after Ali declares his affiliation with NOI and changes his name. New York Times sports reporter Robert Lipsyte is shown discussing how his editor refused to print stories that called the fighter anything other than "Cassius Clay." Lipsyte adds, "Nobody asked John Wayne or Rock Hudson what their names were." 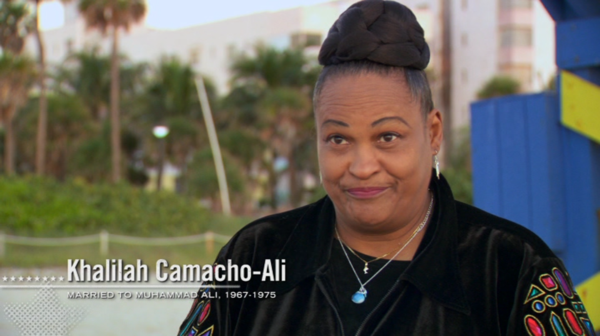 Though modern audiences familiar with Ali probably don't need convincing, the documentary elaborates on the authenticity of Ali's decision to be a conscientious objector, as opposed to the common perception held at the time that he just wanted to dodge the draft. His second wife Khalilah talks about how Ali had not been afraid to go. In fact, Ali had been told he would be treated like Joe Louis was treated during his war service in World War II: kept far from the front lines, so he could be used for exhibition fights and photo ops. Ali's eventual decision to resist was based on principle, she affirms.

Ali's adherence to those principles are tested after he is convicted of being a draft dodger, stripped of his title, and left without a legal way to do his job. During these years, Ali scrambles to make money outside of boxing, mostly doing college speaking engagements where he insults and is insulted by people who think he is a brainwashed coward. The film also includes a glimpse of Ali's oddest side job during this period, as the lead of a failed Broadway musical called Buck White.

Boxing fans might be upset that this documentary puts more focus on Ali's personal, religious, and political life than on his accomplishments in the ring, and if you find yourself in that camp, there are literally a few dozen other documentaries which will satisfy that need for you. The Trials of Muhammad Ali instead illuminates the forgotten struggles Ali had to endure and the tough decisions he had to make to stay true to his ideals. This film is a valuable document and a masterful piece of storytelling. 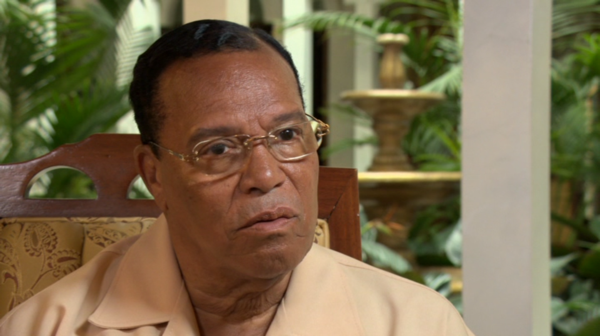 The Video:
Compiled from various film, video, and internet sources, the 1.77:1 anamorphic image of The Trials of Muhammad Ali is a typical mixed-bag. The modern-day interview segments are crystal clear and suffer from no issues with video compression. Considering the sources, this is an excellent transfer.

The Audio:
Just a Dolby 2.0 stereo mix, but beautifully edited and mixed. The weaving of the archival soundbites, new interviews, and musical score by Joshua Abrams (The Interrupters) is flawless. No subtitles, but there is closed captioning.


Final Thoughts:
No feature-length documentary or fiction film has been able to properly encapsulate the life of Muhammad Ali. This documentary manages to illustrate just a few facets of what makes him an icon, but it does so brilliantly. The DVD presentation looks and sounds great, and it comes with a decent offering of bonus material. Highly Recommended. 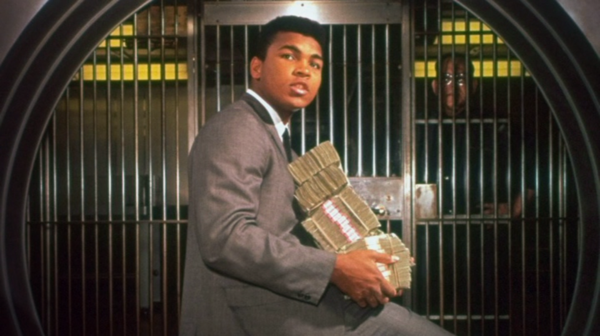