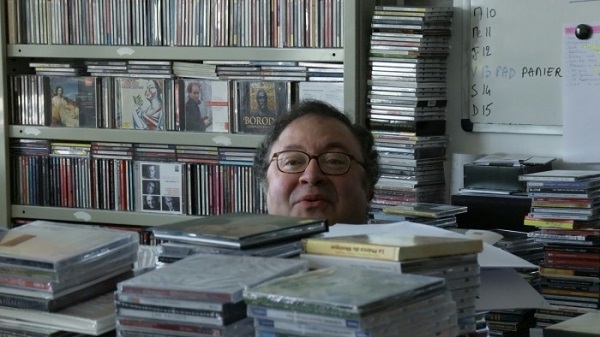 For La Maison de la Radio, documentary filmmaker Nicolas Philibert (Nénette, To Be and To Have) followed the employees of Radio France for six months and edited the results into a composite day-in-the-life portrait. Radio France could be compared to NPR in the U.S., except with seven specialized stations devoted to talk or news or different genres of music. Being unfamiliar with Radio France, I had to look up these basic facts online after watching the film. This is because, despite superficially resembling the recent New York Times day-in-the-life doc Page One, La Maison de la Radio does not attempt to give its viewers a comprehensive look at the inner workings of the radio station nor does it really provide its viewers with context, instead eschewing the typical narration or explanatory super-imposed text.

Probably, a French audience (or an audience familiar with European culture) will recognize some of the uncredited personalities who are being recorded in the Radio France studios (including classic screenwriter Jean-Claude Carrière, singer Maïa Vidal, author Umberto Eco), but Philibert seems less interested in knowing the cultural identities of the people we are watching and more interested in just capturing stray moments, often distilled from their context to achieve a kind of alien beauty. The filmmaking viewpoint is something similar to last year's Leviathan, with a focus on people at work made abstract by removing most of the whys and whos from each shot. The modus operandi here is different, though: whereas Leviathan was all about long takes from GoPro cameras whipping and panning all around a fishing boat, Philibert's cameras are mostly locked-down on tripods, panning only to keep subjects within the frame. (There is a big exception where one of Philibert's cameras tracks beside reporters who are riding a motorcycle, broadcasting live from the Tour de France bicycle race.) The editing is brisker than Leviathan too, which keeps the film from inducing sleep, despite its lack of a narrative.

The film leapfrogs around from recording sessions for a radio play, rehearsals for a choral performance, interviews of all ilks, an in-studio performance by a European hip-hop group, a news department brainstorming session, a live game show, and even the switchboard where a woman is taking requests for the pop radio channel. Philibert revisits some of these situations as the "day" within the film progresses. Again, this is not in the service of any sort of beginning-middle-end structure, so much as giving the audience a chance to linger with the subjects with the most appealing auras.

One recurring "character" is the segment producer of the radio play (I'm guessing on her official title), who sits at a mixing board with two recording engineers, first seen trying to perfect the play's narration, then later found directing some actors who keep flubbing their lines, then later still found judging sound effects that are being created offscreen by foley artists. Philibert chooses to play these moments almost entirely on the producer's face, as she listens to the new material being created. It is a clever approach that helps to evoke the theater-of-the-mind nature of radio while still giving us something to appreciate cinematically.

Another charming moment occurs during one of the interviews, captured in another extended close-up. A young authoress sits waiting for the host to ask his first question. Philibert chooses not to show the interviewer for quite some time, allowing us to read the interviewee's subtle facial reactions as the host drags out his semi-poetic introduction, while a jazzy music bed fills in his gaps. Based on her expressions, we're left to wonder what exactly she is seeing -- whether the interviewer is conscious of his unusual speech pattern and is smiling at her as he takes his pregnant pauses, or if he is fumbling for written notes, or what. When Philibert finally cuts to the matching close-up on the interviewer, the moment has effectively passed, leaving the mystery preserved.

These examples hopefully illustrate the type of artistic, mediated anthropology Philibert seems to be going for here. In other words, if you're a people-watcher -- if you find it stimulating just to study human interactions -- then there are a lot of cool little moments to enjoy within La Maison de la Radio. If you need your documentaries tightly structured around a discernible narrative or even a consistent thematic topic, then this film might not be for you. 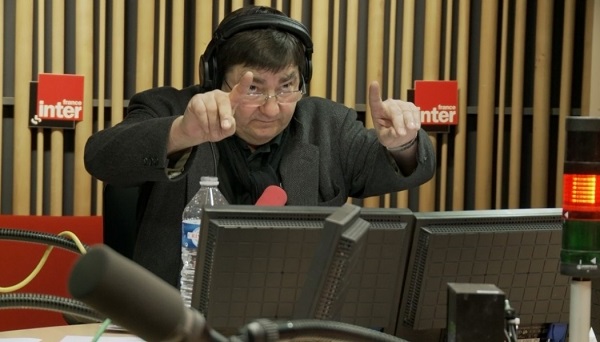 The Video:
The documentary seems to have been shot on mid-range digital cameras, meaning that it has an aesthetic somewhere between typical indie cinema and TV news. The 1.77:1 anamorphic widescreen transfer seems to stick pretty true to the source. The palette runs a little cool, but the colors are saturated. There's a good level of detail for a standard-def presentation, and a barely discernible amount of video noise.

The Audio:
The French-language audio is presented as either Dolby 5.1 surround or Dolby 2.0 stereo, with optional English subtitles. Considering the nature of the film, the 5.1 is barely an upgrade over the 2.0. It does better highlight a few moments of audio collage within the film, where lots of broadcasters' voices are being overlapped, and it gives the source music cues a little more oomph, but mostly we're just listening to talk in the front channels. That said, the mix is clear and serves the film perfectly.

Special Features:
Just a trailer, plus some coming attractions trailers.

Final Thoughts:
Since La Maison de la Radio goes for an impressionistic approach with its subject, this film is not going to be for everyone. But, by presenting a kaleidoscope of many little elements that go into the creation of public radio programming, director Nicolas Philibert has crafted a fascinating, quietly joyful tribute to humanity that I found absolutely charming. Highly Recommended. 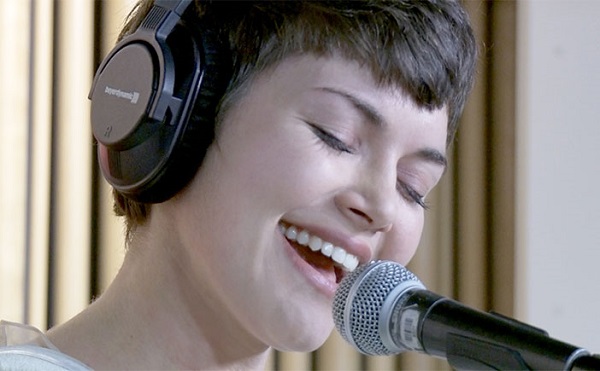