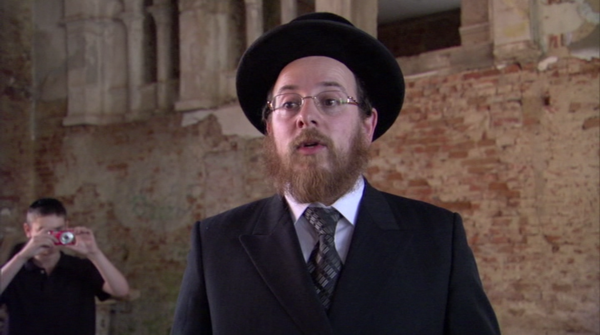 When I started watching Roberta Grossman's documentary, Hava Nagila (The Movie), my expectations were low. Even the promised appearances by Star Trek's Leonard Nimoy and singer-songwriter Regina Spektor were not enough to rev up my excitement. Noting the film has a running time that's a shade under 75 minutes and sensing an overall goofball vibe in the opening moments, it seemed like a guaranteed puff piece. Having finished watching the film, I will say this: Grossman does stall a little too long in her "What's with this corny wedding song?" opening and then she unnecessarily pads out her "This song has forgotten meaning" conclusion. The pleasant shocker is that in between that stuff is a surprisingly engrossing 55-60 minutes about one little song's role in the history and identity of Jews -- particularly Jewish Americans -- in the modern era.

Told as a chronological history, through a series of scholarly talking heads and plenty of shticky narration by Rusty Schwimmer, Hava Nagila begins its "Hava quest" at a Jewish settlement in Ukraine, where "Hava Nagila" orginated in the early 1900s as a type of wordless prayer called a nigun. From there, the song moves with the Jewish people across the globe. Fleeing pogroms in Ukraine, Eastern European Jews and their song find their way to British-controlled Palestine, where in 1918, the melody is given words (from the Book of Psalms). From there, the song -- with its upbeat tune and optimistic lyrics -- grows in the esteem of the Jewish community in Palestine and becomes married to the circle-based folk dance, the hora. Eventually, around the 1950s, it comes to America, where diaspora Jews embrace it as a happy dispatch from this unusual new State of Israel they've been hearing so much about.

The song's breakthrough into the mainstream American consciousness, the film suggests, was due to Harry Belafonte's performance of the song on his first album recorded at Carnegie Hall. Belafonte is interviewed in the film and confirms that the two songs audiences expect him to perform at pretty much every live show are "The Banana Boat Song (Day-O)" and "Hava Nagila." After Belafonte's recording, there was a flood of other versions, including covers by Twist connoisseur Chubby Checker, surf guitarist Dick Dale, and salsa queen Celia Cruz. Connie Francis, the Italian-American chanteuse, not only covered the song but did a whole album of "Jewish Favorites." (She is interviewed in the film, and memorably jokes, "I'm ten-percent Jewish on my manager's side.") Glen Campbell's take on the tune was the flip-side of the single for his title song from True Grit. Campbell, who appears in the film, seems as surprised as anybody about its appearance there, although he notes that musicians in L.A. could get many more wedding gigs if they had "Hava Nagila" in their repertoire.

The film is liberally sprinkled with clips from television and movies, showing the song's wide-ranging cultural impact. The most electrifying clip shows Belafonte duetting on the song with Danny Kaye during the latter's '60s variety show. It certainly helps make the argument that Belafonte singing "Hava Nagila" is a great marriage of performer and material.

While Grossman is clearly convinced of the importance of "Hava Nagila," she does not shy away from giving its detractors a little air time. Klezmer musicians like Lorin Sklamberg of The Klezmatics and Henry Sapoznik rail against the simplicity and ubiquity of the song, on the basis that it allows potential listeners to dig no deeper into more complex, richer Jewish music traditions. Other talking heads just seem straight-up annoyed about how played-out the song is.

Overall, Hava Nagila (The Movie) is amusing and informative in equal measure. The filmmakers approach their subject with a light touch mostly, but eventually overstate their case about the song's assimilation into pop culture coming at the expense of its spiritual dimensions. Sure, the song has had a fascinating history and continues to push people's buttons (one way or the other) to this day, but the fact that it has become just another song in the global repertoire, like "Kumbaya" or "Happy Birthday," is not such an unfortunate fate. For this viewer, the cultural phenomena surrounding "Hava Nagila" is what's most interesting now, and it's certainly what's most interesting about Hava Nagila (The Movie). 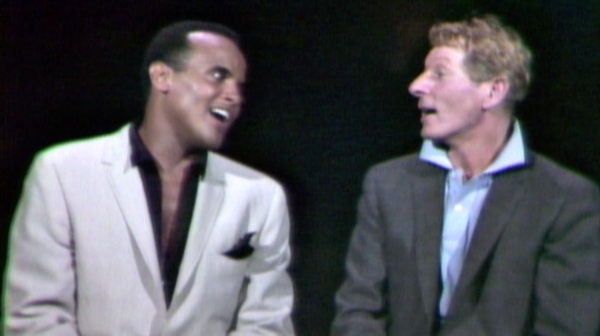 The Video :
Presented as 1.77:1 widescreen, Hava Nagila (The Movie) looks fine. The quality of the archive footage is typically variable, with the worst-looking stuff being pulled from Youtube. The footage shot specifically for the documentary looks professional, if sporadically speckled with compression artifacts. It's not nearly the worst looking digital picture I've seen, but the lack of consistent crispness gives the film a lower budget feel.

The Audio:
There are two audio options, but there's not a huge difference between the Dolby 5.1 and the Dolby stereo audio tracks. That's not meant as a knock against either version. This situation is a predictable side effect of creating sound mixes for an interview-based documentary. Inevitably, there's a bit of diffuse atmosphere in the surround speakers on the 5.1 track, and the music cues are spread across the soundstage. You'll be satisfied either way. No subtitles, but the film has Closed Captioning.

Special Features:
Bonus clips (28:25) - An assortment of 12 clips presented seemingly at random, with a production company promo and 10-minute sizzle reel shuffled in amongst the trailer, deleted scenes and extended interviews. Highlights include a snippet from a 1920s recording of the title song and a moment of Matisyahu beat-boxing on Israeli Sesame Street. You can play-all or check out the 12 clips separately.

Final Thoughts:
Hava Nagila (The Movie) is a surprisingly thoughtful, very entertaining look at the impact of one simple melody over the course of a century or so. Recommended. 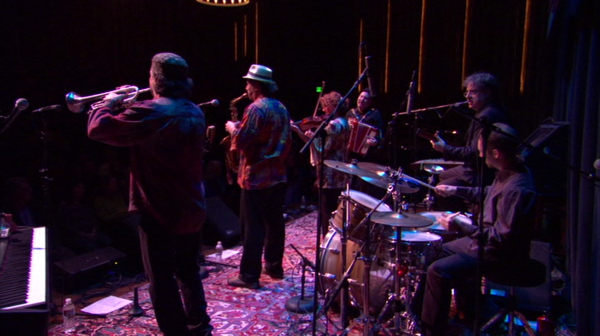