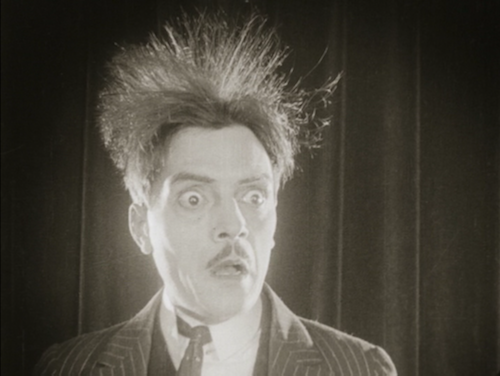 Although he was a hero to Charlie Chaplin, the French silent film comedian Max Linder has largely been forgotten these days (a name-drop in Tarantino's Inglourious Basterds notwithstanding). Looking at the new Max Linder Collection DVD, released as part of Kino's Slapstick Symposium series, it's a real puzzle as to why his films haven't stuck around. The guy literally seems to have had it all: his talents are a mix of Chaplin's balletic dexterity, Buster Keaton's acrobatics, and Harold Lloyd's naive romantic charm. While Chaplin's signature character was a tramp, Linder almost always portrayed a wealthy playboy, immaculately dressed, frequently topped with a silk hat. His films are both witty and silly, where smart little gags mingle with broader slapstick.

Although Linder reportedly made more than two hundred short films in his native France -- a small handful of which popped up on the 2003 DVD Laugh With Max Linder -- this particular collection focuses on a few of Linder's American works that he also wrote and directed, namely three hour-long features from 1921-22 and a two-reeler from 1917. 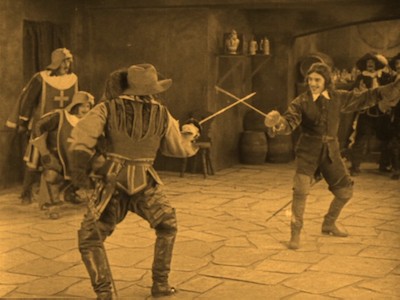 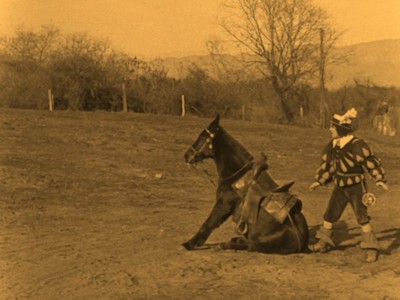 First up on the disc is 1922's The Three Must-Get-Theres, a parody of the '21 Douglas Fairbanks version of The Three Musketeers with Linder in the D'Artagnan role, here renamed "Dart-In-Again" (the titular musketeers have been rechristened Walrus, Porpoise, and Octopus). Linder is quite faithful to the plot of his source material, but he creates numerous hilarious original sequences within that story framework. In an early scene, D'Artagnan leaves home on a donkey who is too in love with the family cow to go away; the donkey tosses the would-be musketeer off its back repeatedly until D'Artagnan promises to find a real sexy lady mule for him in Paris, which perks the donkey up immediately. Humorous fencing scenes abound, often punctuated by surprisingly self-conscious and anachronistic jokes. Before commencing a duel, D'Artagnan is warned that his opponent has "put more guys underground than the New York subway." Later, the musketeers tangle with the villainous Cardinal Richie Loo's men and triumph; when more soldiers come along, one of the slain men is awoken to explain what just happened before lying down dead again. And we haven't even gotten to D'Artagnan's wristwatch or the knight riding a Harley.

With its elaborate settings and willingness to fracture the reality of the story, The Three Must-Get-Theres is atypical for a Linder production, which makes its placement as the first film in this collection a little misleading. However it's easily the most ambitious and possibly the funniest of the included films so, on the other hand, I don't fault the curators' impulse to make a strong first impression. 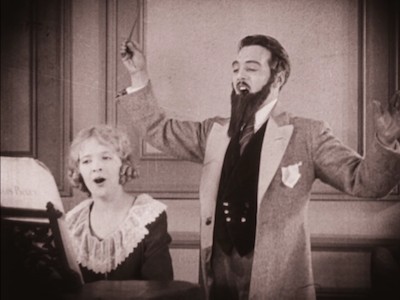 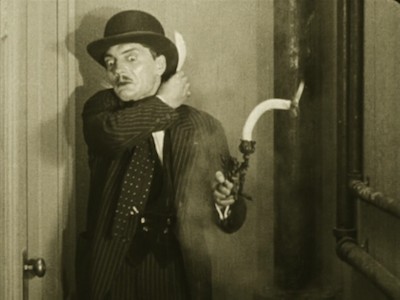 The second film featured here, 1921's Be My Wife, was believed for years to be partially lost and was only presented as a 13-minute excerpt on the Laugh With Max Linder disc. However, the missing sections were found, and the complete film was restored in 2008.

In this one, Max is desperate to marry Mary (Alta Allen), but her fussy old aunt Agatha (Caroline Rankin) thinks she would be better off with the rotund Archie (Lincoln Stedman) and bans Max from their house. Max comes up with a few hare-brained schemes to get back in, such as putting on a beard and pretending to be a music teacher. He even pretends to get into a brawl with an imaginary prowler to prove his worth and win Mary's hand.

Once they are married, their difficulties escalate to the realm of sublime farce, with the newlyweds trying to catch each other in the act of adultery. Max stakes out in the boiler room of a speakeasy where he believes Mary is meeting another man. Meanwhile, all that heat makes him awful thirsty and all he can manage to drink is delicious, delicious alcohol. When Mary brings the cops to raid the very same speakeasy, where she believes Max is meeting another woman, everyone ends up surprised by what they find inside.

Be My Wife is the most episodic of the three features, which possibly explains why it had been cut up into smaller pieces previously and which makes it a little less impressive than the other two full-lengths. That said, the speakeasy sequence -- which just resurfaced with this new restoration -- is one of the funniest and most cleverly staged slapstick setpieces I've ever seen. Linder's sense of timing is impeccable. 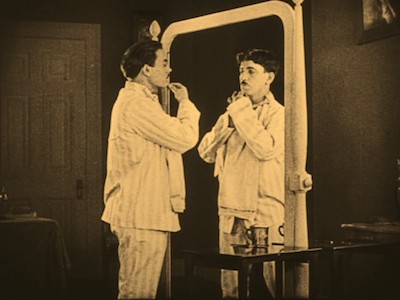 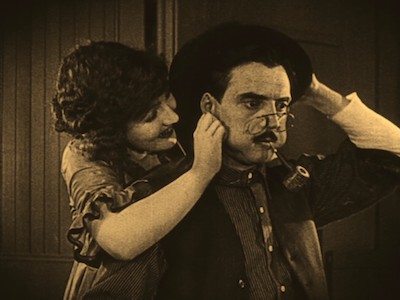 The earliest of the three features, 1921's Seven Years Bad Luck, once again has Max thwarted in his desire to marry Alta Allen's character (here named Betty). After his mirror is broken twice, Max becomes convinced that he is stricken with bad luck, so he decides to put the wedding on hiatus and leave town. This just invites more bad luck. While he's gone, his friend swoops in and proposes to Betty. When he gets off the train at his new destination, he is immediately robbed of all his money and belongings. He sneaks back onto the train, but soon has to undertake a number of disguises to evade capture. But you can only run from the law so long, and soon Max is tossed in jail, forced to scratch the back of a fellow prisoner with fleas.

The film has two laugh-out-loud sequences which were quite possibly the inspiration for similar scenes in later classic comedies. One occurs early, after Max's valet accidentally breaks the mirror (the first time) and then corrals the cook to stand behind the mirror frame and mimic the boss's actions while he shaves. This "human mirror" gag, of course, popped up later in the Marx Brothers' Duck Soup. The other influential scene occurs during the section when Max is on the run from the law. He decides to hide in the lion cage at the zoo, where he finds a very friendly female lion with whom to hang out. The lion cage scene in Chaplin's The Circus seems clearly inspired by this moment. 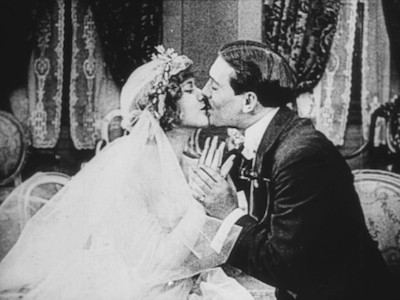 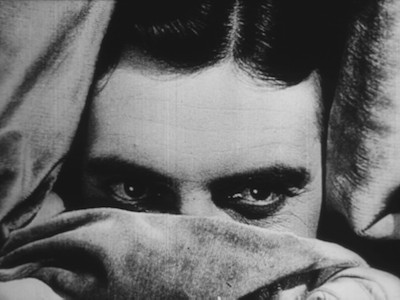 The final film is a short called Max Wants A Divorce. Originally released in 1917, it has a completely different tone from the preceding features. The short still has plenty of laughs, but it feels less grounded this time, with more emphasis on the gags than on integrating those gags into a narrative.

Max has just married Martha Mansfield when he receives a letter informing him that he will inherit a truckload of cash... as long as he is a bachelor. He makes a deal with his new wife to give her a pearl necklace and a second shot at the marriage, if she just divorces him now so he can get that cash. They come up with a plan for Max to be caught cheating by a private detective, so they can legally divorce. Unfortunately, Martha turns out to be too jealous to let Max seduce another woman, even with a pearl necklace and millions of dollars at stake, so she interferes with the illicit rendez-vous and nearly derails the plan she helped cook up.

There are plenty of chuckles to be mined from the couple's arguments over the minutiae of the plan, such as how fat or thin the potential adulteress should be (Martha naturally thinks, the fatter the better). But Linder pushes his little sitcom a little too far by introducing a subplot involving an experimental psychiatrist whose cuckoo patients are being treated right next door to the staged seduction. The psychiatrist eventually pays off within the main story, but the narrative gymnastics Linder performs to make that subplot work comes off as an unnecessary stretch.

The Video:
Considering the age of the source material, this standard 1.37:1 presentation is extremely pleasing. The Three Must-Get-Theres is probably the least damaged-looking overall, while Max Wants A Divorce has clearly degraded over time. The other two films look better than they did on the Laugh With Max Linder disc, with Be My Wife a stark improvement over the second-generation-video look of the 2003 version. Even Seven Years Bad Luck, which looked pretty good before, has clearly been given some additional digital clean-up to remove the most egregious dirt and scratches. Must-Get-Theres and Bad Luck also have their original color tinting.

The Audio:
The disc offers different musical accompaniment for each film, all presented in a crystal clear Dolby 2.0 audio mix. Must-Get-Theres and Bad Luck both get full scores by Maud Nelissen and Robert Israel respectively. Be My Wife and Max Wants a Divorce have piano accompaniment by Eric Le Guen and Donald Sosin respectively.

Special Features:
Just the upbeat feeling one gets from knowing you are witnessing joy-inducing art that has been rescued from oblivion.

Final Thoughts:
The Max Linder Collection is evidence that Linder deserves to be spoken of in the same breath as Chaplin, Keaton, and Lloyd. But this isn't a release just for historians. This DVD is for anyone who likes to laugh. Highly Recommended. 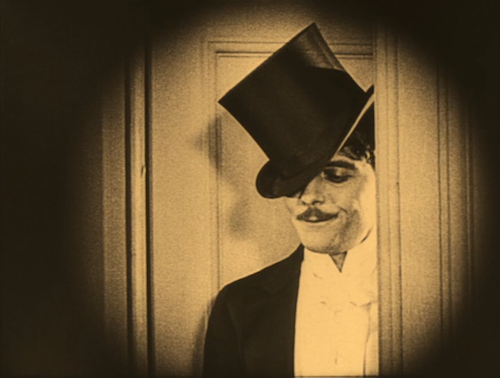