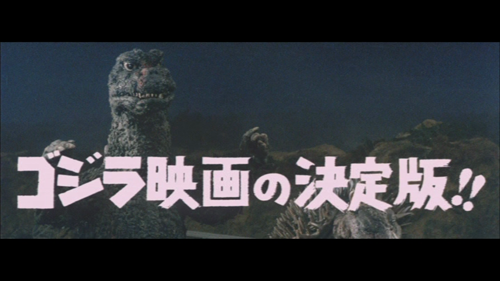 Can you dig it? With Godzilla Vs. Gigan, we encounter flying creatures from another galaxy, cockroach aliens, a groovy karate-kicking girlfriend, a valuable reel-to-reel tape - and a theme park complete with Godzilla-shaped observation tower.

In advance of the hyped-up Godzilla reboot with Bryan Cranston, Kraken Releasing has reissued several of the bumpy-skinned guy's vintage Toho flicks in affordably priced ($9.98 MSRP for the DVD) home video editions. While 1972's Godzilla Vs. Gigan probably isn't the best place to start, it does boast plenty of silly rubber-suit-on-miniature-model action.

Released theatrically in the United States as Godzilla on Monster Island in 1977, this wildly plotted, absurd outing represents Toho's continuing efforts to soften Godzilla into a kid-friendly beast who comes to humans' aid in times of crisis - kind of like a giant-sized, radioactive ray-emitting John Kerry. A far cry from the terrifying, nuclear fallout-generated creature seen in the original Gojira (1954), Godzilla here becomes Earth's altruist defender against a race of aliens intent on enslaving Japan via the harmless-looking theme park they're constructing. "Children's Land" is promoted as a plea for peace between all nations - yet in reality it's a front for a more sinister enterprise. The plans to destroy Monster Island by evil CEO Kubota (Toshiaki Nishizawa) get foiled, however, when a valuable tape recording falls into the possession of a hapless unemployed comic book artist named Gengo (Hiroshi Ishikawa). Containing special frequencies calling out to Godzilla and other Monster Island residents, the tape was smuggled out of Children's Land's state-of-the-art headquarters by a secretary. Gengo learns that Machiko (Tomoko Umeda) took the tape as a bargaining chip to find her scientist brother, Takashi (Kunio Murai) - kidnapped by Kubota and his goons. Along with Gengo's karate-kicking girlfriend and Machiko's plump hippie friend, this group of groovy do-gooders eventually call on Godzilla to help destroy Kubota's minions and the monsters they summoned for battle - thus sparing the world of being taken over by duplicitous, oversized cockroaches.

I know what you're thinking by now - what about the monsters? Godzilla enlists the help of spiny ally Anguirus to battle in a giant latex creature wrestling tag-team match. Their opponents include King Ghidorah, rubber-necked, bat-winged and armless three-headed dragon previously seen in 1968's Destroy All Monsters. Ghidorah's partner-in-mayhem is a shiny new addition to the series - Gigan, a reptile-robot hybrid with a single laser beam eye, formidable claw-arms and a rotating chainsaw blade inserted in his belly. In all honesty, the fight scenes are pretty dull with recycled stock footage and unexceptional special effects - you'd think Toho would have progressed from rubber-suited men stomping around on a set by now. The climactic four-way confrontation seems to go on forever, punctuated with random shots of exploded debris flying at the camera (an homage to Zabriske Point?).

Competently directed by Godzilla vet Jun Fukuda, Godzilla Vs. Gigan does its best with a limited budget and a second hand story. I thought the human cast was pretty interesting and the production, silly as it was, benefitted from the script's sheer weirdness (a theme park as gateway to world domination?) and some above-average set designs giving it a '70s-modern feel.

This particular DVD edition of Godzilla Vs. Gigan presents the film with the original Japanese cut (at one point, Gengo calls his girlfriend a bitch - a startling bit of dialogue taken out of the U.S. edit). The DVD's English-language dub includes the monsters "speaking" to each other, an unfathomable addition which adds another layer of camp to what was already a ludicrous entry in this series. Viewer-san, beware! 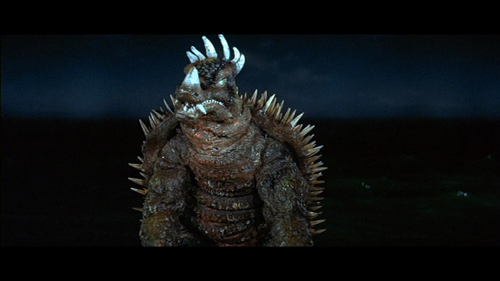 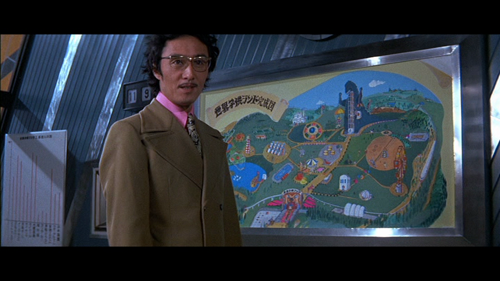 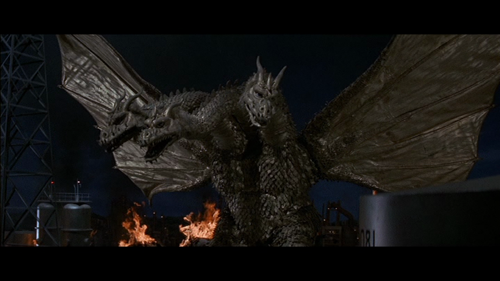 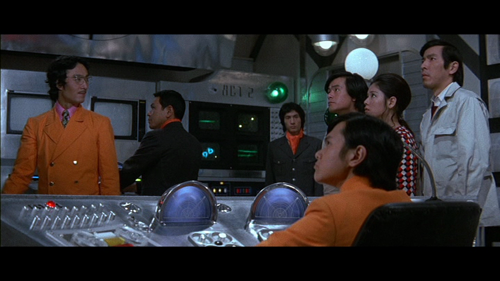 Kraken Releasing and Section 23's DVD version of Godzilla on Monster Island showcases the film in a 2.35:1 letterboxed anamorphic image taken off a relatively clean-looking print. While I didn't have Sony's out-of-print 2004 edition of the film on hand to compare, this particular transfer sports vivid color and sharp detail. Artifacts are kept to a minimum, while the darks are keyed in to a satisfactory level without looking too murky.

The disc provides mono soundtracks in both the original Japanese (with optional English subtitles) and the English dub. Both are decent mixes with clear dialogue and an unobtrusive music and special effects track. While it does sound raggedy at the louder end of the spectrum, the sound quality typifies discs of films from that period.

A sole bonus is the film's two-minute Japanese Trailer with optional English subtitles. The trailer has the addition of text balloons popping up showing the monsters' thoughts (a feature on the original Japanese release?).

The mediocre yet fun kitsch-fest Godzilla on Monster Island (which deceptively does not take place on Monster Island) may not count as one of the finest Godzillas, but completists who missed out on the earlier DVD will enjoy this one with subtitled Japanese and English-dubbed soundtracks. Rent It. 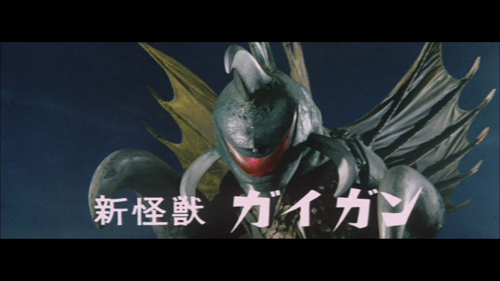 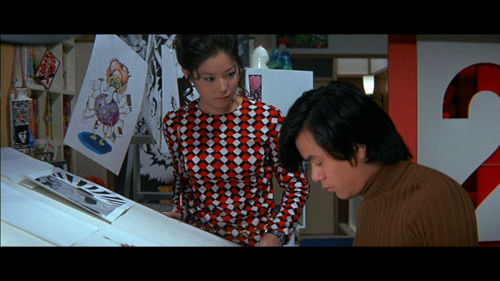