Art of the Steal, The 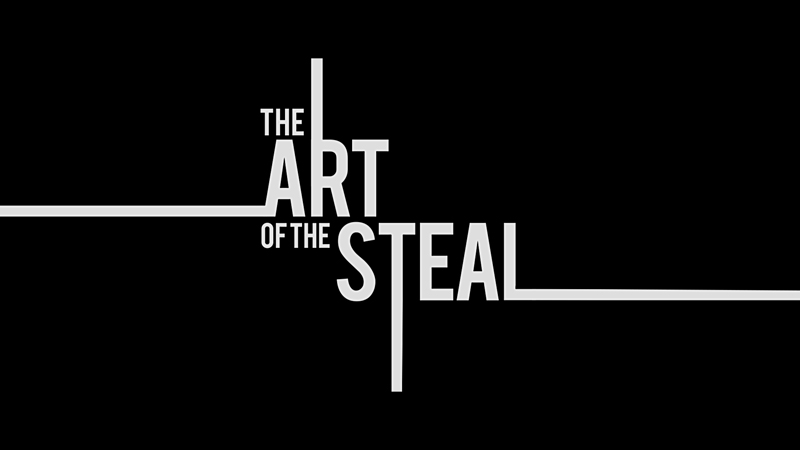 
The Movie
Aren't heist films great? Obviously not a crap heist film like Tower Heist, but your Rififis and The Killings, where the crime is crisply and intricately plotted and depicted. The modern classic is Ocean's 11, and Steven Soderbergh and his high-powered cast simultaneously resuscitated the genre and snuffed it out by setting the bar incredibly high. There have been a few positive, though somewhat grim attempts in the years since, like the Jason Statham-led The Bank Job and Ben Affleck's The Town, but perhaps we're back in the game of making fun heists, following last year's magic-themed Now You See Me and now The Art of the Steal, an underrated little flick with one outstanding cast.

Kurt Russell plays Crunch, a former art thief who works as a motorcycle-riding daredevil, making more money by crashing than landing a jump. He's living a quiet life of desperation with his beautiful wife Lola (Katheryn Winnick) and his apprentice Francie (Jay Baruchel) when his half-brother Nicky (Matt Dillon) walks back into his life, getting him involved with the cliched one last con. Nicky left Crunch holding the bag on their last job, which left Crunch in prison for several years, so Crunch isn't too keen on joining up again, but money has a way of being rather convincing. So the old crew, including wily Irishman Paddy (Kenneth Welsh) and French forger Guy (Chris Diamantopoulos), are back together to steal a copy of Guttenberg's rare and controversial second book.

However, that's not the whole story, as the film layers heist upon con game upon heist upon con game, with each well-defined and self-contained, yet they all integrate quite well, as their effect on the characters serves as the connecting tissue. Things take a unique turn with a movie inside the movie that inspires an extension of the heist, and a series of twists that will leave you questioning what's true about what you're watching. The film manages to keep its momentum flowing, even though the final third is a parade of surprises, all of which are explained through expanded versions of scenes seen previously in the film (so they all pretty much work logistically in the framework of the film.) It's easy to see where the film could have gone off the tracks with all the ways it misleads the viewer (along with several of the characters), but seeing how it all plays out (and is explained) in the end is hugely satisfying. 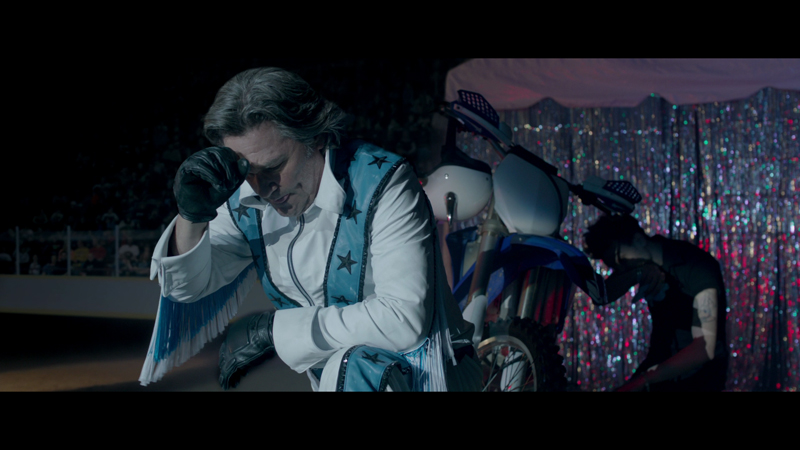 To be honest though, as entertaining as the story is, the film is really an exercise in fantastic acting, with everyone carrying their weight (with the exception of Winnick, who, at least here, is pretty much just a pretty face.) Russell is perfect as Crunch, delivering a balance of confidence and humanity, giving the film the core it needs, while Dillon hits his marks as the smarmy brother. Welsh doesn't have a great deal to do as the smooth Paddy, but he fits the part like a glove, and Diamantopoulos is brilliant as the French forger. You could drop these four into the midst of Danny Ocean's team and not miss a beat.

However, if the movie rides on three performances (other than Russell's starring role) it's Baruchel, who continues to shine in these kinds of parts, and the Interpol duo chasing Crunch's crew, payed by The Daily Show's Jason Jones and the great Terrence Stamp. Baruchel and Jones are responsible for the film's biggest laughs, in two very different performances, while Stamp, who plays an co helping the authorities in order to shorten his sentence, joins with Russell to give an otherwise lightweight film genuine gravitas.You'll want to follow the action, but it's hard not to get sucked in by the acting with the team on-screen here.

Jonathan Sobol, who looks to have a solid career ahead of him, manages to juggle a lot in this movie, from a talented cast to a complex script to a visually outlandish presentation that utilizes a lot of what could be considered "gimmicks," but which fit the tone of the film. Still frames, on-screen text, artificial-looking scene construction, CG effects and a lot of graphic tricks make for something of a hyperactive look, but they help create a sense of fun, which is exactly what this film is all about. As well-plotted as it is, it's a comic heist, and it manufactures laughs as well as it develops tension, with scenes that ping-pong between them, without feeling manic or uneven. Any movie that can combine a pistol-wielding pirate, a four-foot-tall vagina and top-of-their-games Baruchel and Jones without feeling contrived or goofy, is way ahead on the scoreboard. 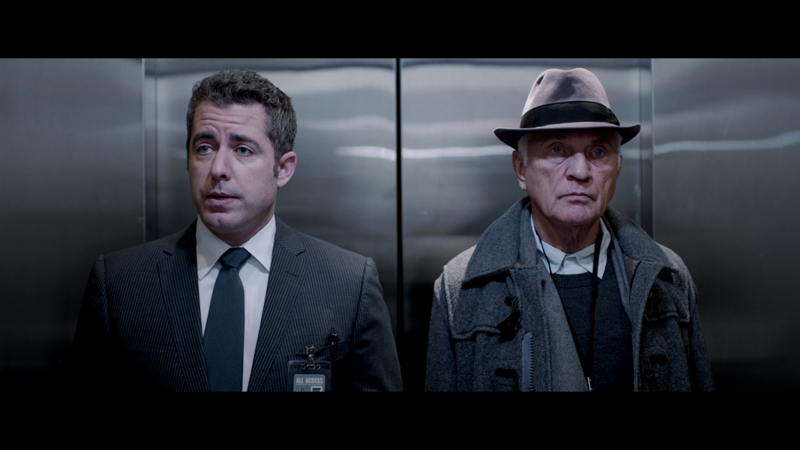 The Disc
The Art of the Steal arrives on one Blu-Ray disc in a standard Blu-ray keepcase. The disc has an animated menu with options to watch the film, select scenes, adjust the set-up and check out the special features. There are no audio options, though subtitles are available in English SDH and Spanish.

The Quality
The 1080p, AVC-encoded transfer comes in surprisingly low on fine detail, with softer lines and textures than you'd expect for a new movie, though the contrast, color (heavily on the blue side of the palette for most of the film) is appropriate, and fleshtones and black levels are solid. There are no issues with compression artifacts or dirt or damage (except for what is meant to be there) The movie looks good, but not as good as you're used to these days.

The 5.1 DTS-HD Master Audio track is a good fit for the film, pairing clear, clean dialogue with a very active and fun soundfield, marked by lots of activity in the surrounds, and creative activity at that (one drunken scene sees (hears) the sound bouncing around the channels to imitate the distortion of inebriation.) Atmospheric effects and an engaging score give the side and rear speakers plenty to do, and the low-end kicks in effectively as well. A good time to be heard.

The Extras
A surprisingly engaging collection of extras awaits, starting with an audio commentary featuring Sobol and producer Nick Tabarrok. A friendly vibe covers this track from beginning to end, as they share production details, talk about what they would change after the fact and discuss some cut sex scenes, as well as their need for a Hello Kitty vagina and what the all-time greatest scene set in a car's trunk is. A quality track from beginning to end.

A rather deep 29:36 featurette, "Doing the Crime: Making The Art of the Steal" is up next, and it includes interviews with Sobol, Tabarrok and every star seen on the screen. Usually one or two go missing in these things, but the whole gang takes time to talk about the experience and polish each other's apples, especially Russell's (which is to be expected.) All elements of the production are covered, from the development of the script through filming, and the tone is, like the film, fun, with everyone seeming to enjoy themselves. Fans of the actors will want to check this one out for sure.

The final extra seems small by comparison, checking in at 5:03, but "The Making of The Theft of the Mona Lisa" is interesting in its own right, as it shows all the greenscreen and CG work that went into creating the film within the film. Scenes are broken down with original footage and composited elements, with a final side-by-side of the finished scene and the green screen material. A very cool featurette for fans of effects work. 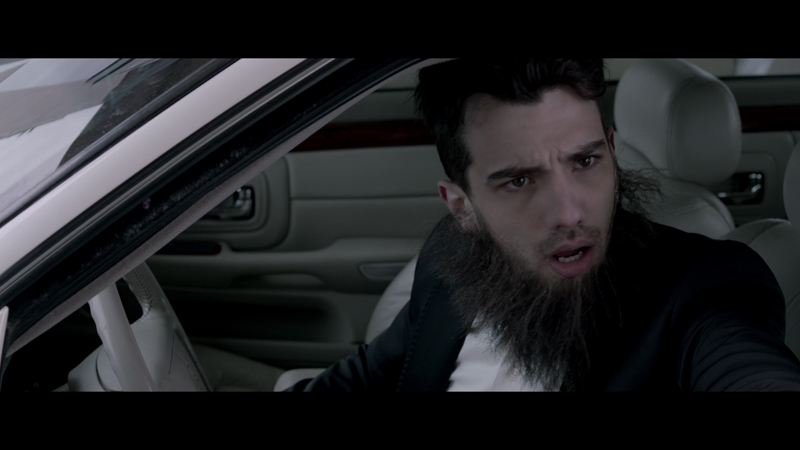 The Bottom Line
The cast is the obvious reason to watch The Art of the Steal, but the rest of the package lives up to the lofty expectations created by seeing names like Russell and Stamp. The end result is a fun and exciting heist film that manages to be silly and suspenseful, and a great, breezy 90 minutes. The Blu-ray is similarly impressive, which good AV and some interesting bonus features. The Art of the Steal could easily become one of those movies you can always turn to whenever you're looking for something fun to watch