Is the son who follows in his father's footsteps doomed to make the same mistakes, or on the other hand, find the same successes? Director Bernard Rose ("Immortal Beloved") sets out to address that very question in "Two Jacks" his fifth film based (how accurately, I can't say for certain), on the story "Two Hussars" by Leo Tolstoy. Reuniting for the third time with Danny Huston, Rose sets out to craft a tale of a brash Hollywood director, Jack Hussar returning to the seat of all power, cinematic for a night on the town to secure financing for his latest film. While simultaneously leeching off the naïve desperation of low-budget producer Brad and rubbing palms with the industry's more elite, Lorenzo, Jack lays on a thick swath of charm, while deftly, but often obviously, dodging questions related to his next film's plot, budget, and ultimate purpose. It's obvious Hussar is a conman, not to mention a womanizer, setting his sights on the affections of young Diana (Sienna Miller). Without spoiling too much, "Two Jacks" takes a narrative shift midway through as we depart the senior Hussar, to jump forward in time as his son, Jack Hussar Jr. (Jack Huston) begins a very familiar journey of his own, encountering an older Diana (Jacqueline Bisset) before setting his own sights on her daughter, Lily. It's a multi-layered tale that feels like a very fresh twist on source material normally set during a much different time period. 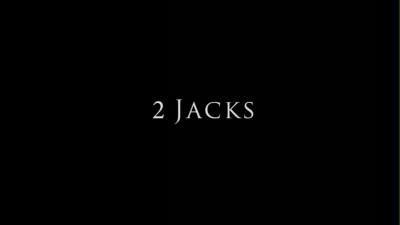 Bernard Rose's approach to filmmaking is a curiosity. "Two Jakes'" most striking feature is its visual style, which changes dramatically upon the shift in narrative at the midpoint. Using a nearly monochromatic (although heavily de-desaturated is a more apt descriptor) color palette for the senior Hussar, Rose and his cinematographer create a nearly dreamlike world of old Hollywood, despite the wardrobes of many key players as well as settings feeling anachronistic. The shift in Diana's age across the two stories indicates decades have gone by, but there's no real key apart from a few throwaway lines that would identify the actual year the film is set in. Getting past this odd point of confusion, when the film bustles with color and vibrancy in the second half, the narrative tone, in particular a stylized third act tryst between the junior Hussar and Lily behind the wheel of a moving car, heighten the dirtier side of Hollywood and accentuate the personality difference between father and son. 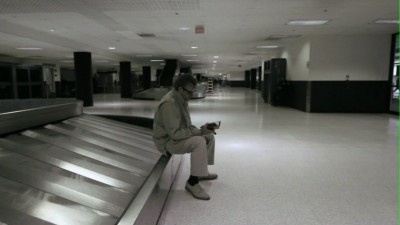 Although one film by design, "Two Jakes'" split narrative is such a contrast that it feels more like two shorts stitched together by the commonality of characters and there's also a distinct difference in quality in terms of writing between them. Danny Huston's performance is incredibly low-key, but brimming with an over inflated sense of ego and bravado that allows him to woo women and con the moneymen. He's very much a director of years bygone and I suspect it's no accident Huston himself was cast in a role that shares some very surface level comparisons with his real-life father, the legendary John Huston. Jack Huston's performance is tonally opposite and almost as equally impressive as his uncle's work in the first half, but the necessary shift in tone makes for a decidedly dismal slog to the finish line. The elder Hussar's tale is one of caution: trading in on your name can only get you so far as Hussar Jr., exhibits few of the charismatic flourishes that seemingly made his father a success. That's not to say "Two Jacks" loses enough to steam to make the end product a wash, but it is safe and accurate to say, the listless ending lessens a potential impact and possible elevation of the film as a final product. 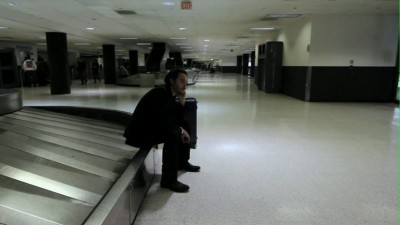 With a decided sparse sense of relevant dialogue at times, "Two Jacks" is a tough nut to crack on an initial go around; those not expecting the shift in narrative will be thrown off and those entertained enough by what it has to offer may want to revisit it once to explore the dualities present. I'd make a case for the film aspiring to be more than what it clearly conveys to audiences and that is a sly deconstruction of the shallow nature of Hollywood. There's a cameo by Billy Zane as the film's A-list star, sought by all and given Zane's status as a perennial B-actor (some may argue at this point C-list, but I'd disagree) and the John Huston connection to the film, I feel safe in saying this is a clever wink to audiences that not all here is to be taken seriously and we as the audience should take this incessant superficiality with at the very least, a mild chuckle. "Two Jacks" is a mildly fascinating cinematic exercise: intriguing, mildly poignant, stylish, and yet unfulfilling.


The 1.78:1 anamorphic widescreen transfer is wholly average with the film's color anemic visual style unaided by moderately weak contrast levels. There's a healthy dose of digital noise/grain present to the picture as well as unobtrusive artifacting. The second half, which becomes more vibrant in color, feels a tad blown out at times, and I can't say for certain it's an intentional choice or the result of very low budget filmmaking.


The Dolby Digital English 5.1 audio track is surprisingly well mixed for a dialogue heavy film. The surrounds don't spring to life very often, but the audio itself is very clean and crisp. There are a few standout moments, namely the previously mentioned third act stylized love sequence, that the film's score provides some necessary thematic punch.


Extras include a behind-the-scenes featurette and a brief film festival Q&A piece.

"Two Jacks" is a noble effort at modernizing the works of Tolstoy; although I haven't read the original story personally, knowing some of the author's themes off-hand, I can see Rose likely very loosely based his own tale of Hollywood success, failure and fate on "Two Hussars." The final product is a mixed bag, caught under its own weight of ambition, leaving more intriguing ideas buried too far below the surface to be fully explored. Rent It.