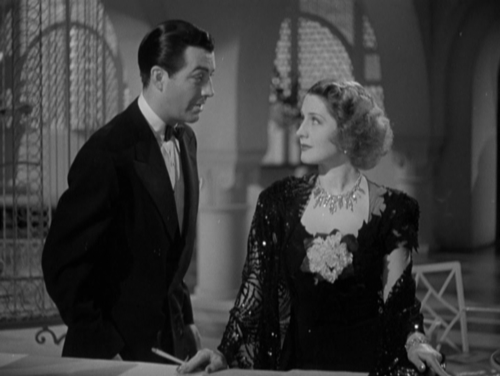 Though it was not publicized as such, 1942's Her Cardboard Lover turned out to be Norma Shearer's final film appearance before retiring from acting. An uneven but overall amusing romantic comedy, the film sends Shearer off with neither a bang nor a whimper (although, financially, the film was a disappointment). She was re-teamed with her Escape co-star Robert Taylor and The Women director George Cukor for this third Hollywood film adaptation of Jacques Deval's 1927 play Dans sa candeur naive (the English-language Broadway adaptation, also called Her Cardboard Lover, was script-doctored by P.G. Wodehouse). Although Shearer is stuck with the almost thankless role of a smart woman who is incongruously stupid about love, she knows what she is doing, and her character comes off as suitably charming and funny.

Four screenwriters are credited with this adaptation, but they must have largely been responsible for punching up the dialogue, since the structure of the film still feels very play-like, with three distinct acts set during three distinct time periods.

The weakest of these acts, unfortunately, is the opener. At a beachside casino, alluring but distant woman-of-means Consuelo Croyden (Shearer) catches the eye of vacationing songwriter Terry Trindale (Taylor). Trindale sends himself to the poorhouse, gambling away every last cent just for the chance to sit at the baccarat table with Consuelo. When he ends up owing her $3200 he doesn't have, he tries to convince her to forgive his debt since he's in love with her. She declines, but makes a hare-brained counter-offer that must have made better sense in the original French: Trindale will repay his debt by acting for ten weeks as Consuelo's fake boyfriend. In this role, Trindale must safeguard against Consuelo being fooled into reconciling with her ex, seductive rake Tony Barling (a perfectly cast George Sanders), whom she truly loves despite his constant unfaithfulness.

These first twenty minutes or so don't seem promising, to say the least. Taylor plays Trindale as a man who has been turned into a complete dope by infatuation. When Consuelo rebuffs him, the audience sides with her. On the other hand, Consuelo is such an ice queen that it's hard to understand what Trindale sees in her -- other than she looks like Norma Shearer, of course. And that central conceit -- jeez! -- there are body-switch movies from the '80s that have a more plausible set-up than this one.

But something wonderful and strange happens after Trindale agrees to work off his debt in this unusual way. Taylor's performance stops being painful. He goes from being a cartoon dope to a mischievous fox, as his character has to constantly outsmart Consuelo and keep her from seeing Tony. Like a confined werewolf or a heroin addict who is trying to kick, Consuelo tries to break free and wreak romantic havoc, but Trindale remains ever steadfast. With this unusual mission, he has unwittingly been given permission to carry out glorious, continuous revenge on the woman who shunned him. How delightful!

The final act of the film is also entertaining, if a little overblown. Taylor and Sanders's characters attack each other in an over-the-top brawl that sends fists and furniture flying. This leads to a series of silly courtroom scenes presided over by character actor Chill Wills (known for voicing Francis the Talking Mule). While there are quite a few laughs in this last section of the film, it doesn't quite match the cleverness of the tart "I hate you because I love you" dynamic that comes before it.

Eventually, Shearer's character comes to her senses about who she really loves in a sequence that's only mildly insulting to the intelligence of both Shearer and the audience. By the time Her Cardboard Lover reaches its pre-determined happy ending, the film has wandered down some unusual tonal sidestreets, but the lingering impression is a charming one, making the whole journey seem worth it. 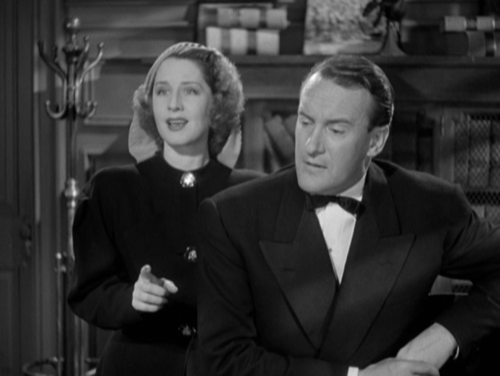 The DVD
Her Cardboard Lover comes as part of the Warner Archive Collection of manufactured-on-demand DVD-Rs.

The Video:
Although there is some speckling throughout, this 1.37:1 standard transfer looks pretty good. The level of detail is on the higher end of the spectrum for a standard-def presentation, with no noticeable compression issues, and there is a nice range of contrast.

The Audio:
Though a little quiet and trebly, this is a nice, clean Dolby 2.0 mono audio track. No hiss, no damage. The dialogue and music are reproduced with era-appropriate fidelity.

Final Thoughts:
Her Cardboard Lover may be mostly remembered as the movie that closed Norma Shearer's twenty-year movie career, but it has enough worthwhile elements beyond its historical value -- especially that wicked middle act -- that make it a romantic comedy worth checking out. Recommended. 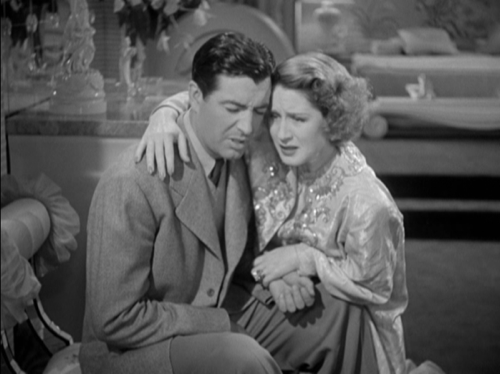