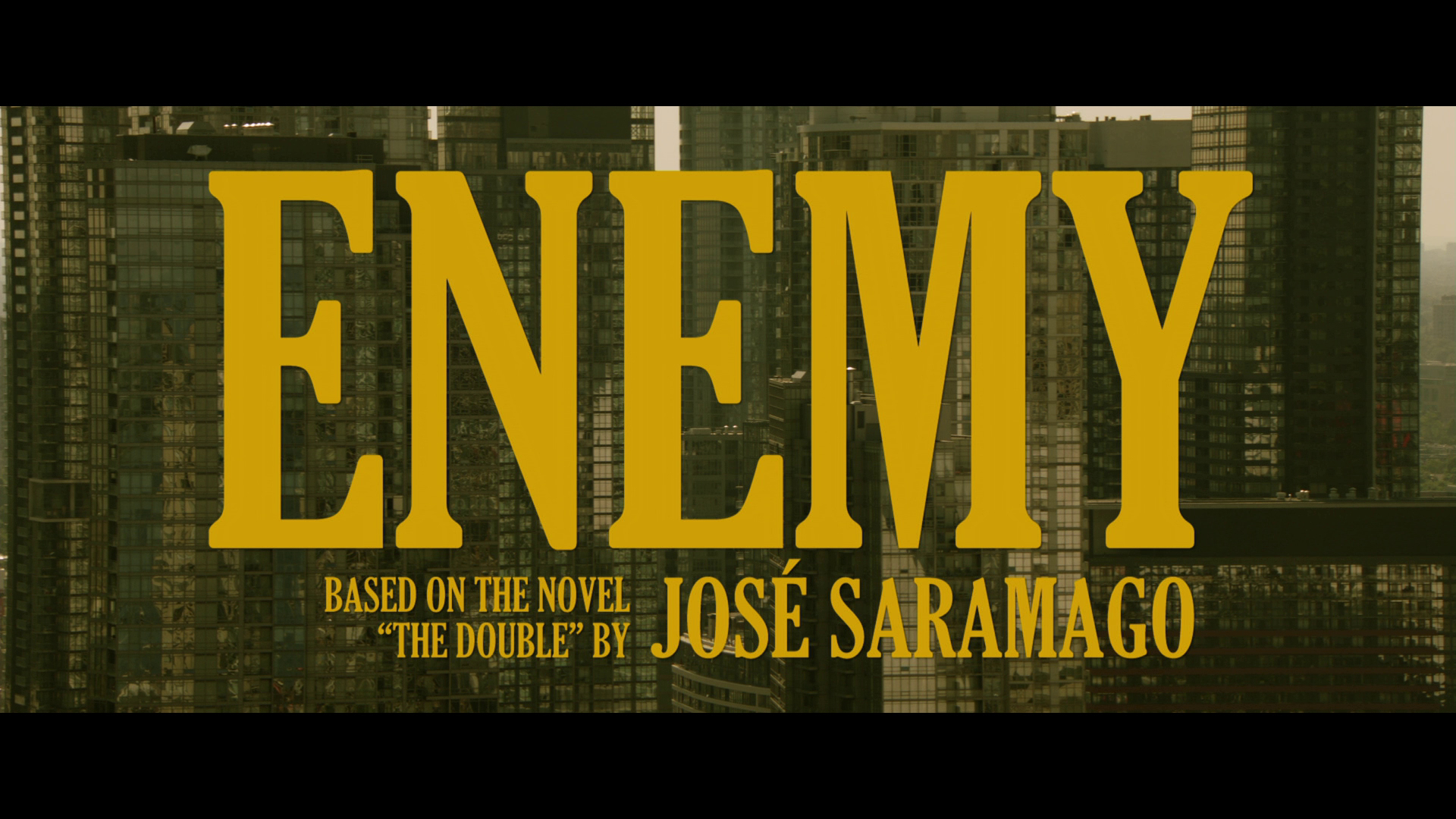 Jake Gyllenhaal plays two men that look exactly alike in the odd, haunting Enemy. College professor Adam Bell discovers his uncanny resemblance to bit player Daniel Saint Claire after spotting the actor in a movie. Director Denis Villeneuve (Prisoners) works from a screenplay loosely adapted from Jose Saramago's 2002 novel "The Double," and provides no definitive answers on interpreting the mysterious narrative. Melanie Laurent and Isabella Rossellini have supporting roles, and Gyllenhaal does a nice job giving each man his own mannerisms and personality. There are some haunting visuals here, like the giant spiders hovering above the unnamed city's skyscrapers. Enemy may not appeal to those looking for a straightforward thriller, but there is enough of intrigue here to warrant a viewing.

The film opens at an S&M sex club, and Villeneuve cuts away just before a woman in high heels crushes a live tarantula with her foot. College professor Bell commands the first half of Enemy, as he discovers and begins to obsess over his doppelganger, whose real name is Anthony Claire. Bell pays a woman to fake a romantic relationship with him, while Claire struggles to placate his pregnant girlfriend Mary (Laurent). Claire appears to be the man Bell wants to be - suave, handsome and charismatic - but initially refuses to meet the seemingly crazed Bell in person. The two men do meet and discover they share more than a face. Jealousy and mistrust cause each man to meddle in the other's life, which has unexpected consequences. 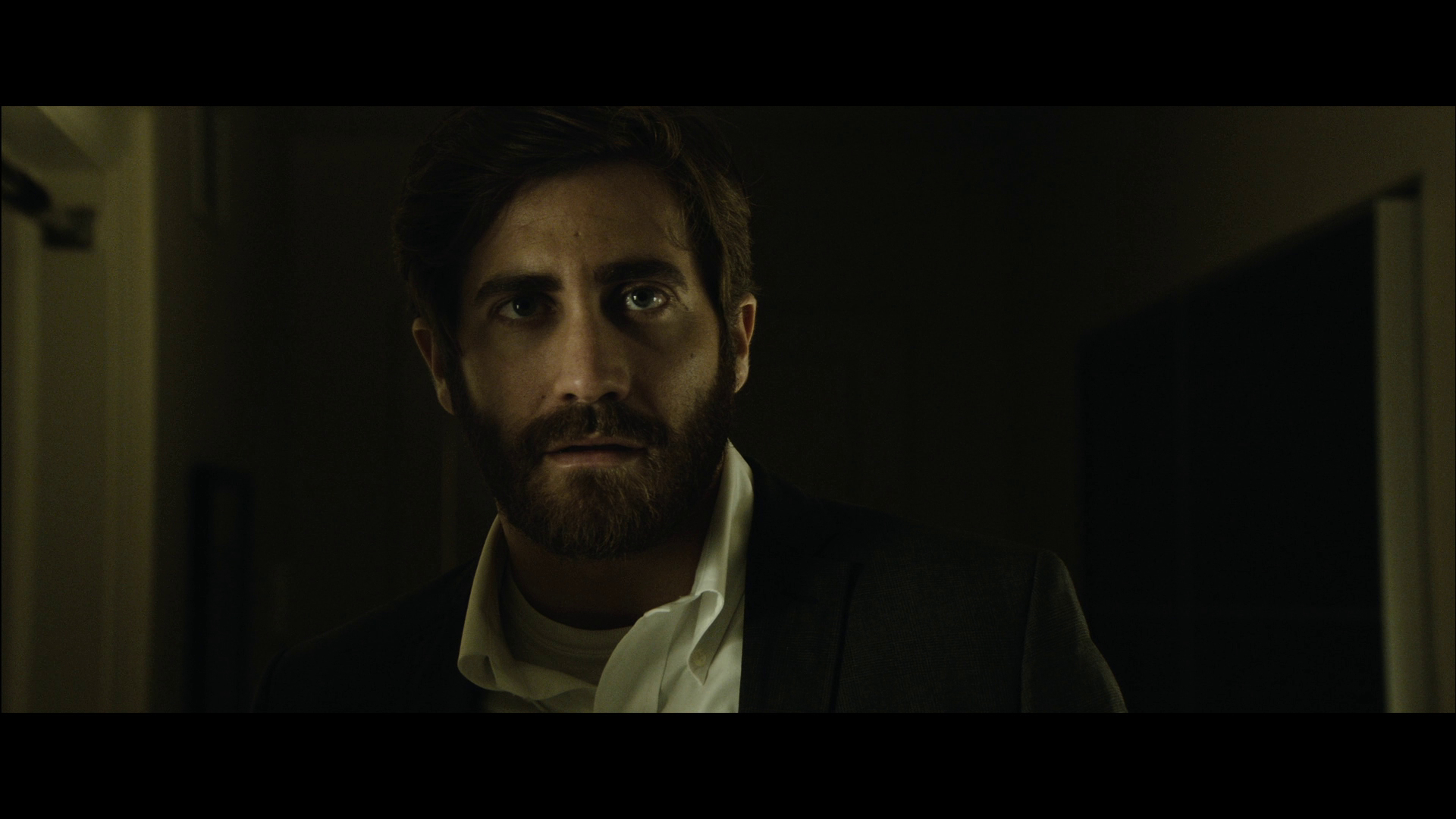 Depending on your interpretation of Enemy, the film might be an allegory for a totalitarian regime, a rumination on cheating, and/or an Identity-esque head-trip. Claire seems to have more to lose than Bell, who is eager to be confused with his more popular mirror image. The women here are important, too, though their allegiances are not exactly clear. Rossellini scolds her son Adam for not settling down, or does she? Mary is convinced Claire is cheating again, but is he? Enemy makes its audience re-evaluate the characters throughout, and I still don't claim to know exactly who aligns with whom.

The laissez-faire directing here works on some levels, but I might have enjoyed the film more had Villeneuve decided what kind of film he was making. The director uses the score, lighting and staging to create dread in scenes without any sort of frightful consequences - at least on the surface. I'm not sure whether or not Villeneuve intended each scene to have multiple readings depending on a viewer's overall interpretation of the story. This open-endedness is tiring to a point, and the film's coda, while frightening, does not exactly make the previous 80 minutes any clearer. There are some good ideas here, but Enemy does not quite come together as it should. Still, I was more than intrigued watching it once, and some viewers may enjoy peeling back the layers on multiple viewings. 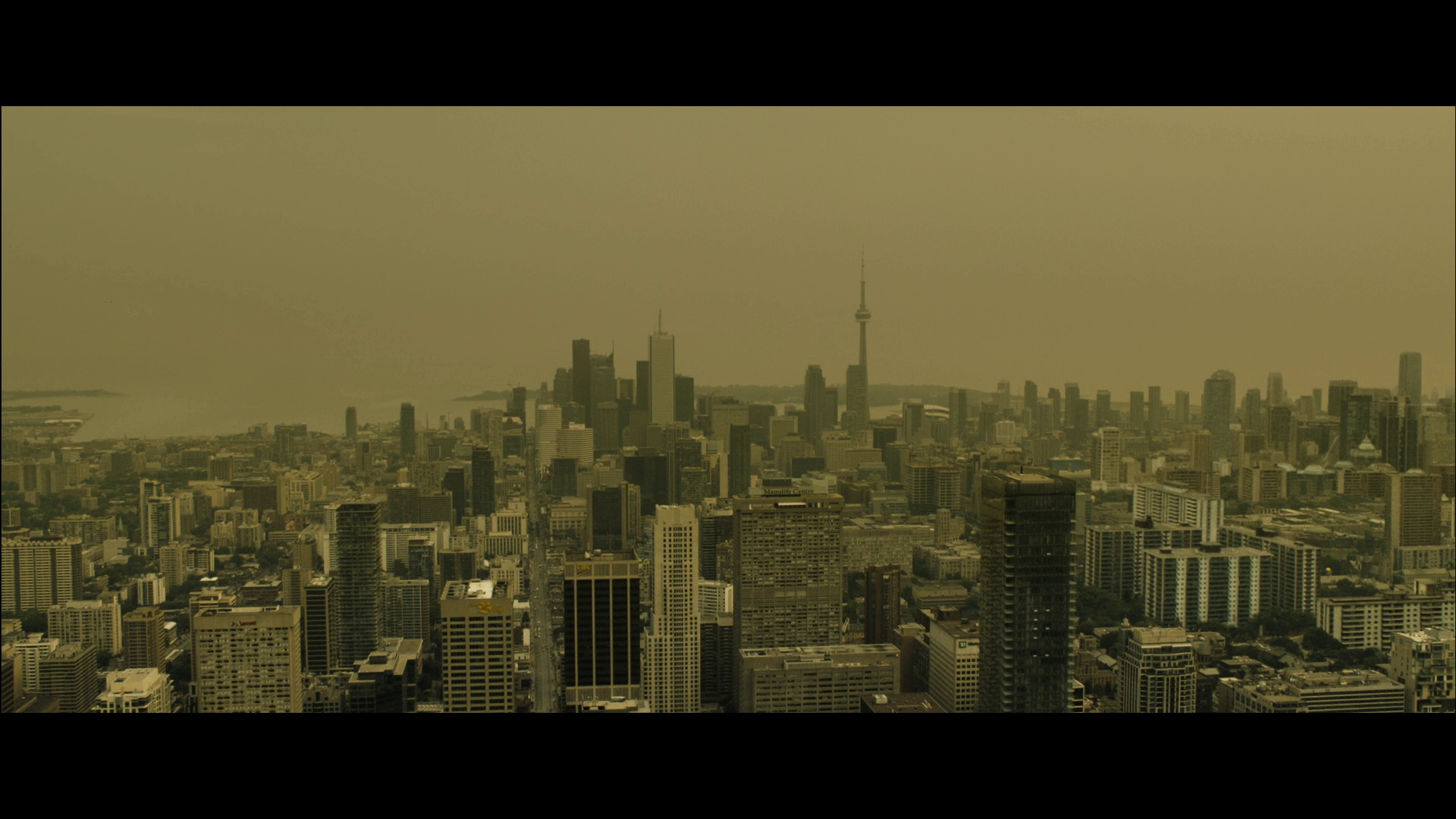 The 2.40:1/1080p/AVC-encoded image is expectedly clear and crisp thanks to the Arri Alexa-shot digital source. Villeneuve filters the image in varying shadows of yellow, which adds to the uneasy vibe. This filtering does not rob the image of fine-object detail and texture, and both close-up shots and wide shots reveal good detail and depth. Skin tones are subsequently a bit jaundiced, and Villeneuve purposely gives some scenes a softer, dreamier appearance. There are a number of scenes shot in darkness. Black levels are decent but I noticed a bit of crush. There is some digital noise in a couple of shots, and I noticed one instance of banding.

The 5.1 DTS-HD Master Audio soundtrack is crisp and clear, without distortion or anomaly. Dialogue is balanced appropriately amid the effects and score, and the minimal action effects are supported by surround and subwoofer action. Ambient effects creep up beside the viewer, and the subtle clarity here is impressive. English, English SDH and Spanish subtitles are included.

The only extra feature is Lucid Dreams: The Making of Enemy (17:22/HD), a production featurette with cast and crew interviews about the film. It is good to know that most of the actors are similarly uncertain as to what it all means.

Jake Gyllenhaal does double duty as a meek college professor and the suave actor he discovers shares his outward appearance. Director Denis Villeneuve gives Enemy a dreamy, mysterious vibe, though it is never clear how all the pieces fit together. The acting is good and story initially compelling, which makes Enemy an imperfect film worthy of your personal observations. Recommended. 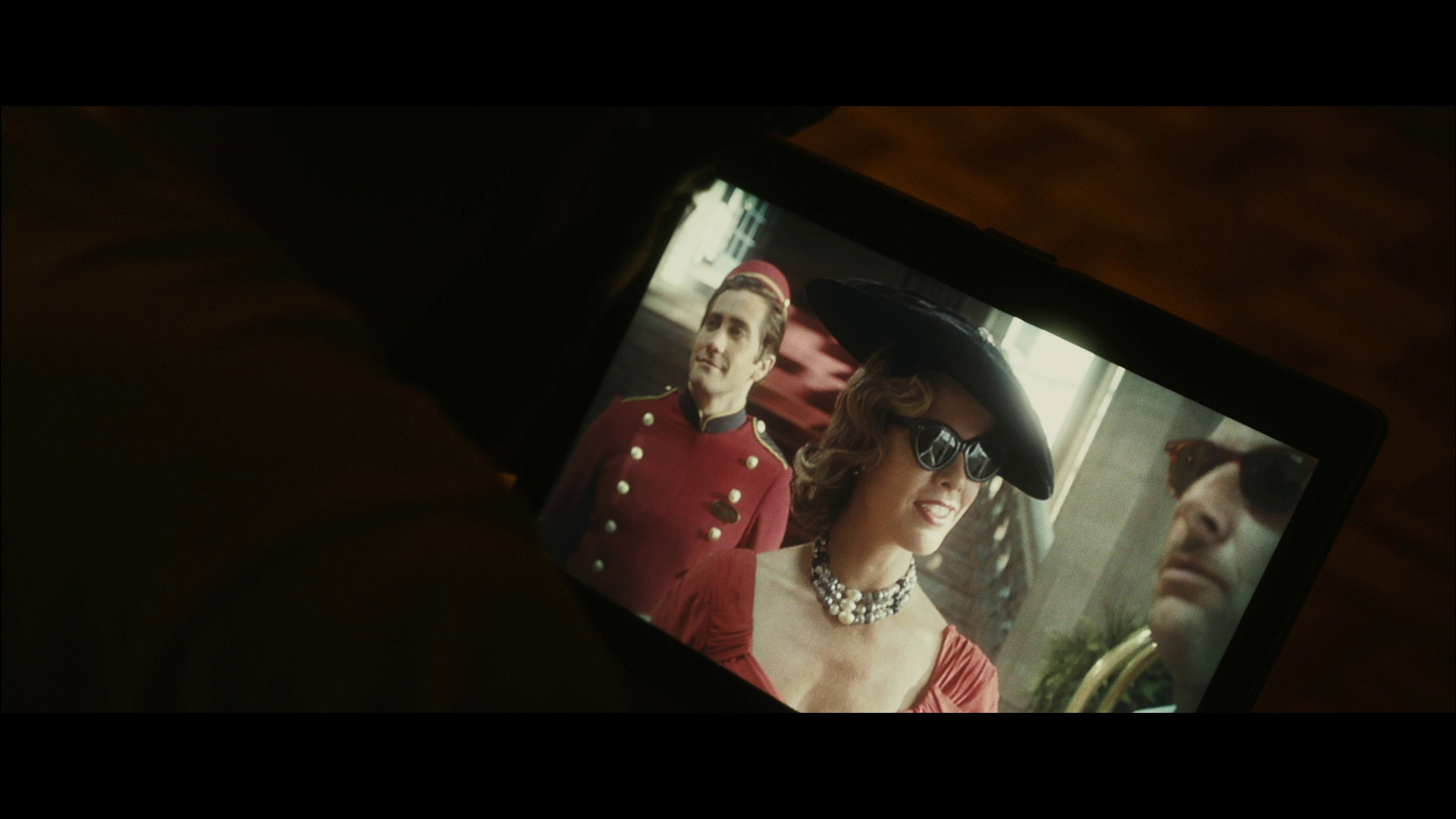 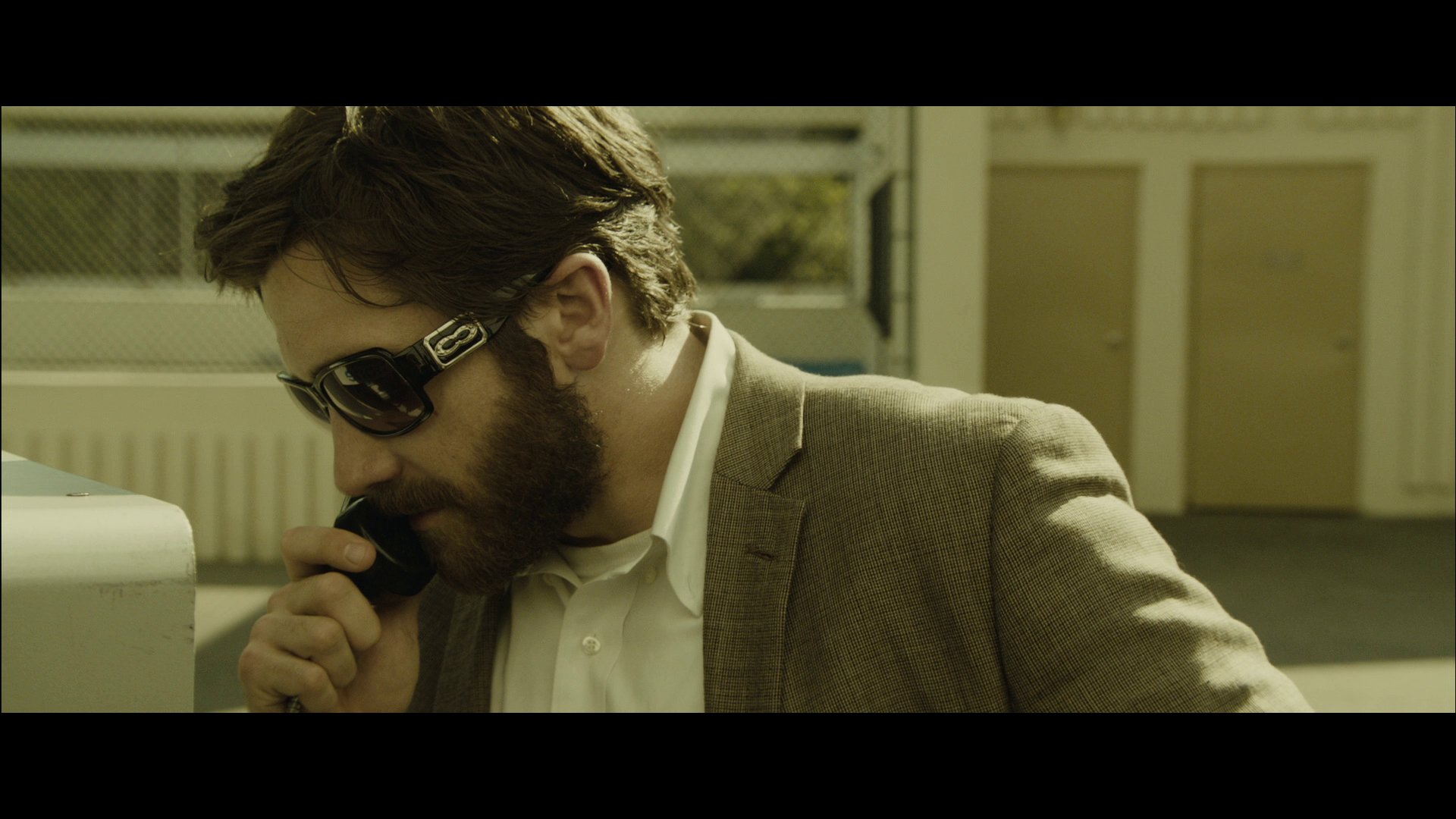 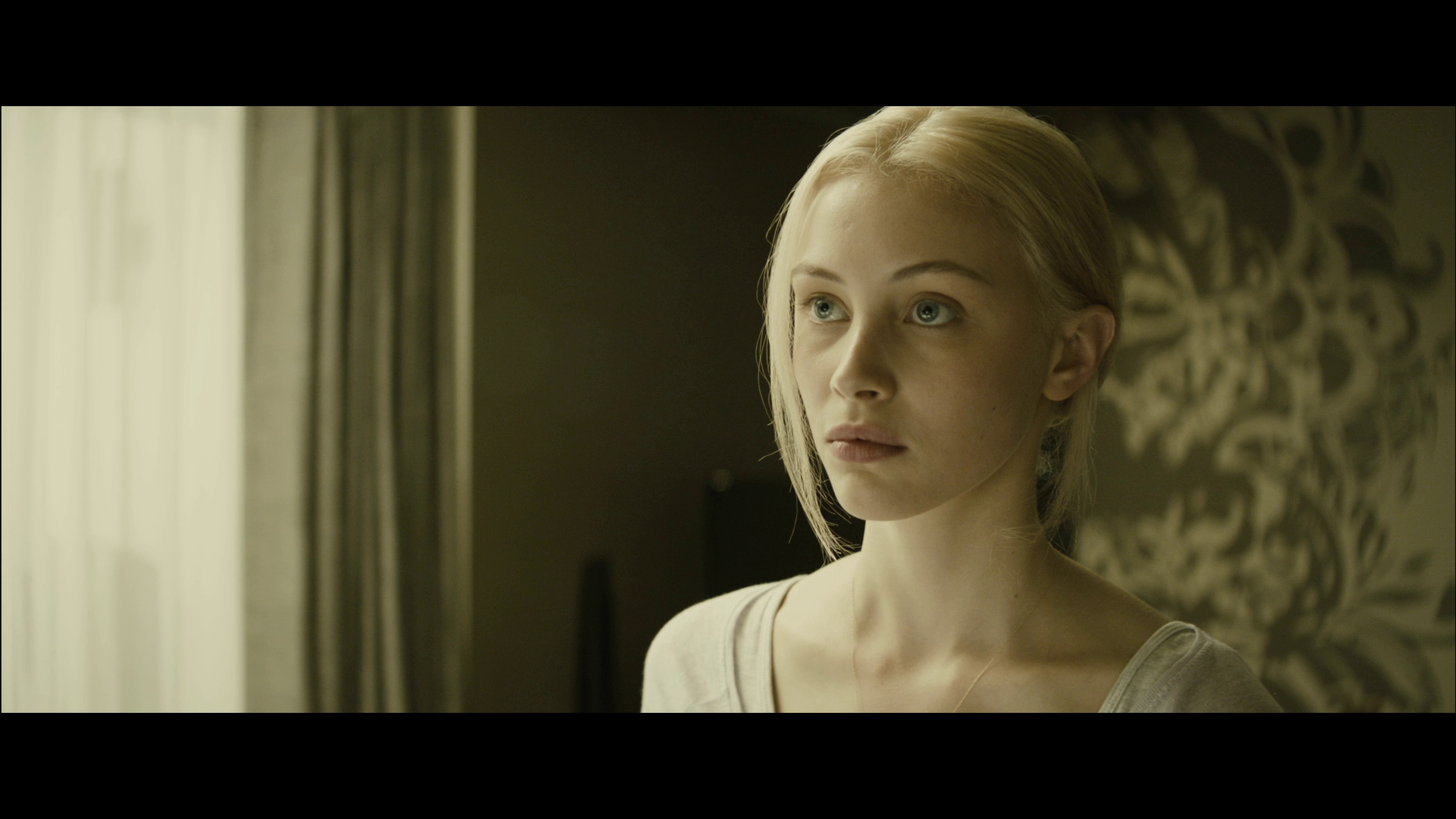 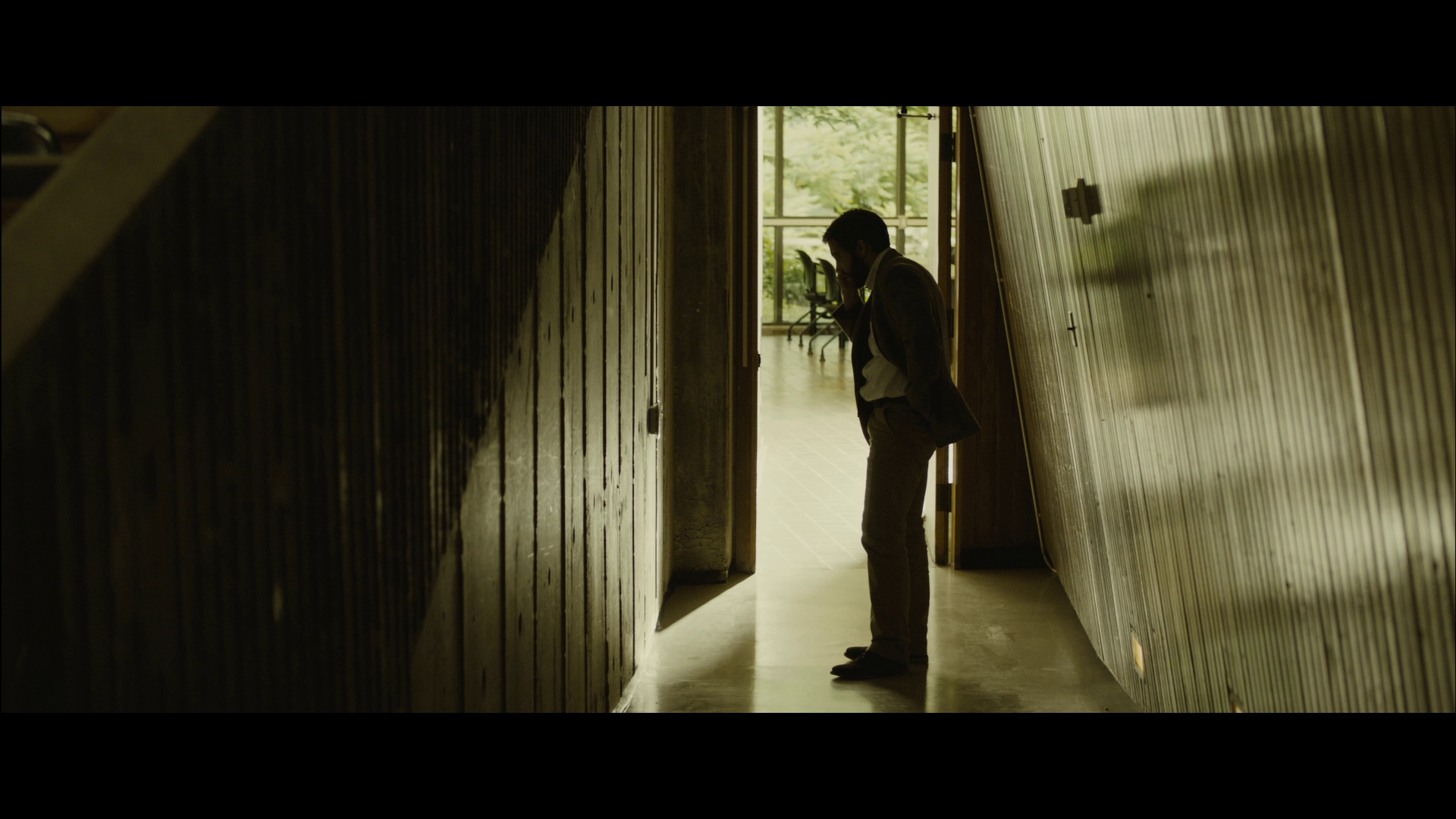 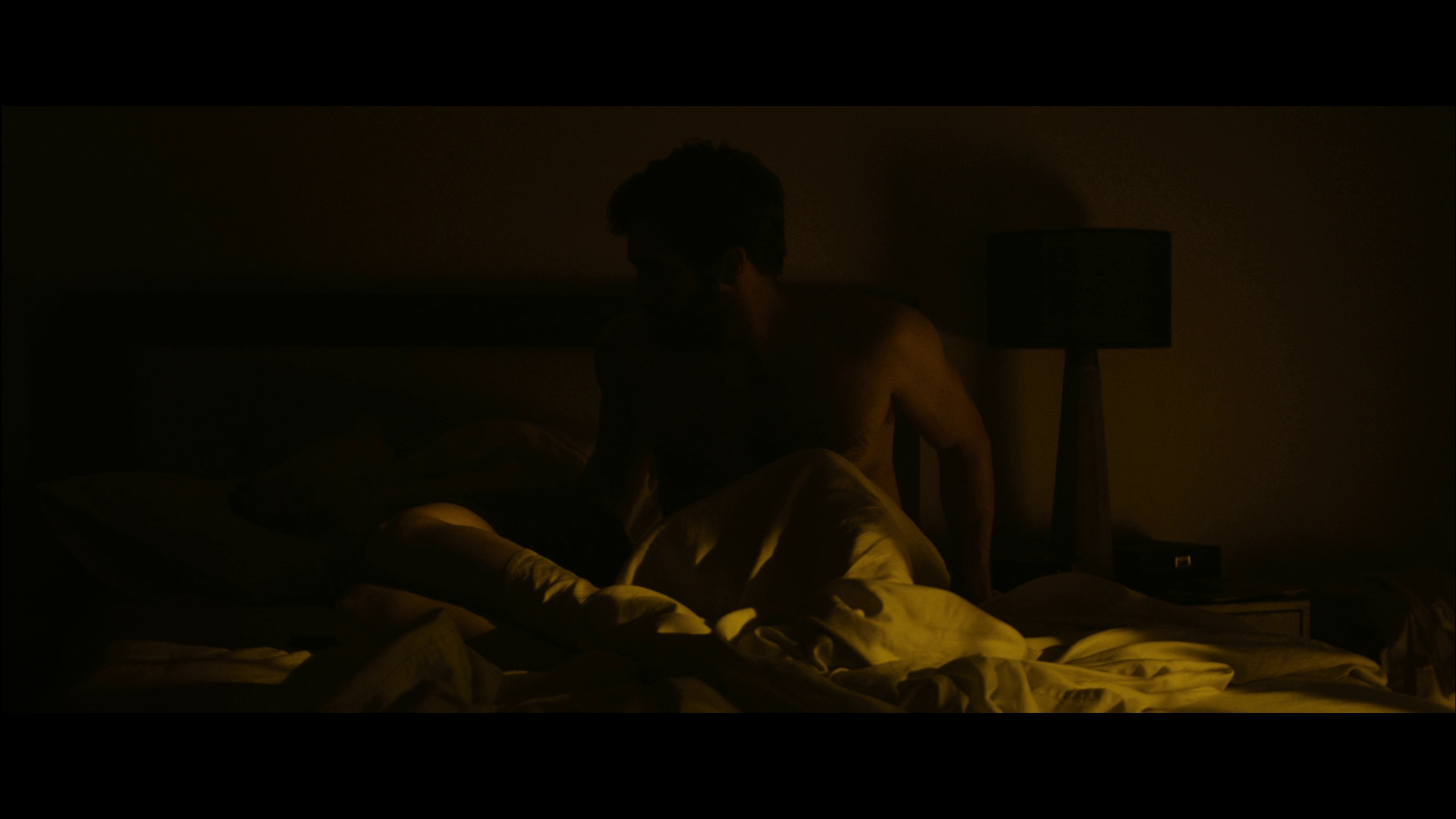 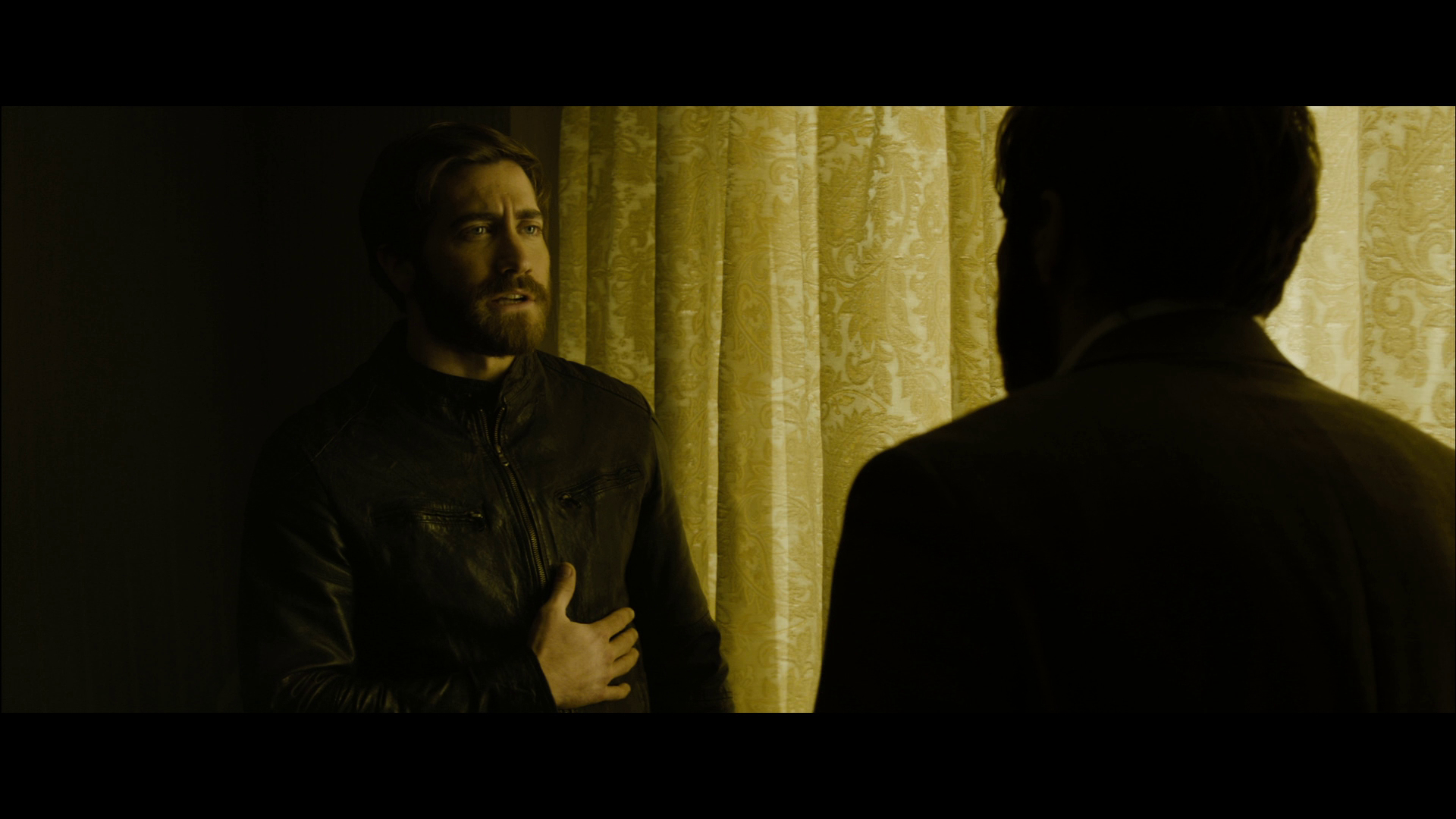 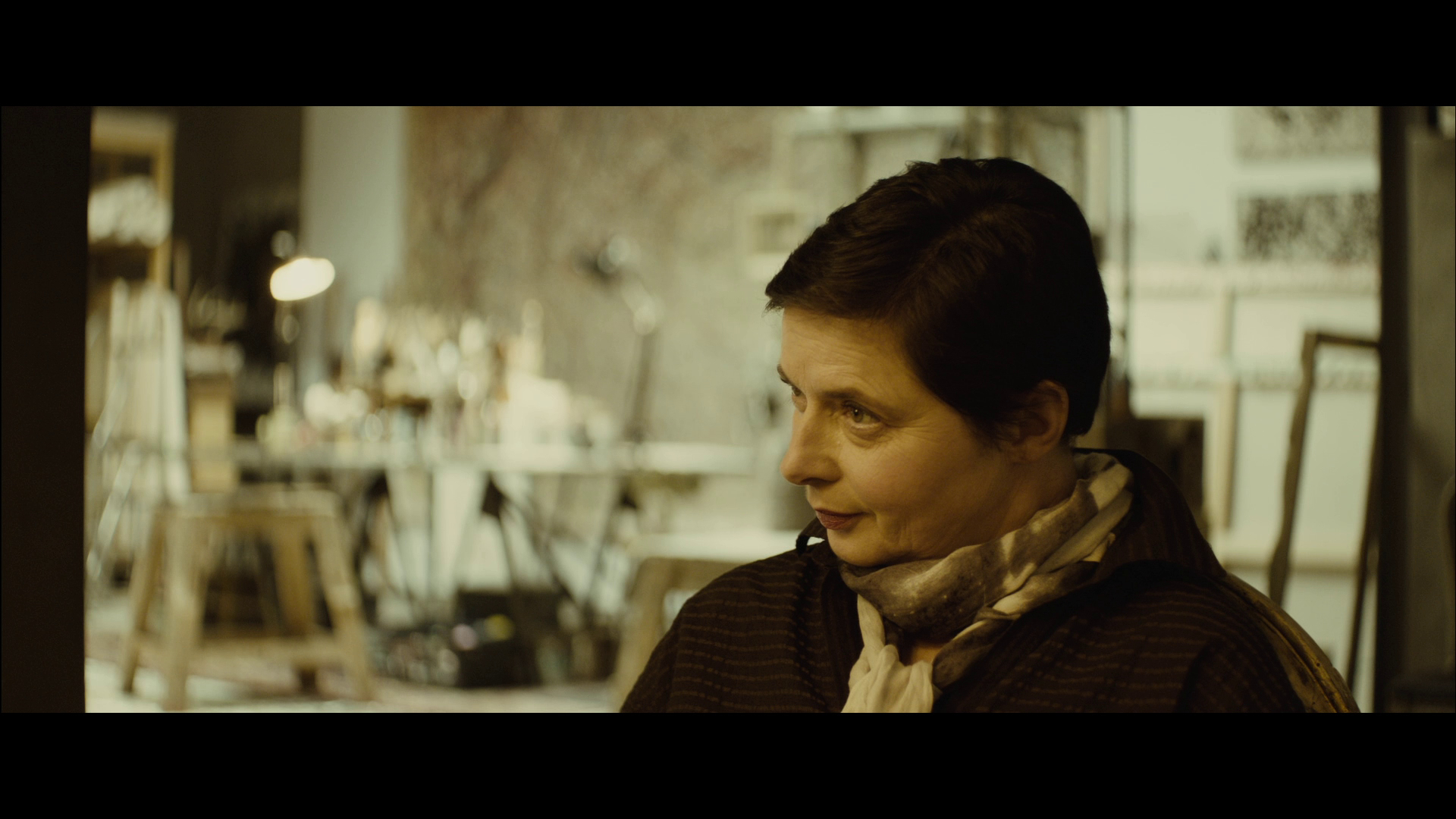