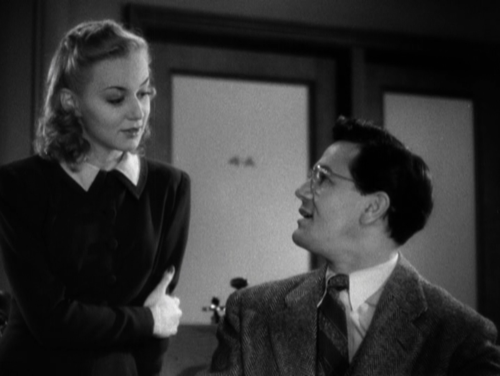 Saturday's Children is a family dramedy based on the play by Maxwell Anderson; released in 1940, this is actually the third (!) film version of this story since the play debuted in 1927. Anne Shirley (Stella Dallas) plays bright, young Bobby Halevy, who lives at home with her parents, along with her older sister and her sister's husband. They all live together because times are tight, so it's no surprise that Bobby chooses to go to work for the company that employs her father too. At work, she meets the charming Rims Rosson (John Garfield, purposefully playing against type), a distracted would-be inventor whose concepts are convoluted and not really commercially sound. Rims and Bobby's courtship is happy and sweet, but soon Rims is given the opportunity to go to the Philippines to pursue one of his crackpot ideas. Bobby, given questionable advice by her sister Florrie (Lee Patrick), tells Rims someone else has proposed marriage, manipulating Rims into changing his mind about leaving and proposing to her instead. Rims dutifully abandons his dream and settles down with Bobby. Their young marriage proceeds to be dogged by financial concerns and Bobby's own guilt over keeping Rims from pursuing his dream.

Saturday's Children plays like half of a good movie. The first half bubbles with light, clever dialogue supplied both by Anderson and credited screenwriters Philip and Julius J. Epstein (Casablanca), while the second half inevitably gets bogged down in its dramatic complications. I'm all for dramatizing the plight of the working poor -- and Claude Rains's performance as Mr. Halevy, the patriarch who wishes he could have provided better for his family, is tremendously touching -- but the film spends way too much energy on dopey aspects of the main couple's sexual politics. As appealing as Garfield and Shirley are as an onscreen couple, once their characters get married, they become a pair of low-self-esteem drags. They constantly assume their points-of-view or needs are not valid in their marriage, which means that more than their dwindling finances, these characters are unwittingly oppressed by their assumptions about each other.

This dynamic could be interesting in a clinical or detached way, but the film actually seems to agree with them. Nearly a year into their marriage, Bobby tears up a letter from the Philippines letting Rims know he can still come to work there. She's afraid that he would just take the job and leave her, because after all, she's the liar who tricked Rims into this troubled marriage in the first place. Unfortunately, there are no characters to tell Bobby she is wrong or blowing things out of proportion; instead, her family tells her essentially, "Well, yeah, you are pretty much unworthy, but don't worry because you've sunk your claws too deeply into Rims now for it to matter."

This cynicism goes down a bit easier during the funny passages but becomes a real roadblock to enjoyment during the more serious later scenes. Director Vincent Sherman (Mr. Skeffington, The Adventures of Don Juan), in only his second effort behind the camera, shows an effortless talent for creating intimate, believable scenes, while legendary cinematographer James Wong Howe (Sweet Smell of Success) gives the studio-bound production a surprisingly realistic flavor, but their combined efforts only mitigate the frustrating viewpoint of the material slightly. 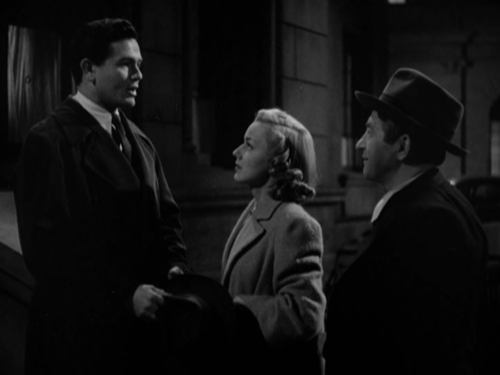 The Video:
The standard 1.37:1 presentation is slightly above average. Though I would generally characterize the images as stable and attractive, the transfer is consistently soft, lacking the relative clarity of Warners' best standard-def presentations of classic-era films. The print also has plenty of dirt, specks, and scratches, but apart from the opening credits, it's not particularly distracting.

The Audio:
The Dolby mono audio is clean, with good fidelity. It's not a stunner, but the dialogue and occasional music cues are all perfectly discernible. As usual with most of the MOD stuff: no subtitles.

Special Features:
Just the trailer, which heavily features moments from the final scene of the film and tries to drive home the point that Garfield is playing a role out of his normal wheelhouse.

Final Moments:
Saturday's Children features a lot of top talent both behind and in front of the camera, which makes it worth a look for fans of '40s movies. Still, I felt such a comedown during the film's more dramatically contrived second half that it forces my advice to become a toss-up between "Rent It" and "Recommended." Hmmm... On the basis of the strong cast and the fun first half, I'm going with: mildly Recommended. 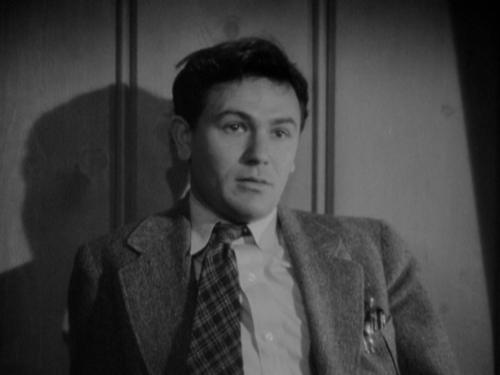