Coffee in Berlin, A 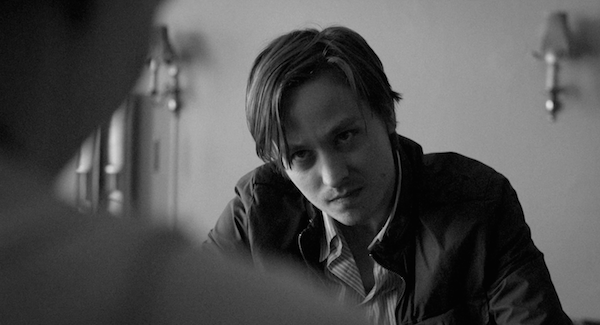 Despite trying constantly, poor Niko (Generation War's Tom Schilling) finds himself unable to procure a cup of coffee during the twenty-four hours or so that unfold in Jan Ole Gerster's debut feature, A Coffee In Berlin (retitled from the original: Oh Boy). This failure turns out to be emblematic of the many misfortunes that befall him during this short period. Niko goes to speak to a government shrink about getting his driver's license reinstated after a DUI, but he angers the doc and gets his suspension extended. He tries to buy a train ticket, but the machine is broken and he gets hassled by moronic ticket inspectors. His dad finds out he's been lying about staying in law school and cuts off his money. He breaks up with his girlfriend. And that's just what happens before sundown.

With its black-and-white digital cinematography by Philipp Kirsamer and '40s-style jazz score by The Major Minors, A Coffee In Berlin has drawn comparisons to Jim Jarmusch and Woody Allen (especially in the jacket copy on the Blu-ray cover). Those references don't exactly nail the idiosyncrasies of this film, though. With its episodic structure and naturalistic tone, Gerster has made a slightly slicker version of what Andrew Bujalski was going for with 2007's Mutual Appreciation. Employing a mixture of heartfelt drama and cringe comedy, both films find clever and keenly observed ways to portray adrift, self-obsessed millennials. Gerster's film, though, doubles as a sketched portrait of the city where it is set, as Niko finds himself traversing back and forth across Berlin as the day wears on.

Niko and his out-of-work actor friend Matze (Marc Hosemann) get involved in a handful of misadventures. One involves a trip to a movie set where Matze's friend is playing a good-hearted Nazi in a WW2 drama (...kind of like Tom Schilling would, in Generation War the following year). The pair also crashes a theatrical performance art piece starring Julika (Friederike Kempter), a woman that Niko used to bully in junior high. Now, he finds her suitable for a rebound fling, but inevitably their strange courtship hits more than a few bumps. Most memorable, however, is Niko and Matze's brief trip to a teenaged drug dealer's apartment where Niko ends up talking to the kid's grandmother and using her electric recliner while Matze makes a deal.

On paper, there's very little holding all these disparate scenes together, yet Schilling and Gerster create a realistic emotional continuity for Niko's character that navigates the film away from being merely a lightweight picaresque. Gerster avoids Hollywood-style character arcs, and the film stops short of Niko's character actually starting to get his shit together, but A Coffee In Berlin ends in a moment that suggests we have just seen the first steps of Niko's coming-of-age. Appropriately, for a film about this generation, it took about ten years longer than one might have expected. 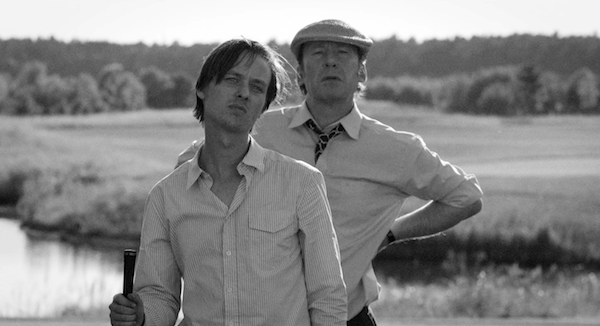 The Video:
Though it was shot with a digital Red camera, the black-and-white images of A Coffee In Berlin are clearly meant to evoke the grainy 16mm New Wave films of the past. The AVC-encoded 1080p 1.85:1 presentation on Music Box's Blu-ray does a great job of translating that intention, by giving us images that are crisp and clear, but not scrubbed clean. The amount of fine detail and shadow detail is excellent, and there are no digital encoding or artifacting issues.

The Audio:
There are two German-language audio mixes offered (with optional English subtitles): DTS-HD MA 5.1 and DTS-HD MA 2.0. Considering the intimate scope of the film, there's not a gigantic difference between them, although the 5.1 definitely has a subtly enveloping atmosphere. The surround mix also gives a significant boost to the jazz score by The Major Minors, augmented by piano pieces by Cherilyn MacNeil. Both tracks are nicely mixed and free from defect.

(HD, 39:59) - AV Club reviewer Ignatiy Vishnevetsky interviews writer-director Jan Ole Gerster in this thorough and quite in-depth discussion of the making of the film. It starts with the script's origin, which involved Gerster using scraps from other abandoned stories, and ends with anecdotes about the mad scramble to get the jazzy musical score recorded before the film was set to premiere in festivals.


Final Thoughts:
A Coffee In Berlin (aka Oh Boy) won six German Film Awards (the local equivalent of an Oscar), including Best Film, but it doesn't seem like a prestige picture. Instead, it feels like a cult film in the vein of Withnail and I or Clerks. It is specific to its author's experience and milieu, and yet it manages to connect with an international audience. On the basis of this and Generation War, I think Tom Schilling is going to be an actor to watch out for. Overall, this unique and entertaining flick comes Recommended. 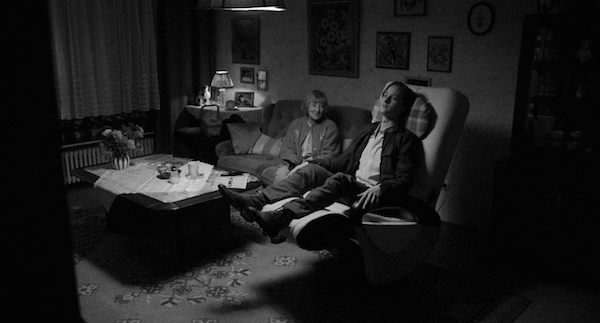