You Said a Mouthful 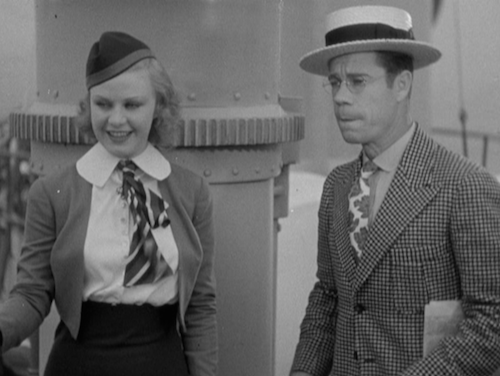 About a month ago, Warners' Archive Collection put out manufactured-on-demand DVD-R releases for a quintet of comedies from the early '30s, starring the walking smile, Joe E. Brown. (DVD Talk has reviews for some of the other titles here, here, and here.) 1932's You Said a Mouthful is a charming and funny vehicle for Brown that overcomes its overstuffed, uninspired plotting with plenty of gut-busting gags.

At a brisk seventy minutes, You Said a Mouthful is both very simple and strangely overcomplicated. Brown stars as Joe Holt, a clerk in a swimwear company who designs a no-sink bathing suit, solely because he is deathly afraid of water. Of course, then, the big idea of the movie should be to get this fella swimmin'. And it is... but the script by Robert Lord and Bolton Mallory seems to run itself ragged just to cook up a semi-plausible series of events that will lead to the fraidy cat getting in the water.

First, Joe finds out that he has an inheritance to claim, so he moves from landlocked Iowa to coastal California with dollar signs in his eyes. Then, Joe finds out there is no money, only a housekeeper's child named Sam (Allen Hoskins, credited onscreen as his character from Hal Roach's Rascals, Farina), who is looking to be adopted. The flat-broke Joe adopts Sam, and then they are both left sleeping on the street. That's already a whole heck of a lot of story, yet we've just barely cracked the ten-minute mark.

The elaborate set-up picks up a little steam when Joe and Sam decide to look for work on a ferry headed out to Catalina Island. When a messenger at the dock puts out a call for Joe Holt, Joe dutifully responds and finds himself met by Alice Brandon (Ginger Rogers, doing an OK job with an underwritten role). Alice is awfully excited to meet the famous Joe Holt and lets him know that her wealthy father is happy to give him a place to stay when they get to Catalina Island. It seems too good to be true and, of course, it is. It turns out that Joe Holt is also the name of a champion Canadian swimmer who is coming to Catalina Island to take part in a swimming race.

You can predict most of the rest of the plot from there. Joe tries to tell the truth when he realizes the misunderstanding, but he finds himself so smitten with Alice that he decides not to rock the boat and to tread water instead. (Get it?) Preston Foster plays Joe's chief rival, who is far superior athletically and doesn't buy our gawky, bespectacled hero as a swimming champion for a minute. But, with some help from Sam, an unsinkable swimsuit, some self-determination, and some good old-fashioned self-delusion, Joe manages to make a go of the swimming race.

Brown sells the heck out of every gag in the film, from his occasional internal monologues (signaled by Brown emphatically putting his fist under his chin) to the frequent demonstrations of his unique swimming technique while on dry land. As I said, the story doesn't offer too many surprises, but Brown manages to add little twists to his dialogue or display unique physical flourishes that consistently coax unexpected laughs out of every exchange. When his character unwittingly finds himself aquaplaning behind a speedboat, his yells of "HELP!" sound like the sirens on a fire engine.

Director Lloyd Bacon (42nd Street,
The Oklahoma Kid) never lets the pace flag. The final race sequence is particularly madcap, cobbled together from moments shot on location and in a studio tank -- Brown is even great at physical comedy under ten feet of water! The drawback to such a breathless pace is that there's no room for any of the characters besides Joe to develop more than one dimension -- not even Ginger Rogers's love interest.

Wait, I take that back. Allen "Farina" Hoskins -- despite doing the kid version of the "yassir, boss" mannerisms typical of all black sidekicks from this era -- gives Sam a surprising amount of pathos, especially during a scene where he prays to God to help Joe win the big race.

You Said a Mouthful has its fair share of flaws, but when it comes right down to it, it's a laugh riot. 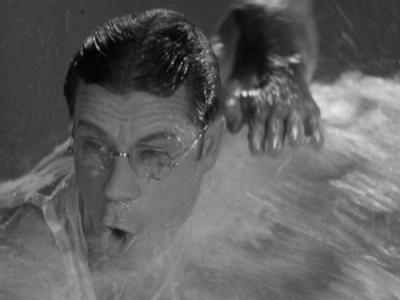 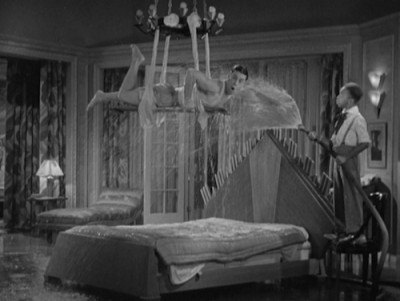 The DVD
As I mentioned above, You Said a Mouthful comes to us as part of the Warner Archive Collection of manufactured-on-demand DVD-Rs.

The Video:
The standard 1.33:1 transfer looks OK. There's a healthy amount of specks and scratches, but the image is stable. There's good detail and contrast.

The Audio:
The Dolby 2.0 mono audio is fine for its age. It gets a little trebly and distorted on the high end now and again, but there's not a lot of distracting surface noise or pops and clicks.

Special Features:
How 'bout a trailer for your trouble?

Final Thoughts:
You Said A Mouthful is an uproarious chuckle fest that's a bit light on substance, but hey... Nobody's perfect. Recommended. 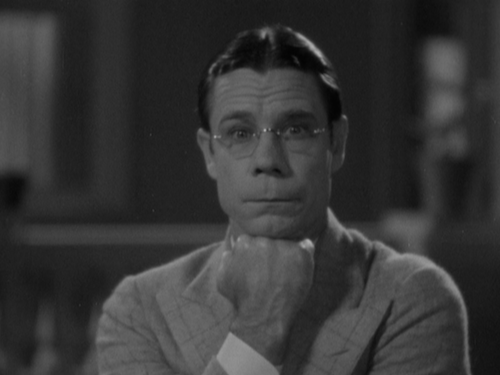