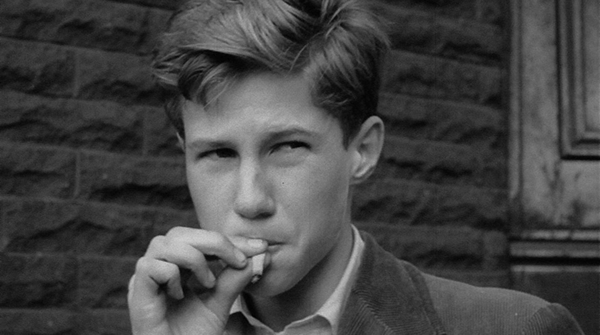 The most interesting aspect of the new documentary Teenage, based on the book by Jon Savage, is its main assertion that teenagers as a class didn't exist until the twentieth century. Once child labor laws took underage workers out of industrial jobs, suddenly millions of young men and women had their adolescence given back to them. Of course, as the events of the film are essentially bookended by World Wars I and II (with a brief flashback at the start and a briefer flash-forward at the end), these youngsters' adolescence is not entirely their own. Though teenagers have become a major cultural force over the past century or so, they must operate in the adults' world. If the film reflects a timeless tension, then it would be this one.

Director Matt Wolf (Wild Combination) eschews a few typical hallmarks of historical documentaries -- interviews and period-appropriate music cues -- in favor of a collage of archival film clips and photographs, augmented by in-character narration performed by the likes of Jena Malone (The Hunger Games) and Ben Whishaw (Cloud Atlas), and all held together by a vaguely modern (but not too modern) indie pop score by Bradford Cox of the band Deerhunter. With this approach, Wolf seems to be trying to personalize the past by letting the images and monologues (mostly) speak for themselves.

The director even manufactures some new faux-home movies to expand certain sections that were presumably represented inadequately by archival materials. The end result is something like Stuart Cooper's Overlord in reverse. Whereas Cooper used archival battle footage to add documentary realism and expand the scope of his intimate World War II drama, Wolf is using these newly produced, imagined memories to add drama to his stock footage and remove the distance between the viewer and the past. Wolf's crew and actors recreate stolen moments in the lives of the Bright Young People in '20s England, jitterbug dancers in '30s America, or members of the Hitler Youth in '30s and '40s Germany, amongst others, and the new material has surprising technical verisimilitude. It often mixes with the documentary footage seamlessly. (It's still usually easy to pick out the newly shot footage, largely because the actors -- being of the selfie generation -- interact with the camera in a much more self-aware way than all those teenagers in the vintage footage.)

Unfortunately, while the archival images that Wolf and his editor Joe Beshenkovsky (This American Life) utilize are not the overplayed greatest hits of these eras, the stories that the filmmakers choose to focus upon are fairly well-covered by now. At various points, the character sketches in Teenage call to mind numerous period fiction films, like Bright Young Things, Swing Kids, and Generation War, without improving upon them in any appreciable way. While Teenage outlines the development of teenage culture up to about 1950, the film is far too brisk and episodic to do much more than that.

Teenage has a great main idea, and the filmmakers elaborate upon it in an interesting way, but it's not enough. The film is by turns surprising and entertaining -- with plenty of cool little factual tidbits and some arresting visuals -- but it is just too superficial overall to resonate. 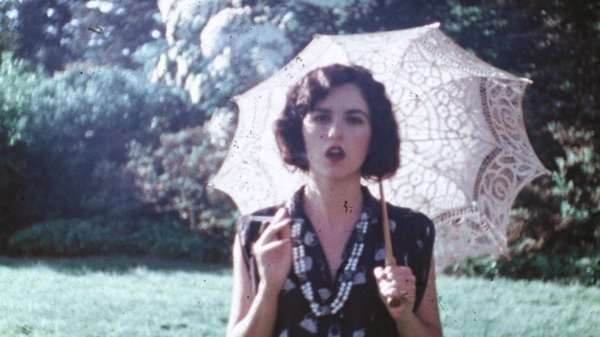 The DVD
Teenage comes packaged in one of Oscilloscope's signature fold-out cardboard cases, with gorgeous black-and-white period photos and a liner note essay by author Jon Savage printed on the folds.

The Video:
One development in documentary filmmaking that has bugged me for the past decade or more is the frequent use by documentarians of low resolution internet videos when they need stock footage. The fact that this practice is fairly commonplace these days makes the widescreen 1.77:1 video presentation of Teenage that much more extraordinary for relying mostly on film sources. Even though the archive footage utilized varies drastically in quality, these flaws are in-born to the actual film. The transfer of these elements is excellent and would probably look even better in HD. The blurriest shots seem like they might have been taken from an old analog tape transfer, but even that is a giant step up from undiscerning screen grabs from archive.org.

The Audio:
The disc offers both Dolby 5.1 surround and Dolby 2.0 stereo mixes. The 5.1 mix gives the music and effects a more ambient feel, but both mixes sound quite good and are defect-free. The disc also offers English SDH for your reading pleasure.

- An entertaining, illuminating discussion on the filmmakers' intentions and strategies for creating the various sequences of the film. Sometimes their exuberant praise of whatever they are watching borders on self-congratulation, but mostly this is a valuable supplement.

Final Thoughts:
There's a lot of eye-catching material in Teenage, frequently assembled in clever ways. Unfortunately, the moment-to-moment pleasures of the film do not eventually translate to an overall strong end product. Still, it's worth a look. I noticed that Teenage is currently streaming on Netflix, and that might be the ideal low-stakes venue in which to view the film. While the DVD offers some interesting supplements, it's not enough to recommend a purchase. I say Rent It. 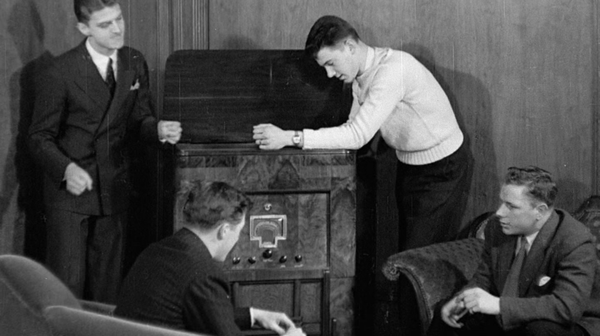