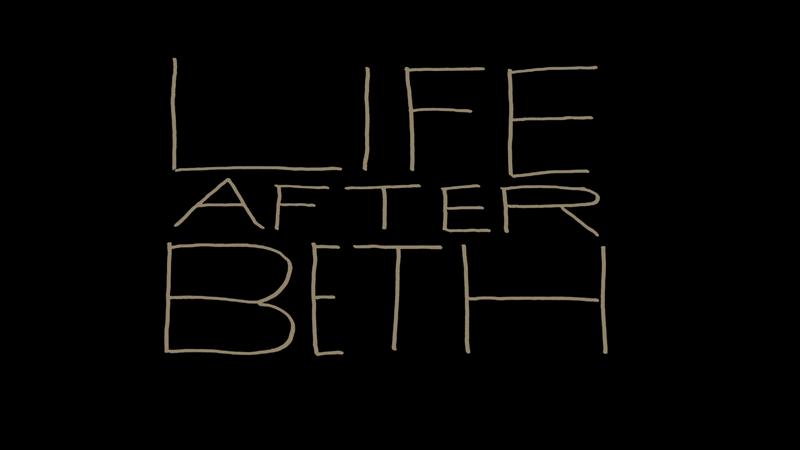 The Movie
At this point, we can pretty much accept that if Aubrey Plaza deems a script worthy of her starring in it, that said film should be watched. After a trifecta like Safety Not Guaranteed, The To-Do List and now Life After Beth, it's safe to say that she's going to deliver a quirky, unique and enjoyable experience on a consistent basis (especially when you include her work in Parks and Recreation and Scott Pilgrim vs. the World.) This latest film, in which she plays Beth, a young woman given a second chance at life, fits her mold perfectly: commercially unappealing, fascinatingly different.

As we learn at the start of the film, where Beth's family (including her mom Geenie [Molly Shannon] and dad Maury [John C. Reilly]) and her boyfriend Zack (Dane DeHaan) are sitting shiva, Beth died suddenly, leaving everyone with their grief, a situation that leads Zack to bond with Geenie and Maury over their shared loss. One day though, they cut him off, and in investigating why, he finds out that Beth is back amongst the living, and is, in fact, a zombie, with no memory or knowledge of what happened. The situation is handled in the film very well, with everyone involved taking different perspectives on the situation, having learned from losing Beth once already. 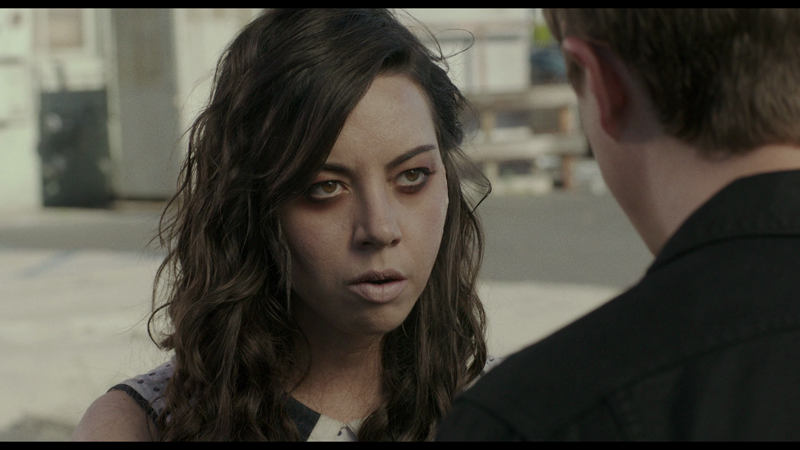 As one might suspect, things don't go smoothly, and as Beth slides further into her new zombie state, things get weird for everyone, especially when it's learned that Beth isn't the only one getting an encore. The film unfolds the story quite well, with I Heart Huckabees writer Jeff Baena in the driver's seat for the first time. The movie bounces back and forth between comedy, horror and drama, but never feels like it loses the thread, because it would certainly be a confusing situation, with Beth's more personal tale set against a larger-scale sense of chaos (an unexpected element that sneaks in the back door.) It all works very well, involving all of the main cast, which includes Cheryl Hines and a surprisingly great Paul Reiser as Zack's parents and Matthew Gray Gubler playing delightfully against character as Zack's gun-toting brother. There's also a simply wonderful guest cast, featuring names like Anna Kendrick, Garry Marshall and Adam Pally, as well as blink-and-you-might-miss-them cameos by Plaza's Parks & Rec castmates Nick Offerman and Jim O'Heir.

Naturally, the movie rides on Plaza to make it work, and she does so, in a way that few actresses could, fully handing herself over to a part that requires a very distinct performance, or actually a few of them as Beth changes with time. DeHaan, who has quickly established himself as a rising lead actor, has the unenviable task of playing a somewhat whiney, philosophical boyfriend opposite a primal force of nature, but he comes through it unscathed. By the end, it's amazing to watch Plaza transition from a sweet, but confused girl to a hellcat to all-out zombie, and even more so to see Shannon as her loving mother make incredible sacrifices for her little girl. Watch this and you will never see Molly Shannon the same way again. You'll also learn to truly appreciate what Kendrick brings to the party, as she adds so much to the film in such an unassuming way, making her relatively small role a memorably one, a true feat when sharing the fim with Plaza's performance. 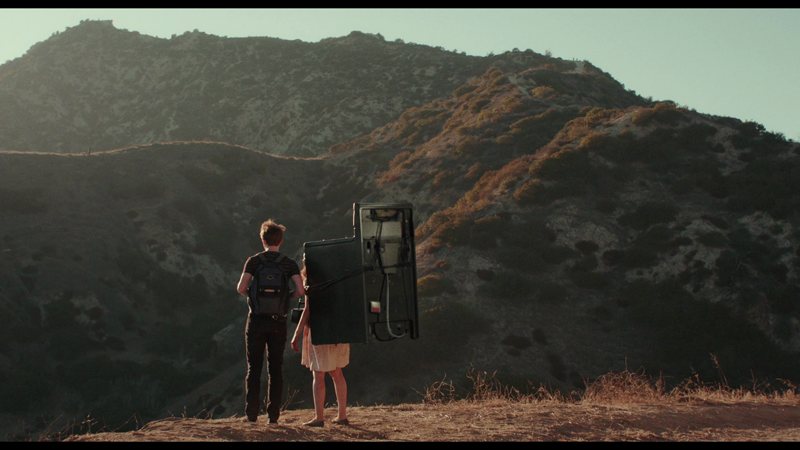 The Disc
Life After Betharrives on one Blu-ray, packed into a standard Blu-ray keepcase that's wrapped in a slipcover that repeats the amusing cover art. The disc's animated menu offers a choice to watch the film, select scenes, adjust the set-up and check out the special features. There are no audio options, but subtitles are available in English, English SDH and Spanish.

The Quality
The 1.85:1, 1080p, AVC-encoded transfer reproduces the film's look very well, delivering the very natural, subdued hues appropriately, while the film is sufficiently sharp with a nice level of fine detail. The movie was shot on video with older lenses, while grain was added to create a film-like look, and the effect is well done, resulting in a pleasing image that hides its digital origins nicely. Naturally, there are no problems with dirt or damage, but digital distractions aren't a concern.

The DTS-HD Master Audio 5.1 track isn't the most robust presentation for much of the film, simply because the movie is mainly powered by the dialogue, and that element is crisp and clear. However, when the action kicks in, the track doesn't miss a beat, offering quality low-end activity for the harder hits and impressive directionality in the surrounds, which helps effectively sell moments in the second half of the film. The sides and rear channels get some atmospheric effects as well, and handle the soundtrack and all its silky smooth jazz quite nicely.

The Extras
Up first is a feature-length audio commentary from Plaza, DeHaan, Baena and Gubler. This is a legitimately fun track, with all four taking on specific roles, as Baena handles the technical details, discussing lens and such, DeHaan offers up set stories, Gubler prods for information and Plaza is her usual jokey self, kidding around with her dry sense of humor. There are tons of production details shared along the way, revealing facts about the film's origins, such as why the opening shot even exists, while also getting weird, like the discussion about finger sucking and union rules about smoking. If you like the movie, this is a track well worth listening to.

"Life After Beth: The Port Mortem" (15:48) takes a look at the making of the film via interviews with Baena, Plaza, Gubler, DeHaan and Shannon. Among the topics covered are the film's look, the music that plays such a big part and the stages of Beth. There's some minor overlap with the commentary, but adding in Shannon makes it different enough to check out.

Nearly 20 minutes of deleted scenes are available, 11 in all, which is the only place you'll find Alia Shawkat's character, who was cut from the movie. A few of these moments were smartly cut, as they create continuity or logic issues, and others fill in gaps that exist, as well as adding in more from Hines and Reiser. The final clip is just Gubler, sitting in his tighty-whities, apparently improvising while playing with his weapons, cracking up the crew, again and again.

Also included are seven trailers, along with a code for a digital download/stream of the movie. 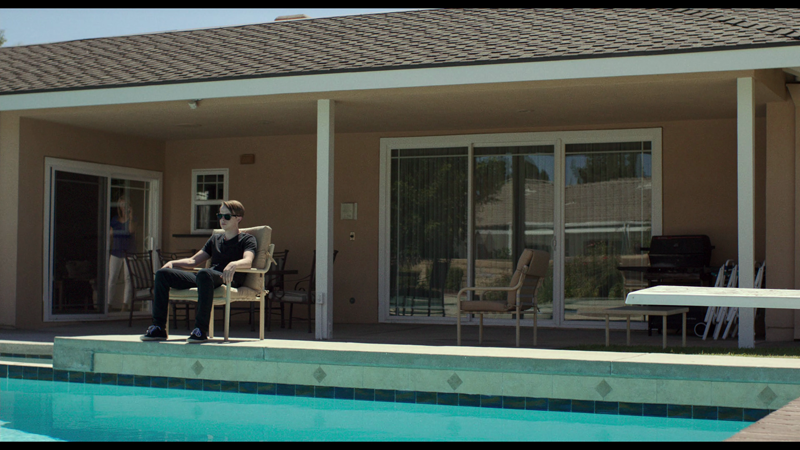 The Bottom Line
While the final destination was never quite certain with Life After Beth, as it had plenty of options to choose from in telling Beth's story, when you're dealing with a cast like this, you just follow along, knowing it will at least be interesting, Here, it's quite a few steps beyond that, into the realm of genuinely entertaining, with Plaza and company, lead by first-time feature director Baena, taking a different path on a familiar journey. The disc looks and sounds very nice and offers up some entertaining bonus content, making this one a must-see for anyone in the cult of Aubrey Plaza (and quite a few outside of it.