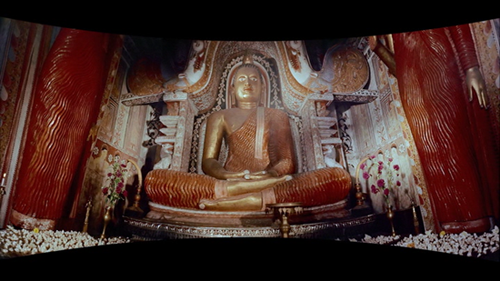 Please Note: The screen shots accompanying this review come from the DVD portion of Cinerama's Search for Paradise.

The kitschy travelogue Search for Paradise whisks viewers off on a distant journey involving dangerous rocky mountain pathways, turbulent river rapids, a spectacular royal coronation, and, uh, lots of military aircraft. This 1957 release was the fourth film made in the pre-IMAX big screen format known as Cinerama, which emerged five years earlier as the first serious widescreen cinema process to lure audiences away from their television sets. As with Flicker Alley's other reissues of Cinerama films, the impressively packaged Blu Ray/DVD combo pack of Search for Paradise goes the extra mile to make home viewers feel as if back in the '50s, experiencing these immersive movies as they were originally shown on a gigantic, wraparound screen.

Packaging-wise, Cinerama's Search for Paradise takes after Flicker Alley's excellent Cinerama Holiday (the only other of their Cinerama discs I've reviewed) - although as far as travelogues go, this one is pretty mild compared with the continent-spanning Holiday. Instead of the typical married couples who served as narrators and tour guides in Holiday, here the esteemed broadcaster Lowell Thomas returns (he was also in the first film, This Is Cinerama) as our correspondent and host. This time, Thomas' mission is to re-create the journey of Marco Polo in an effort to find "the last example of traditional Oriental excellence." Accompanied by members of the U.S. Air Force, Thomas charts out a path that takes everyone flying high above the Himalayan mountains, navigating a Jeep through a rocky valley in Ceylon, and finally arriving (at film's intermission) at the beautiful region of Kashmir. It must have been exciting back in 1957, seeing parts of the world in larger-than-life widescreen that otherwise had been glimpsed at in musty encyclopedias or the pages of National Geographic. Compared with Cinerama Holiday, however, this is one tame, boring trip. Where other Cinerama films compensated for their standard "travelogue" parts by placing the unique three-camera setup on roller coasters or bobsled chutes, this one seems content with Thomas' bland narration and strained comic relief from a military sergeant along for the ride.

Cinerama had a healthy run in the '50s and early '60s, but it was eventually outdone by more streamlined widescreen processes due to its cumbersome camera setup (with three reels filming simultaneously) and the fact that theaters had to be specially equipped with three projectors and and extra-large screen to show it. Search for Paradise was made when the format was still relatively new and had some novelty, which likely helped to disguise this snooze-paced and somewhat slapdash entry in the series. It's exotic, all right, yet many segments are padded out with extraneous footage or made to feel "important" with kitschy underscoring (including several groan-inducing original songs performed by hearty-voiced baritone Robert Merrill). The Cinerama cameras were best utilized when placed on quick-moving objects, such as the Paradise scene taking viewers on a thrilling white-water raft trip down Pakistan's Indus river. Much of the film concentrates on more sedate subjects, however, like the coronation of Nepal's King Mahendra which forms the final destination on this lengthy journey. Attended by dignitaries from all over the world, the coronation apparently involved several mini-ceremonies taking place over several days - and the cameras seemed to be at every single one of them. The film wraps up with a strange, jingoistic tribute to the U.S. Air Force. Spanning ten minutes yet feeling more like an hour, the gleaming aircraft-worshipping military porn on display is the kind of ridiculousness that would soon get lampooned by Stanley Kubrick in the opening credits of Dr. Strangelove.

As with Cinerama Holiday, Flicker Alley's disc edition of Cinerama's Search for Paradise replicates the original feel of seeing this roadshow production as closely as possible. That includes preserving the "roadshow" experience of having composer Dimitri Tiomkin's intro, intermission and outro music, and the pomp of the big, big screen revealed with the unfurling of a giant curtain. As with the other releases, a nice a mini-reproduction of the souvenir book which viewers could buy at original screenings is also included in the package. 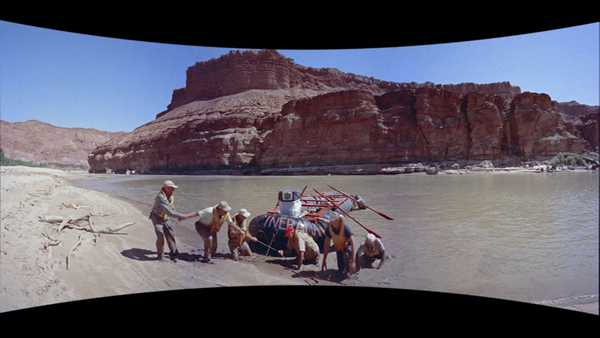 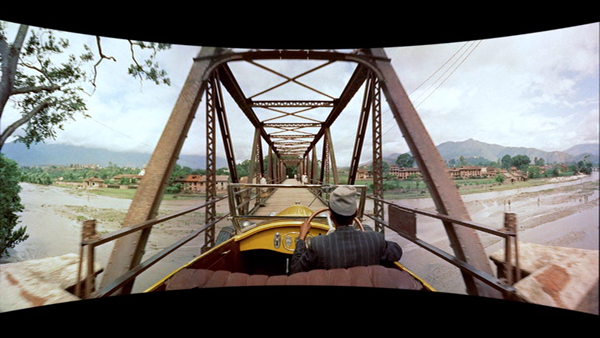 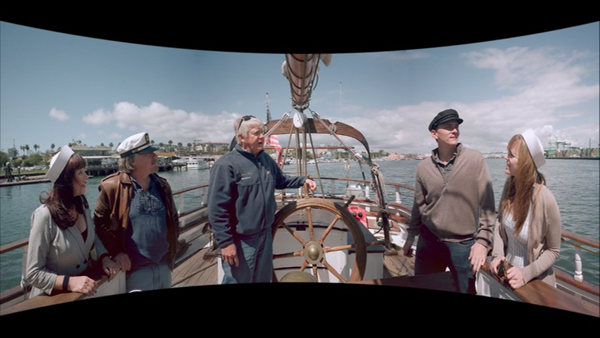 Cinerama's Search for Paradise comes packaged in a standard Blu Ray-sized plastic package with one Blu Ray inserted on the left (behind the included 28-page booklet) and two DVD discs arranged in a figure-8 on the right side. The DVD edition contains the feature on disc one and bonus content on disc two. When opened, the clear packaging displays a snowy mountain landscape printed on the inside paper.

As with the other Cinerama discs from Flicker Alley, Cinerama's Search for Paradise has been given a thorough restoration which combines the original three separate film elements into one high-definition digital master. Presented in "Smilebox" to preserve the original proportions, the 1080p image is bowed inwards in the center of the screen while the left and right edges take up the full vertical space. The joining of the three separate elements is done seamlessly for the most part (there are a few scenes where one element jitters), with the darker overlap between the three screens digitally touched-up to look less noticeable. Since the film elements had a larger format than most anything in the pre-IMAX era, there's a lot of detail packed into the Blu Ray image. Color-wise, the picture looks a little limited but it has been given a good digital adjustment as well, resulting in a clean, lovely transfer.

Available in Dolby Digital 2.0 or 5.1 STS-HD Master Audio, the soundtrack Cinerama's Search for Paradise was also given a thorough restoration which resulted in a detailed, pristine mix (given that the film came out in 7-channel stereo, it's actually mixed down for this release). The Surround effects on the 5.1 mix are used mostly to separate the narration into the central channel, while Dimitri Tiomkin's scoring supplies atmosphere around the edges. No subtitles are provided.

As with Cinerama Holiday, Flicker Alley has provided a bunch of bonus content, some specifically relating to Search for Paradise and some not.

More '50s travelogue spectacle from Flicker Alley … 1957's Cinerama's Search for Paradise comes to Blu Ray with the same thorough presentation as the other Cinerama home video products. Fans will definitely want to pick this up, although the film itself is rather plodding and not worth celebrating - then or now. The added bonus of the new Cinerama short In the Picture is a great touch. Recommended. 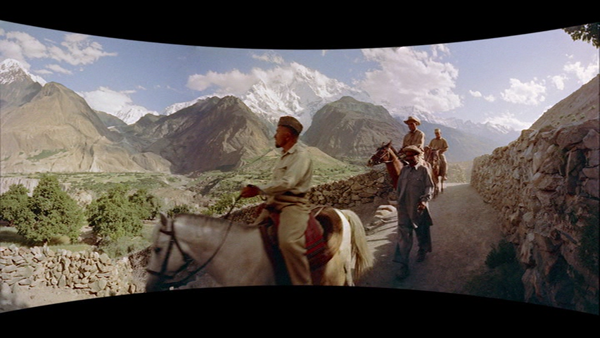 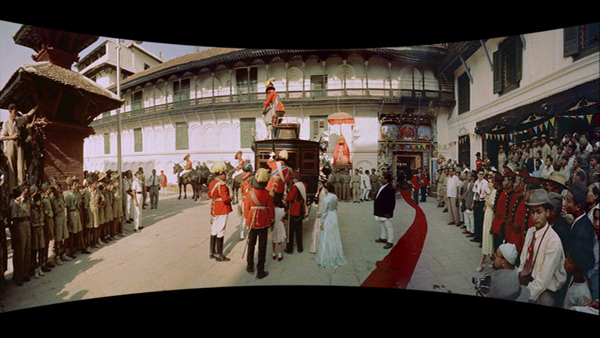