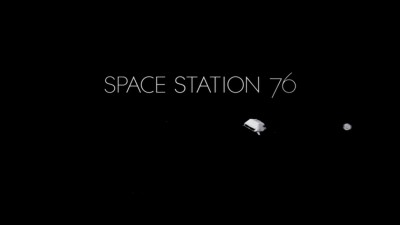 
The Movie
Once the credits rolled on Space Station 76, my first reaction was to load up the film's trailer, because it felt like I didn't remember that preview correctly. However, I remembered it perfectly, right down to the creepily-calm, GLaDOS-like voiceover. The problem was, it just misrepresented the film entirely. What looked like a fun, retro space spoof is actually a heartbreaking and confused web of personal pain told with technical precision and artistry.

The crew of Space Station 76 are a troubled lot, but they don't let it show, whether it's conflicted captain Glenn (Patrick Wilson), the outpost's "cook" Misty (Marisa Coughlan), or perfect wife Donna (Kali Rocha), all of whom have help in living their lies, chemical or otherwise. This works fine until the arrival of Jessica (Liv Tyler), who disrupts their little paradise, particularly by befriending Sunshine (Kylie Rogers), the only child on-board. This doesn't sit well with Sunshine's mother Misty, and the tension builds from there to envelope everyone, forcing them to confront the concerns under the surface. 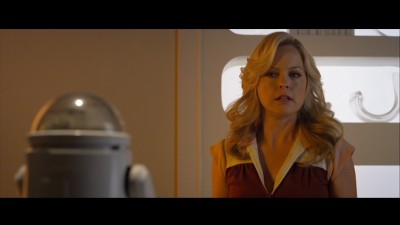 Adapted from a stage play performed in Los Angeles (the origins are obvious in the film's focus on dialogue and lack of action), Space Station 76 doesn't have much of a plot, instead centering on the feelings and experiences of the characters as their interactions draw out the truths they have been hiding. It's a painful process, especially for Sunshine, who lacks the coping mechanisms of the others, outside of the brief time shared with her father Ted (Matt Bomer), who is often busy as one of the station's mechanics. No one suffers as much as her or deserves it less (but everyone suffers one way or another.)

There's nothing particularly groundbreaking with a film about middle-class ennui, which is where the film's gimmick (setting it in space but with a '70s aesthetic) serves to set Space Station 76 apart, with outer space standing in for the traditional suburban setting of such tales. Director Jack Plotnick (making his feature debut) and his crew borrow liberally from Kubrick (including a few puzzling details that elude explanation) and 1970s suburban living rooms to create a look that's instantly familiar yet unique and eye-catching. The astro-setting also lends itself to some of the film's more memorable elements, like some weightless fun time for Sunshine, Ted's mechanical hand and the scene-stealing robot therapist who shares the film's funniest scenes with Coughlan in an amazing spoof on the very ‘70s concept of psychotherapy. More of this kind of material, and this would have been a terrific flick, rather than the stylish catalog of pain Space Station 76 is until it peters out, rather than actually ending.

Considering all the struggles the characters experience, it took some true acting chops to prevent the movie from spiraling into melodrama, and this cast has the ability to spare. Coughlan's performance as Misty is so disturbing it hurts to watch her and Tyler portrays Jessica's constant attempts to control her emotions brilliantly, while Wilson strikes the right balance as a man walking an inner tightrope. Rogers, however, is the lynchpin, and she is achingly perfect as the picture of loneliness, adrift in life thanks to the adults around her being equally lost in space. 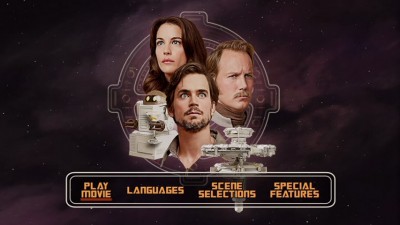 The Disc
Space Station 76 arrives on one DVD, in a standard keepcase with the film's pretty poster art on it. The static, anamorphic widescreen menu offers a choice to watch the film, select scenes, adjust the set-up and check out the special features. Audio options include Dolby Digital 5.1 English, French, Japanese, Portuguese, Spanish and Thai tracks, while subtitles are available in English, English SDH, Chinese (traditional), French, Japanese, Korean, Portuguese, Spanish and Thai.

The Quality
The anamorphic widescreen transfer is crisp and clean, with a rather high level of fine detail, which helps to show off the terrific production value in the sets and costumes. The clarity doesn't help carry through the ‘70s conceit, but the vivid colors and clean image found here are much preferred anyway to yet more faked vintage footage. There are no problems with compression artifacts either. An excellent presentation all around.

As mentioned before, this is a stage play adapted into a film, so dialogue is the star of the show, and the Dolby Digital 5.1 deliver that dialogue clearly and without distortion. The surrounds are mainly responsible for some light atmospheric effects (and the haunting score), but when the film's expertly-deployed ‘70s soundtrack, featuring several classic tracks by Todd Rundgren, along with songs from Neil Sedaka and Ambrosia, kicks in, the surrounds carry the weight, resulting in a full-tilt aural experience. You're not going to find much else in terms of dynamic mixing, but it doesn't really call for it either.

The Extras
A small spread of extras are included, starting with three deleted scenes, totaling 3:31 of cut footage (available with a play-all option.) Nothing here changes the game in anyway, though an additional moment between Misty and Sunshine is interesting (but maybe too much on top of everything else.)

7:26 of outtakes follow, but they aren't particularly entertaining. Perhaps if they are watched at a later date, not directly after the buzzkill that is the main feature.

The final extra is the decently substantial "Zero Gravity: Making Space Station 76" (12:45), which offers a mix of interviews, on-set footage and pre-production materials, featuring Plotnick and his cast, as well as his production designer, as they discuss the influences on the movie, the set design, the costumes, the FX work (with different stages of the shots shown) and the music. Compact, yet complete, it's a solid peek behind the scenes of this well-crafted film. 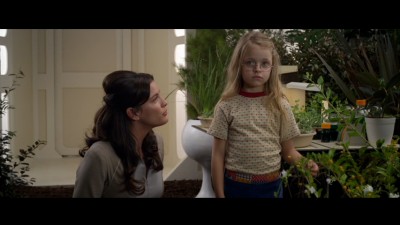 The Bottom Line
It's not likely I'll ever revisit the depressing adventures of the denizens of Space Station 76, instead looking forward to Plotnick's next directorial effort. It''s really hard to ask of someone to have them wallow in such plot-less misery for a few quality jokes and an overall impressive production effort. If you do want to experience such pain (and with the pros involved, there are those who will), at least the DVD looks and sounds good, and there are a few extras to check out if you find it's your cup of poisoned tea. Abandon all hope and proceed with caution on this one. It's a pretty black hole.