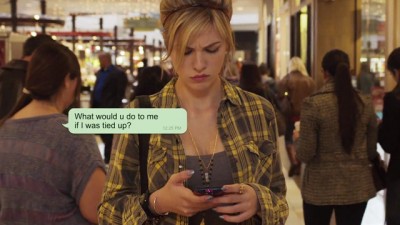 By now, when Adam Sandler's name is attached to a movie, most intelligent people run screaming in the opposite direction. Blended, Grown Ups, That's My Boy, Jack and Jill, Zookeeper, Zohan, Chuck & Larry; he hasn't done a serious role since Reign Over Me in 2007. But some of us still remember the perfection that was Punch-Drunk Love in 2002, another in a long line of amazing Paul Thomas Anderson films, a movie that showcases Sandler at his best. So, drama, Sandler, societal critique; there was some reason to hope that Men, Women & Children would be a return to what we know is possible and not a crappy excuse to make another throwaway love story. And actually, Sandler is just a side character in what quickly becomes an ensemble movie, Love Actually but with modernity, 10 Things I Hate About You but with porn. Looking at it that way, it couldn't be all bad.

What we have here is failure to communicate without the internet as a crutch. Over the course of two hours, we follow various members of a small community to see how their love lives and their privacy are affected by their ability to log on, to instant message, to speak without a filter, and to access the lives of others through the devices that define this generation. Tim is a high school football player who wants to escape into a MMORPG, a massively multiplayer online role-playing game. Brandy is a hyper-watched teen who needs the internet to be herself. Don is a married man who hasn't had sex in months and is about to turn to an escort service. Helen, his wife, is also unsatisfied and is looking to hook up with other cheating spouses. Patricia is an over-protective parent, monitoring every message & site that her daughter views. And Donna posts sexy pictures of her aspiring actress daughter on a private website. Technology affects the lives of each of these characters in a unique way, and none of them would be quite the same without it. 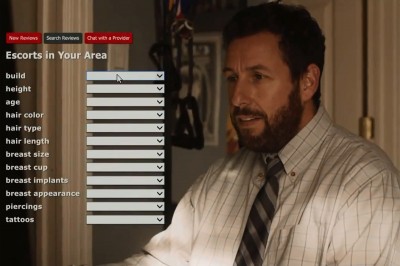 You can tell that a movie isn't wonderful when it reminds you of a dozen others, when it "borrows" so much from other ideas and fails to speak in a unique voice. I made reference to Love Actually because this film does convey a love-binds-us-all feel and it uses an ensemble approach that makes every inter-connected character important. And I referenced 10 Things I Hate About You because of the high school setting, the cast of personalities, the angst, and the desire to be adult in a juvenile world. But if I had to pick one film that Men, Women & Children reminded me the most of I'd have to say American Beauty. That film is iconic in its use of narration, its complicated story, its weaving of young love with adult insecurities, tragic story elements, pathetic characters, and an overall sense that we're all getting something wrong in living every day. This movie takes that tone and attempts to redo it in a modern way. In the end, the film comes off as a bit plagiarised, a little redone, but the one thing it does right is showcasing technology, both its usefulness and its disaster.

I added these three pictures to this review specifically because they show how the internet was superimposed over the screen. Any scene in which the characters were chatting, messaging, or browsing was delivered to us with the standard visual but also with an added element. We were able to see what the characters were seeing & reading, allowing us to access their online lives as well as their lives on screen. This was an incredibly original and fascinating attempt to show us what modern life looks like in film form, a trick that never got old because it became a part of every other scene. Once it became normal, audiences saw the chat boxes as just another part of the film, only later analyzing what this technique was saying about humanity. I've read some critics who claim that the point of the film, that the internet is bad, was rammed down our throats, but I disagree. I don't see the moral being that technology is bad for us, only that it's a part of our lives now whether we like it or now, that now we have a secondary world to worry about, making our existence that much more complicated. Men, Women & Children is a life story, a capturing of the sadder aspects of our existence. It may be pretty unoriginal in concept, but the details were done well enough to illicit discussion and introspection, something I'm willing to give credit for. 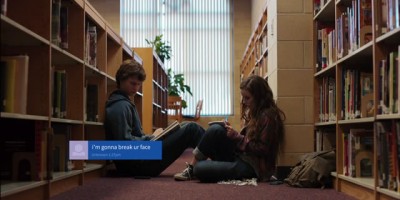