Last Days of Chez Nous, The 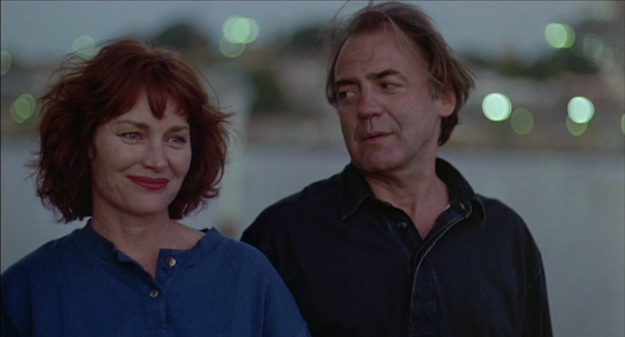 Australian director Gillian Armstrong (My Brilliant Career, Little Women) once again oversees a sensitively wrought, beautifully acted drama with 1992's The Last Days of Chez Nous. Featuring a screenplay by acclaimed novelist Helen Garner, this portrait of a fracturing family makes good on both the tragedy and playfulness inherent in its bilingual title ("chez nous" is French for "our house"). The folks living within the titular house share secret jokes and break out into silly dances and bizarre improvised playlets, but they also have deep resentments just waiting to boil to the surface and shatter the apparent peace.

After a failed love affair in Italy, twentysomething Vicki (Kerry Fox, Shallow Grave) returns to the home of her middle-aged sister Beth (Lisa Harrow, Sunday) to figure out what's next. Beth is a novelist married to a mercurial Frenchman, Jean-Pierre (Bruno Ganz, Downfall), better known as "J.P.," who keeps up the appearance of being a worldly "cool dad" type but who is actually weak, vain, and self-involved. Also in the house is Annie (Miranda Otto, Love Serenade), Beth's willful teenage daughter who falls for a new young boarder named Tim (Kiri Paramore).

Character takes distinct precedence over plot in this film, although the story does pick up momentum after the deliberate scene-setting of the opening half-hour. The spark has gone out between Beth and J.P., and the Frenchman has started turning his attentions to more exciting younger women. Meanwhile, Vicki is pregnant and wonders if abortion is the right choice for her; Beth, who ended a pregnancy when she was Vicki's age, assures her that it is what she should do.

In another major subplot, Beth takes her curmudgeonly father (Bill Hunter) on a driving trip through the Outback, hoping it will give them the opportunity to work out their long-standing difficulties before he gets too old and dies. It turns out not to be such an easy task. Beth's father is so set in his ways that he brings a jug of water from home, rather than drink from the tap wherever they are. He doesn't understand the benefit of talking about feelings. He is so prickly that when the two of them run across a tourist who says it's silly to take photos of the landscape without a person you know included, he replies, "This is my daughter. Will she do?"

When the cat's away, the mice will play, and unsurprisingly J.P.'s roving eye finds its way to the emotionally vulnerable Vicki. After Beth returns, J.P. talks cryptically about daydreaming that he has two wives, but when Beth asks him to elaborate, he scolds her for taking him so literally. Bruno Ganz is a wonderful actor, as his many performances for Wim Wenders over the years have proven, and he does a brilliant job of making J.P. a human villain, whose foibles are relatable and even understandable. And yet he never makes J.P. 100% likable; even in J.P.'s moments of joy, there's a detachment which keeps us from ever totally siding with him. Lisa Harrow also gives Beth a complex and layered presence that understandably would alienate J.P. at the same instant she is trying to get him to love her better. But she, in the end, is more honest in her flailing, which makes her effective as the emotional center of the film.

In outline, some of the story turns of The Last Days of Chez Nous might appear melodramatic, but in Armstrong's hands, they are anything but. She has a talent for capturing the rhythms and microaggressions of everyday life without flash or pomp. On the other hand, this means that some scenes come and go without their intention being entirely communicated. It's a small drawback overall, and for the most part, The Last Days of Chez Nous is a refreshingly honest and affecting family drama. 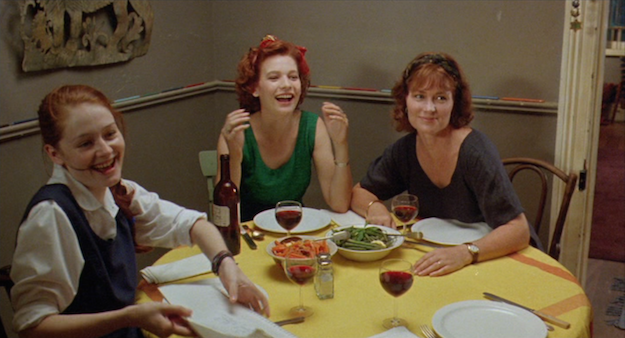 The Video:
The packaging claims this widescreen 1.85:1 transfer is taken from an HD master (so why no Blu-ray, huh?). This SD presentation is mostly clean, with a good level of detail, appreciable film grain, and solid color reproduction. Some of the wide shots get a bit noisy, but that's about it for compression issues.

The Audio:
Nothing fancy as far as the Dolby 2.0 mono soundtrack goes, although it is damage-free and clear. No subtitles, unfortunately, because even folks without hearing impairments might have appreciated having something to help parse Ganz's French-German-Swiss accent now and again.

Final Thoughts:
It's shocking that it has taken so long for this quietly powerful family drama to make it to Region 1 DVD. The performances are outstanding, and the direction is subtle and effective. If you feel overwhelmed by the dearth of new movies being made with "low concepts" about realistic human characters, here's something for you. Recommended. 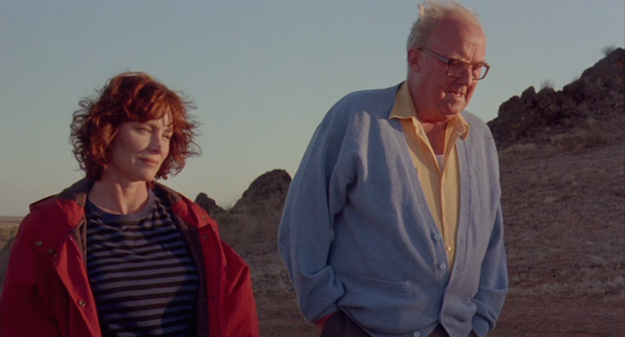