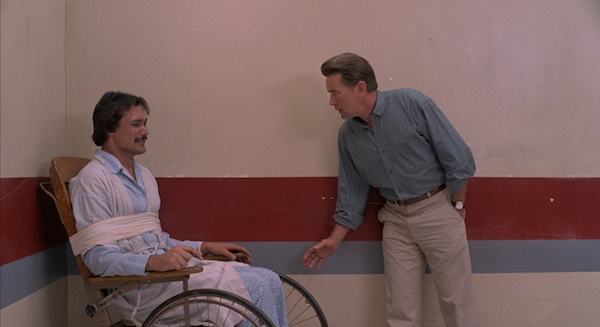 Though it sometimes evokes arty pop horror masterpieces like Rosemary's Baby and The Exorcist, John Schlesinger's 1987 film The Believers is a bit too straightforward and reliant on '80s action movie tropes to be held in the same esteem. Instead, it's just a solidly made example of the flood of religious-/voodoo-/satanic-themed horror movies and thrillers that appeared in the late '80s and early '90s, like The Serpent and the Rainbow, Angel Heart, Prince of Darkness, The Seventh Sign, and The First Power.

Martin Sheen stars as police shrink Cal Jamison, who moves to New York with his son Chris (Harley Cross) after his wife dies in a freak accident (one of the film's most effectively unsettling scenes). Cal tries to start over and even manages to spark a romance with his landlady Jessica (Helen Shaver). His work, however, draws him back into darkness as he is brought in to talk to a seemingly cracked-up police detective, Tom Lopez (a hammy but immensely entertaining Jimmy Smits), who was found on the scene near the brutal, ritualistic murder of a small boy. Lieutenant Sean McTaggert (a typically gruff Robert Loggia) wants to make sure Tom -- one of his own -- is not responsible for this atrocity, but he needn't be worried about that. It turns out that the killing is part of a brujería (black magic/witchcraft) ritual and someone else -- like, say, the taciturn African gentleman with the ability to turn his eyes white (Malick Bowens), whose exploits are cross-cut with the main action -- is surely responsible.

The story is not as simple as just tracking down this black magic practitioner though. As in Rosemary's Baby, evil crops up in the most banal places, and it turns out that there is a conspiracy of far less flashy bad guys that Cal needs to uncover. As part of his investigation, he reads up on Santería, a Caribbean religion that the movie characterizes as essentially an equal mix of Catholic ritual and voodoo (which offers double the amount of creepy religious iconography for the movie to exploit). Cal is a lapsed Catholic so he doesn't believe in any of this hooey, but maybe he should: soon, another little boy is killed (sacrificed?) and his own son Chris has started convulsing in the night after picking up a strange decorated shell near what certainly looked like a makeshift religious altar in Central Park. (Fortunately for Chris, the housekeeper, Carmen [Carla Pinza], practices Santería and manages to keep him out of harm's way until the plot demands otherwise.)

As in most religious horror movies, The Believers toys with the idea that belief in something outside of one's everyday perception, such as the spiritual or supernatural, is of life-and-death importance. However, the script by Mark Frost (Twin Peaks), based on the novel The Religion by Robert Rosenblum & Robert Nathan, seems to incorporate these concerns only because they are tropes of this subgenre. The script is less interested in the religious implications of the events it relays than in simply providing a ripping yarn. Meanwhile, Schlesinger's direction shows a sensitivity toward his characters that gives them palpable dimension and grounds the reality of the film; this full-bloodedness also gives The Believers a slight edge over more run-of-the-mill supernatural potboilers of this ilk.

Schlesinger also succeeds in building suspense and executing a few cathartic, icky scares. He's able to keep the audience engaged and on edge, despite the fact that the story is essentially thin, racist, xenophobic hogwash. It's that craftsmanship and the commitment of the talented cast that makes this film more closely resemble The Exorcist than The Exorcist II. The film loses steam as it heads into the final showdown between good and evil, which itself is anticlimactic, but The Believers is a satisfying nailbiter until then. 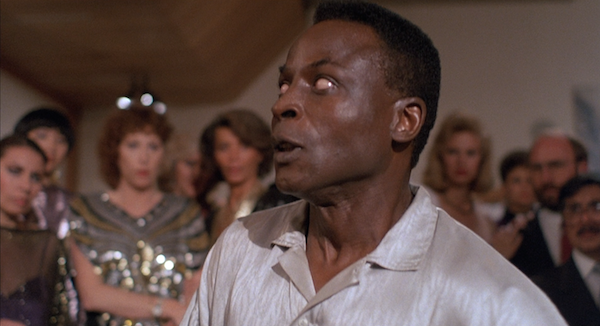 The Blu-ray
The Believers comes to Blu-ray in a limited edition of 3000 copies. As with most Twilight Time releases, the disc is packaged with a glossy color booklet containing promotional stills and an essay by TT's Julie Kirgo.

The Video:
Twilight Time's AVC-encoded 1080p 1.85:1 presentation boasts excellent clarity and color reproduction. On the digital end, it's first-rate. The film elements are generally defect-free, although a few moments are marred by dirt and speckling. My girlfriend, who has watched many a Blu-ray with me, was particularly impressed by the quality of this transfer. I'm sure Robby Müller's moody cinematography had something to do with it too.

The Audio:
The Believers comes with an effective DTS-HD MA 2.0 soundtrack that cleanly blends the dialogue, atmospheric effects, and music by Brand X's J. Peter Robinson. The track has excellent fidelity and sounds quite impressive, even without a surround mix. The only subtitle option is English SDH.

- Fortunately, this is not just an M&E track, like many Twilight Time discs offer, so you get J. Peter Robinson's score in a high-quality DTS-HD MA stereo mix without the interference of sound effects.

Final Thoughts:
The high caliber of the cast and the director make The Believers a more entertaining popcorn movie than its half-cooked premise promises. The picture and sound quality has been significantly improved over the the 12-year-old DVD, making this a worthwhile upgrade, even if there are still no meaningful extras. Recommended. 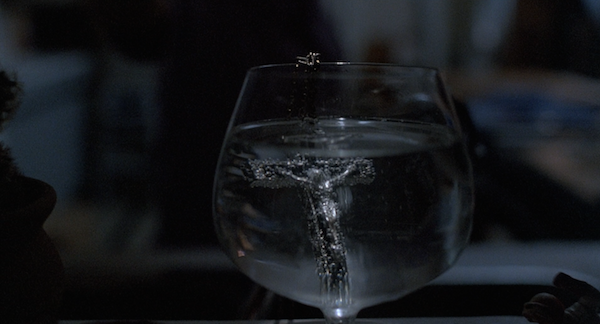