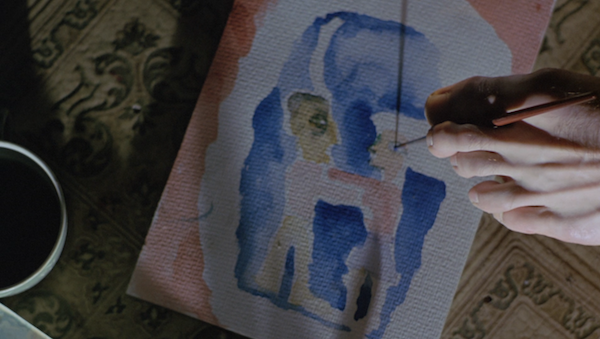 Daniel Day-Lewis won his first Academy Award for his performance in director Jim Sheridan's 1989 film, My Left Foot, portraying real-life artist and writer Christy Brown. As the title hints, Brown is best known for painting and typing using only his left foot. Suffering from severe cerebral palsy since birth, which contorted his limbs and face (making the glamor shot of Daniel Day-Lewis on the front cover of the Blu-ray all the more inappropriate), Brown found that he was only able to focus and control this one appendage. Brown's imprisonment in his own body and his ability to overcome it is an inspiring story, ripe for Hollywood dream-making. The thing that distinguishes My Left Foot from a lot of life-affirming Oscar-bait movies, though, is the way that it doesn't severely buff down its hero's hard edges.

In many ways, the Christy Brown of the film is a testy creative type first and an inspiring survivor second. Christy is self-doubting, cantankerous, opinionated, flirtatious, hot-tempered, and able to drink many a lesser person under the table. If Day-Lewis's performance is remarkable -- and it is -- it is because he never just recreates an affliction: he struggles to communicate the contents of Christy's soul, just as the real man struggled to do that very thing.

An early sequence in the film brilliantly illustrates Christy's seemingly impossible situation without being sentimental or melodramatic. A young Christy (Hugh O'Conor, perfectly matched with Day-Lewis in the role) is carried upstairs to his bedroom by his loving, oft-pregnant mother (Brenda Fricker). As she tries to make her way downstairs, she passes out and tumbles down. Alone in the house and unable to speak, Christy quickly has to maneuver to the floor and out to the stairway to see what has happened. When he sees his mother unconscious at the foot of the stairs, he quickly forces himself down the staircase with his one good leg and positions himself so he can pound on the front door to get the neighbors' attention. He succeeds, although none of the neighbors understand the feat that Christy has just achieved; they presume Mrs. Brown passed out carrying Christy on the ground floor. They lament what a useless child he is and what a burden, while standing over him.

Worse than being taken for mentally handicapped by the neighbors, Christy's family presumes the same thing. Christy's father (Ray McAnally) is never particularly cruel to him, but when the boy crudely scratches the answer to his brother's math problem on the floor with chalk, his father doesn't even consider that it could be some sort of communication. When Christy finally musters the strength to clearly write out the word "MOTHER," the family is shocked to realize their long-held misconception and they welcome him as though he were a new member of the family. 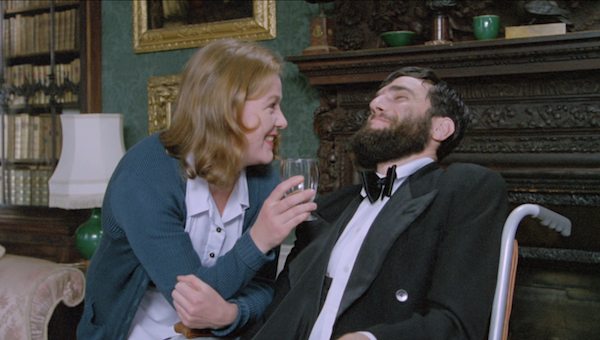 Despite their poverty, Christy's mother looks to nurture his development. She secretly saves up money to get him a wheelchair and she brings in a cerebral palsy expert, Dr. Eileen Cole (Fiona Shaw), who improves Christy's speech and gets his art a gallery showing. (The doctor also gives him his first experience with romantic heartbreak by refusing his affections.) Though Brenda Fricker does not have a particularly showy role as Mrs. Brown, she maintains the emotional center of the film and her own Academy Award win for this film was well-deserved (although the choice to designate her as a "Supporting Actress" when she's clearly a lead seems like an unfortunate bit of political maneuvering).

My Left Foot's screenplay by director Sheridan and Shane Connaughton (based on a memoir Brown wrote at age 22) is episodic and, in some ways, impressionistic. It utilizes a flashback structure based around Christy's attractive new nurse Mary (Ruth McCabe) reading passages from his memoir, which makes it easier for the filmmakers to focus on capturing the spirit of Christy in vignettes rather than recounting every beat of his life, but this approach also leads to some jarring ellipses. For example, the film brilliantly details Christy's physical and emotional development, but it gives viewers frustratingly little of his creative development. The ending, too, elides the last decade or so of the author's life -- in which he wrote the majority of his best-known literary works -- as though it was tangential (his death at age 49 is not even mentioned in the film). Even taking those dubious choices into account, My Left Foot is undeniably a powerful emotional experience and a smartly made, beautifully acted film. 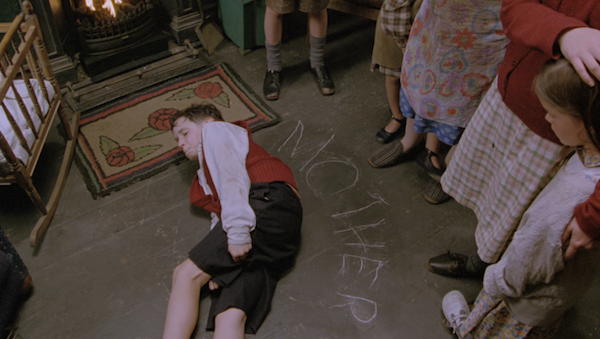 The Blu-ray
Lionsgate's Blu-ray for My Left Foot also comes with a code for Ultraviolet Streaming.

The Video:
The AVC-encoded 1080p 1.78:1 image is good overall. There are a few small instances of compression artifacts, and the structure of the film grain seems to fluctuate, but the image is stable. The sedate color palette and skin tones (though a little pinkish) appear accurately reproduced.

The Audio:
Though it's not a gut-rumbler, the DTS-HD MA 5.1 audio still manages to make good use of the surround speakers, particularly during the music cues by veteran composer Elmer Bernstein. Dialogue is clear, and the track has suffered no apparent damage. There are two subtitles options: English SDH and Spanish subtitles.

Special Features:
These are pretty much just the standard-def features that were included on the 2005 DVD.

Final Thoughts:
Like many of their Miramax reissues, Lionsgate's Blu-ray for My Left Foot is a bit perfunctory. The film, however, is outstanding and remains one of Daniel Day-Lewis's greatest screen roles. If you're pondering an upgrade, this release is pretty much a push. If you've never seen or owned this film, this disc comes Highly Recommended. 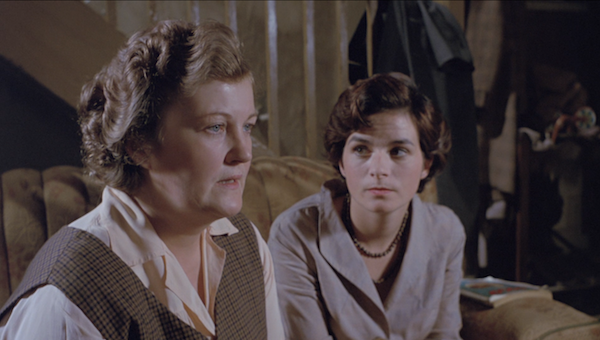