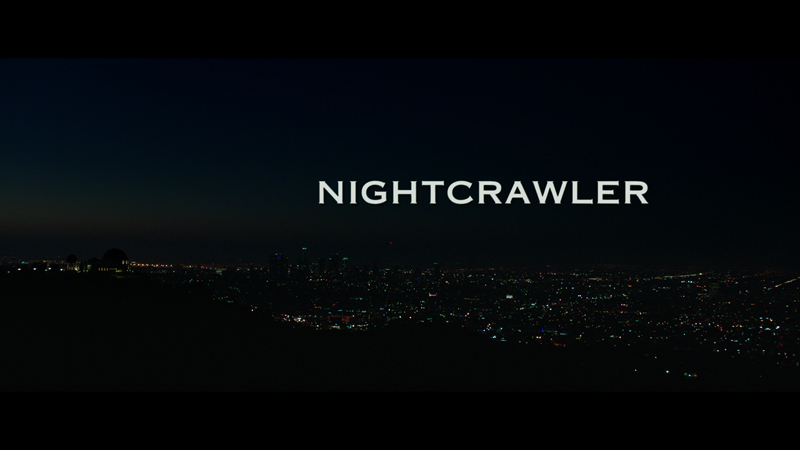 The Movie
Jake Gyllenhaal is an extremely talented and versatile actor, but to this reviewer, he's never better than when he's making audiences uncomfortable, going back to his breakout role in Donnie Darko. He has an innate gift for giving a character an edge that walks the tightrope between passionate and disturbed. Nightcrawler obliterates that line as Gyllenhaal makes his character, Lou Bloom, an icon of what one can achieve when you let nothing get in your way.

Lou is a hustler, a guy who's not above breaking the law as a small-time criminal to earn some money if he can't find employment. He finds his calling however when he sees some freelance video shooters covering a fiery car wreck. Inspired, he gets a camera and a naive, yet willing assistant (Riz Ahmed) and goes about becoming one of those "nightcrawlers." Setting his mind to the task, Lou quickly makes a name for himself as he sells his lurid footage to Nina (Rene Russo) the news director at a low-rated Los Angeles channel. As is the case with most obsessions however, it can't be shut off and it definitely can't be satisfied, which pushes Lou further and further to the edge in pursuit of money and respect, closer to likely illegal (and certainly immoral) actions. 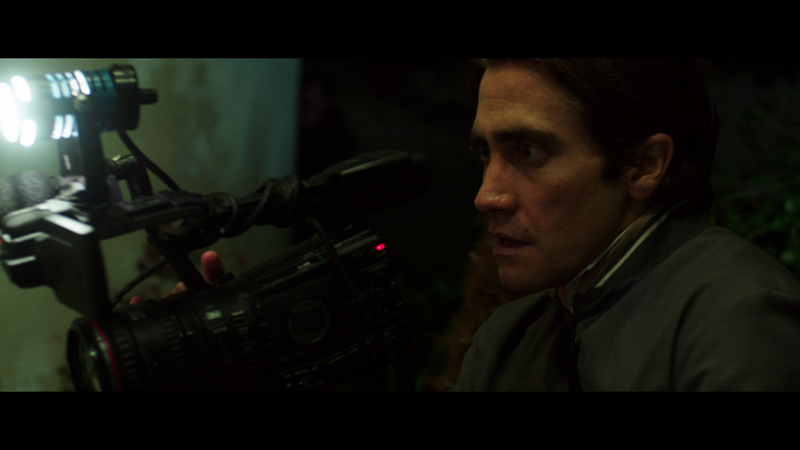 Gyllenhaal is wonderful as Lou, bringing a remarkably restrained intensity (aided by a physical alteration brought on by a loss of 25 pounds) to a part that could have easily ended up as a simple madman. It's easy to believe people would be drawn in by him, while his outbursts are more affecting, thanks to his nuanced performance. He's not alone in impressing as Ahmed is excellent as the over-his-head innocent, Russo has the ability to play both hard-edged and vulnerable without seeming inconsistent, and Bill Paxton is great in a small role as a rival shooter. The relationship between Gyllenhaal and Ahmed's characters is the spine of the film however, and together they are hugely entertaining.

First-time director Dan Gilroy (who wrote the film, along with previous films like The Bourne Legacy and Real Steel) does a fine job of balancing the two sides of Lou, and utilizes the visual language of TV news and video cameras to capture the feel of the world Lou attempts to invade, deftly using monitors and viewfinders to control the impact of the scenes Lou films. Aided by Paul Thomas Anderson collaborator Robert Elswit as cinematographer, the film captures a grimier vision of Los Angeles than most films, and has a certain ‘80s feel to it that makes for an intriguing watch. The film's climactic scene is an outstanding example of high-octane stunts and terrifyingly precise drama, which the film's overall pacing builds to well.

In the end, the ending may be the only real sticking point, and it's likely to be divisive as to whether it's a satisfying conclusion. The film has done a tremendous job of building and building to that point, so it can come off as something of a let-down, but it also makes perfect sense in the world of the film. 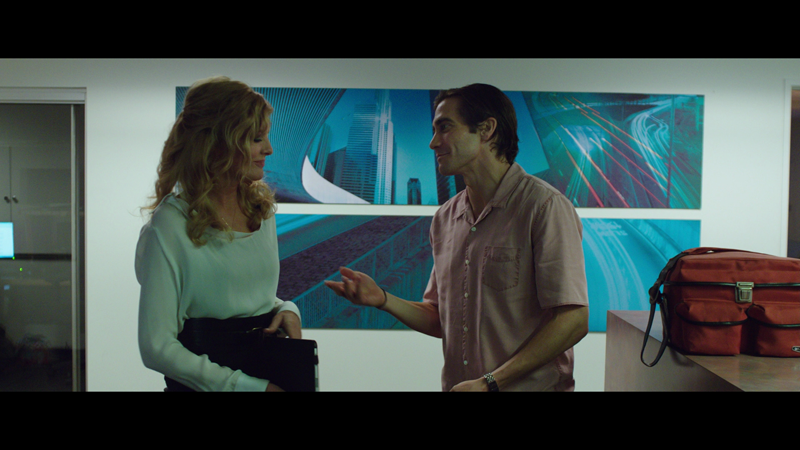 The Disc
Nightcrawler arrives on one Blu-ray,packed into a standard Blu-ray keepcase, which is inside an embossed slipcover that repeats the cover art. A static version of the Universal curve menu features a striking photo of Lou Bloom, and offers a choice to watch the film, select scenes, adjust the set-up and check out the special features. There are no audio options, while English, Spanish and French subtitles are available.

The Quality
No complaints here regarding the 1080p, AVC-encoded transfer, which heightens the aforementioned ‘80s feel with a patina of grain. The film features well-saturated colors, deep black levels and a high level of fine detail that all help avoid the murkiness that could have enveloped a movie this dark. There are no noticeable issues with digital distractions, a fact you'll appreciate during the big climax.

The 5.1 DTS-HD Master Audio track offers an impressive presentation of the sound, a key element to the feel of the film. Dialogue is crisp and clear, coming mainly from the center channel, while the film's atmospheric score gets a boost from the surrounds, blanketing appropriately. There are a good deal of scenes involving action of some sort, and the mix positions everything well in the sides and rear, with some outstanding dynamic moves across channels, while the low-end is used like good seasoning, punching in at the right points to lend power to the big bangs. This is a film that is truly heightened by the sound, and this track does it all well.

The Extras
Only two extras are available here (aside from several previews.) First up is a feature-length audio commentary with Gilroy and his brothers John and Tony, who served as producer and editor respectively. The conversation between the three has the natural rhythm you'd expect from brothers, as they praise their collaborators (especially Gyllenhaal), discuss the film's origins and financing, talk about dealing with issues that cropped up and explaining the importance of hair and clothing to a film. Unfortunately, they broke one of my cardinal rules, in that they discussed cut scenes that are not included on the disc. Otherwise, it's an enjoyable and entertaining track.

A 5:15 featurette is also included, "If it Bleeds, It Leads: Making Nightcrawler." Through interviews with Gyllenhaal, Gilroy, Russo and Ahmed and on-set footage, the production is covered well, including Gyllenhaal's weight loss. The most interesting part is the involvement of two actual "nightcrawlers," who served as consultants and appeared briefly in one scene. 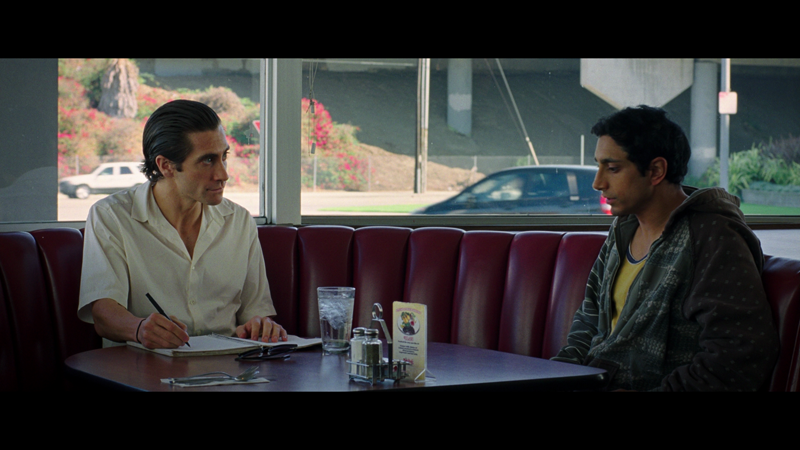 The Bottom Line
Much like Birdman is an actor's film, Nightcrawler lives mainly on Gyllenhaal's ability to tell Lou Bloom's story with all of his talent, and the results are excellent, aided by a fantastic support team, not the least of which is DP Elswit, who helps make it look oh so pretty. The Blu-ray looks and sounds great, and has a modicum of interesting extras to check out. Owning may not be absolutely necessary, but it's definitely one to check out, as it will stick with you.