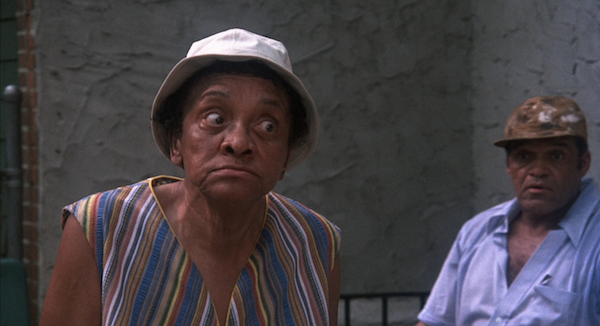 I have yet to have had the pleasure of watching one of the many films written and directed by Tyler Perry, but from what I've gathered second- and third-hand, his output is characterized by abrupt tonal shifts from silly comedy to severe melodrama, augmented by themes derived from Christian morality. If that is truly the case, then I wouldn't be surprised if Tyler Perry took more than a little inspiration for his work from the tonally schizophrenic 1974 film, Amazing Grace, which was the first and last leading movie role for eighty-year-old African-American stand-up comedian Jackie "Moms" Mabley (she died less than a year after the film was released).

Recognizable by her shapeless house dresses and floppy hats, Moms was an invented character (like a more recent example, Larry The Cable Guy) who would claim to chase younger men and then talk uncommon sense about race relations and the younger generation. She also became the oldest living person with a Top 40 charting single with her serious, impassioned recording of "Abraham, Martin, and John," the folk song tribute to America's socially progressive leaders who had been assassinated.

Somewhat unfortunately, the Moms who recorded "Abraham, Martin, and John" is more present in Amazing Grace than the sassy, quick-witted comedian. Before popping in the newly minted Blu-ray of the film, I skimmed the Amazon and IMDB reviews, and the majority of those reviewers portray Amazing Grace as a laugh riot. Thankfully, this movie is not completely without laughs, but it doesn't exactly feel like a comedy either: more often it plays like an earnest afterschool special about "uplifting the race."

Moms plays Grace Teasdale Grimes, a good-hearted know-it-all who returns to Baltimore after visiting some relatives down South to find that a new mayoral candidate has moved in next door to her. She's both astonished and suspicious that a "colored" man is running for mayor, and it turns out she's right to be suspicious. Welton J. Waters (Moses Gunn, aka Bumpy Jonas from the first two Shaft movies) may be running to be the first black mayor of Baltimore, but he is actually in cahoots with the incumbent conservative mayor to divide and conquer the liberals by drawing away black voters. Grace, with the help of her new friend Forthwith Wilson (Slappy White, Sanford and Son), manages to spy on Waters and his self-hating, alcoholic wife Creola (The Omega Man's Rosalind Cash) and finds out all about the plan to pull the wool over the eyes of the black community. After a strange interlude in which Forthwith tries to restart his long-dormant career as a vaudeville performer by offering himself up as a hype man to the Waters campaign, Grace successfully shows the mayoral candidate and his profligate wife the error of their ways and together they conspire to bring down the corrupt incumbent and run a legitimate campaign to make Waters Baltimore's first black mayor.

That's not a bad little story, but the way I've described it here makes a lot more sense than the way the film chooses to tell it. An awful lot of screen time is devoted to characters who are not played by Moms Mabley -- which is possibly a side effect of Moms's real-life ailing health. This choice is more understandable if that was the case, but the other actors also use their beefed-up screen time to muddle the tone of the film. All of them behave like they are in different movies. Slappy White acts like he is in a TV sitcom, Moses Gunn is in a Shakespearean tragedy about selling out, and Rosalind Cash is in a movie-of-the-week about substance abuse. Director Stan Lathan (who went on to do a lot of TV, including most episodes of Roc and The Steve Harvey Show) and writer-producer Matt Robinson show their relative inexperience by not getting everyone on the same page. Many of the scenes are really entertaining on their own... and don't make a lick of sense when they appear one after another.

One of these scenes that is pretty great out of context is Grace's stump speech near the end of the film, where she addresses a room packed to the brim with black college students and talks about her hopes for young people in the future and how important it is to vote for Welton J. Waters. It's a tearjerker moment that derives its power from Moms Mabley's clearly genuine conviction. In context, though, it's a little confusing, because Welton J. Waters has hardly been painted as a politician worthy of this kind of idealistic outpouring.

The film also features two fascinating cameos from Stepin Fetchit and Butterfly McQueen, known for their indelible screen portrayal of stereotypical black characters in the 1930s and '40s. Their inclusion here would at first seem to be a comment on their problematic cinematic legacy, but their performances in the film are so unselfconsciously old-fashioned that no such comment ever materializes. Stepin Fetchit replicates one of his signature bits by speaking too slowly and wasting a white man's time, then later he sings a melancholy song about a washed-up song-and-dance man on the soundtrack. Butterfly McQueen -- whose voice had barely deepened from the days when she was Prissy in Gone with the Wind -- provides some of the biggest laughs in the film, carrying on a telephone conversation with Moms Mabley's character that keeps getting unnecessarily convoluted, exasperating the old woman to no end.

It's hard to get mad at Amazing Grace. Its heart is certainly in the right place, and it is a pleasure to see many of these featured actors at work. Unfortunately, the film is also too bizarre and semi-inept to warrant a recommendation. As Moms Mabley's swan song, Amazing Grace is far from the worst send-off she could have had, but I would recommended sticking with her comedy albums and scattered TV appearances if you want a taste of the comic brilliance that caught the imagination of so many audiences for decades and decades. 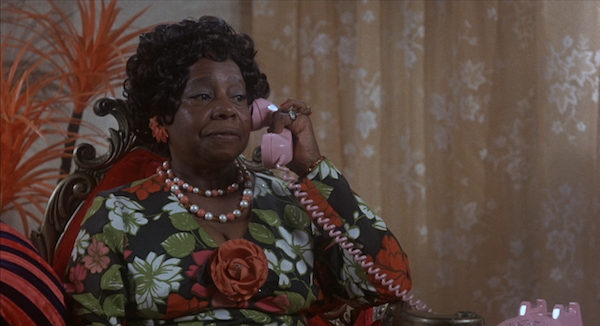 The Video:
The AVC-encoded 1080p 1.85:1 video transfer that MGM supplied to Olive Films is pretty good, with excellent detail and strong color reproduction. No one bothered to spiff the image up, as there is a near-constant barrage of little specks and flecks on the film. Still, considering the age, budget, and obscurity of this little flick, this is a better-than-average transfer.

The Audio:
The score by Coleridge-Taylor Perkinson and songs by Matt Robinson come out sounding the best in the DTS-HD MA 2.0 audio mix. The dialogue otherwise sounds fine for a low-budget production. No subtitles.

Final Thoughts:
Amazing Grace has quite a few good acting moments from its talented cast and few solid chuckles to boot, but the film's narrative cohesion is non-existent. That makes this more of an interesting curio than a solid night at the movies. Still, if you're curious, Rent It. 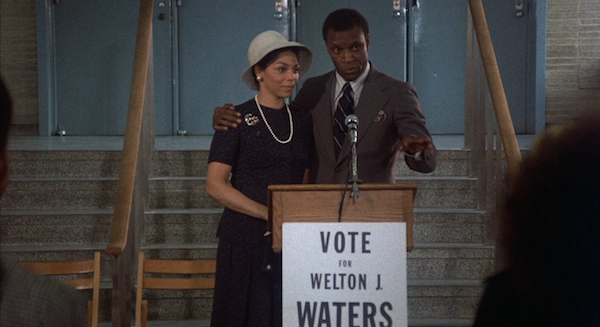