Kingdom of Dreams & Madness, The 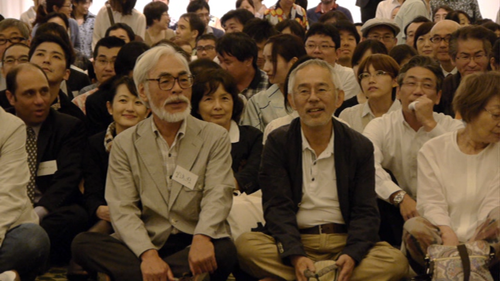 At a crucial moment in the behind-the-scenes-at-Studio-Ghibli film The Kingdom of Dreams and Madness, the director asks how things are going for one of Ghibli's animators, plugging away at her desk. With a smile and a nod, she can only respond with a curt "it's hard." The strained, smiling-through-the-torment attitude of that animator epitomizes this documentary, which gingerly peeks into Studio Ghibli and its brilliant cofounder Hayao Miyazaki during the decisive year-long period when they were rushing to complete two films for release on the same date - just as Miyazaki would announce his retirement.

Despite the stress of rushing to complete The Wind Rises and The Tale of The Princess Kaguya in time, the laid-back, observant filming method used in The Kingdom of Dreams and Madness makes Studio Ghibli look like an exceedingly pleasant place to work. Nestled in Tokyo's nondescript industrial Koganei district, we observe the studio's day-to-day activities as animators check in, executive meetings are conducted, desk work is broken up with daily coordinated exercise drills - and all the while, a black and white cat named Ushiko is seen wandering in and out of the premises. The hands-off approach of director Mami Sunada offers a fair glimpse of Hayao Miyazaki's stern yet benevolent management style. Although Sunada gets a few moments of alone time with Miyazaki, mostly it's all business with Miyazaki reluctantly speaking while storyboarding and animating scenes. He seems distracted and even annoyed by the film crew's presence, but throughout one does get a good feel for Miyazaki's strong work ethic (he's in his 70s, remember) and leadership-by-example principles.

The Kingdom of Dreams and Madness also goes out of its way to show that Miyazaki isn't the only figure associated with Studio Ghibli. During the fever-pitch production on The Wind Rises, Miyazaki is frequently seen consulting with with Studio Ghibli co-founder and the film's producer, Toshio Suzuki. The two men have the kind of mutually respectful, not-quite-friendly but deeply admiring relationship that only comes from business associates who have spent decades working together. The duo's interplay is especially interesting to witness during the voice casting process on The Wind Rises, when Miyazaki decides to forgo using a professional actor for the movie's lead character, Jiro. Miyazaki believes that the dry, affectless speaking voice of fellow animation director Hideaki Anno is ideally suited for his pragmatic aircraft engineer hero, an idea that at first is suggested as a lark but ultimately proves to be perfect. That off-the-wall choice doesn't go through without some cautioning from Suzuki and other Ghibli execs, yet as shown in the movie it turned out to be an excellent choice. The third, often overshadowed figure in Studio Ghibli's history is Isao Takahata, director of The Tale of The Princess Kaguya. The production on that film gets a short shrift compared with The Wind Rises in the documentary, although Takahata's valuable contributions are well-covered with a bit of oral history explaining how Studio Ghibli and these three men's incredible partnership came to be.

Throughout The Kingdom of Dreams and Madness, I kept thinking this film would have made for an excellent supplement on a deluxe Blu Ray edition of The Wind Rises (a la Leslie Iwerks' fantastic 2007 doc The Pixar Story, included as a bonus on WALL-E). It seemed too wispy and forgettable to stand up to the scrutiny of a standalone release, however - as presented on GKids' DVD with a handful of extras, the weaknesses of this film really stand out. Director Mami Sunada seemed to realize that she wasn't going to get much directness out of Miyazaki (who is focused on the tasks at hand, rightfully so), but the quietly observant tone she uses in its stead makes this one sweet, toothless documentary. Other choices are ill-advised, such as using her own blandly descriptive voice for the narration and focusing on odd, throwaway moments like Miyazaki closing the curtains in his apartment (poetic symbolism?). I also noticed the lack of film clips, although they are used lovingly in the film's one "wow" moment - when Miyazaki fancifully describes the urban landscape outside the studio's windows accompanied by dazzling scenes from Kiki's Delivery Service, Ponyo and others.

As far as behind-the-scenes moviemaking docs go, The Kingdom of Dreams and Madness isn't bad, but it often feels like a missed opportunity. Given the subject matter and time period covered, anybody with a working camera and decent editing skills could have crafted something worthwhile. It might have been a cultural thing - the Japanese are generally not a society that favors people revealing their inner thoughts on camera the way Americans do. Still, those seeking an admiring, fly-on-the-wall look at the studio's inner workings won't be left disappointed. 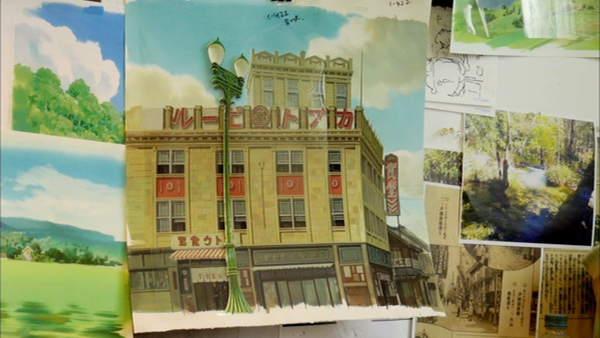 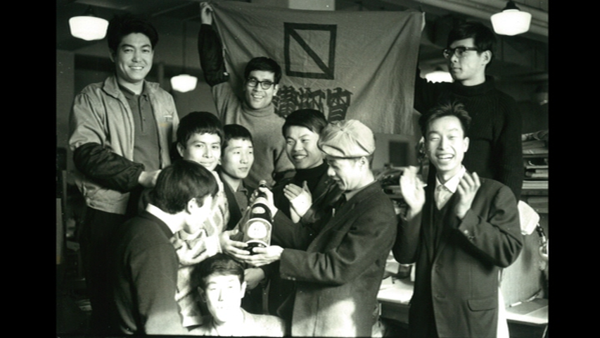 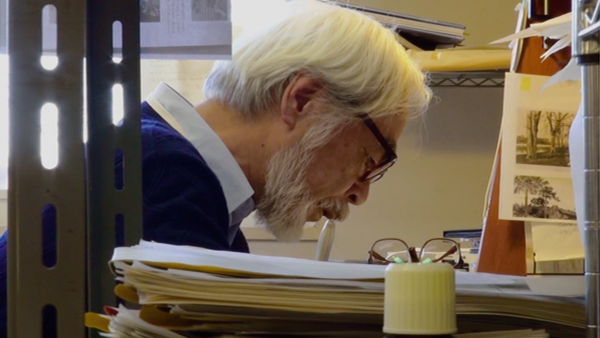 Cinedigm and Gkids' DVD release of The Kingdom of Dreams and Madness sports a good 16:9 widescreen image. The picture varies since the director was working with handheld digital cameras using available light, but mostly the visuals have an appealing warmth with good balance and a moderate amount of detail.

Being a documentary that uses ambient dialogue and sound effects with an unobtrusive musical score, the disc's 5.1 Surround soundtrack is a simple, pleasant-sounding affair. Since it was mostly filmed indoors, the dialogue has a little bit of echo, but it's good with little in the way of distortion. The Japanese-language soundtrack defaults to having the optional English subtitles on. No other audio or subtitle options are present on the DVD.

A 32-minute film, Ushiko Investigates!, consists of unrelated vignettes from around the studio narrated by Ghibli's resident cat. Chronicling a few episodes not covered in the main feature (including a visit from Pixar's John Lasseter), it follows the same observant tone of the feature - although the use of English subtitles on top of burned-in Japanese subtitles makes it more difficult to follow. The two-minute Digest Short Film is a montage of scenes from the film scored to twee piano music. Trailers for this film and other Gkids releases round out the extras.

The tentatively directed, quietly observational The Kingdom of Dreams and Madness does a fair job showing the day-to-day activity of Japan's legendary animation house Studio Ghibli and its cantankerous founder, Hayao Miyazaki. Ghibli fans will definitely appreciate this peek behind the curtain, although a passive, deferential tone makes it much more lightweight than it should have been. Rent It. 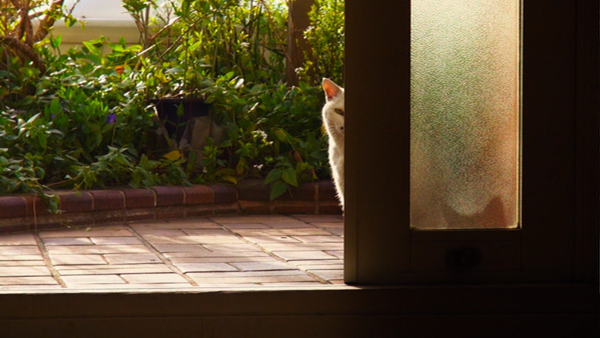 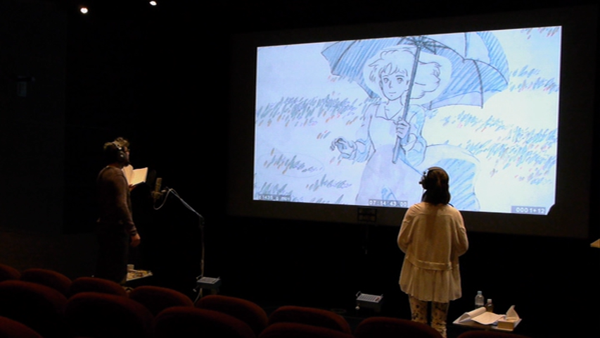