NOTE: The photos accompanying this review are taken from promotional materials and do not AT ALL reflect the quality of the Blu-ray under review. 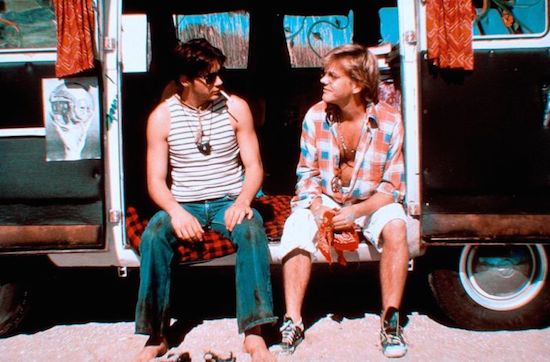 Viewed now, it's hard to deny that On Golden Pond, the second biggest box office hit of 1981 (behind Raiders of the Lost Ark) and winner of three Academy Awards, is more than a little cheesy. Arguably, the lead performances by Henry Fonda and Katherine Hepburn make that film, far more than the material those actors are performing. Nonetheless, playwright Ernest Thompson was one of those three Oscar winners, alongside Fonda and Hepburn, for adapting his own play to the screen.

Presumably this is why somebody eventually let this guy direct a movie: the 1988 nostalgic drama, 1969. Writer-director Thompson assembled a phenomenal cast of both young and seasoned actors for the film, but they were unable to elevate what must be one of the most generic "personal" stories ever filmed.

Thompson does deserve credit for not attempting an epic sweep in tackling this well-trodden time period. Instead, he centers 1969 around two families in small-town Maryland. Even with its more modest scale, though, the film never allows its characters to be fully human. Instead, they are more often on-the-nose symbols. Kiefer Sutherland takes the Thompson surrogate role as sensitive idealist Scott Denny, who makes a point of going to college to avoid being drafted into the army and rambles hippie bullshit about striving to be a leaf in the trees instead of being a toadstool on the ground. Robert Downey, Jr., plays his life-long buddy Ralph Karr, a goof-off stoner who also doesn't want to get drafted but lets his grades slip nonetheless. Sutherland and Downey's best scenes together involve them driving fast or talking about girls -- you know, acting like college kids -- but too often the actors are hamstrung with unconvincing, earnest speeches about changing the world or going against the grain of the establishment.

The film opens with Scott and Ralph hitchhiking home for Easter. After fantasizing about being driven by a luscious blonde, they are instead picked up by a balding gay man who sings loudly along with The 5th Dimension and tries to grab Scott's crotch. Presumably this is just meant to be a comic interlude (albeit one lacking in, ya know, jokes), but Thompson unintentionally reveals that our two leads are still just as closed-minded and provincial as the "square" family members to whom we are about to be introduced. Scott's brother Alden (Christopher Wynne) is shipping out for Vietnam and his father Cliff (a squandered Bruce Dern) could not be prouder. Scott naturally counters that the war is "bullshit," but he offers little to back up his claims, making him seem as uninformed in his own way as Alden is in his. Ralph's family is a little more laid-back: widowed mother Ev (Joanna Cassidy) enjoys a good drink and a flirt now and then, while younger sis Beth (a radiant Winona Ryder) is starting to find herself outraged by the same things that are outraging that cute boy her brother is friends with.

Winona Ryder pretty much steals the movie, but unfortunately her character's viewpoint is so vaguely sketched that it is still quite difficult to connect with Beth. (She becomes a galvanized member of the counter-culture because, at one point, her family walks through a college campus riot and a protester bleeds on her.) Only Mariette Hartley, as Scott and Alden's mother Jessie, manages to play her part in a way that's fully believable, and maybe that's just because her character is written consistently -- consistently in shock and pain every moment she is onscreen. Early in the film, we see Jessie pleading with Alden across a crowded highway not to die in Vietnam; it's a somewhat gimmicky scene (in a bit of obvious foreshadowing, Alden does not understand what she is saying) that still cuts deeper than most of the film because of Hartley's conviction. Later, after her son has been reported missing in action*, Jessie takes all the food out of the refrigerator. When her husband asks her about it, she pushes it all onto the floor. Again, the action is extremely melodramatic, but Hartley's understanding of Jessie's pain and anger makes the scene more powerful than all the other emotional blow-ups in the film -- and believe me, there are more than a few.

Yes, Thompson might show flashes of competency during his first voyage at the helm, but he is not at all subtle. Whenever possible, he leans on a golden oldie on the soundtrack to evoke emotion or reiterate his intention. This is neither the first film nor the last film to use Hendrix's version of "All Along the Watchtower" or Cream's "White Room" to goose the drama of a scene, but rarely have they been deployed so haphazardly. Elsewhere, when Scott and Beth make out for the first time, The Zombies suddenly appear on the soundtrack to comment, "It's the time of the season for loving." When Scott decides to make a run for the Canadian border, Canned Heat is there to sing about "Going Up The Country."

For all of its problems, 1969's true crime is that nothing in it is uniquely bad. One can spitball a half-dozen movies or more that attempted to capture this era and failed in just about the same ways. Because of the importance of the era, Thompson's characters seem convinced that what they experience Means Something. But little of what Thompson relays in his script has a remotely fresh point-of-view. He never satisfyingly makes a case for why this particular regurgitation of the past is noteworthy, let alone meaningful. He seems to have skimmed the slightest of details from his own experience and then laid them over the most generic coming-of-age plot he could concoct. In fact, much of the film's earnestness would be much easier to swallow if the whole enterprise didn't feel so disingenuous.

I'm not doubting that the '60s were weird for people in the suburbs. That's still not enough reason to make a movie about it.

*This plot point is revealed pretty early in the theatrical trailer, so while it might seem a little spoiler-ish, I don't think it's unfair to share it here. 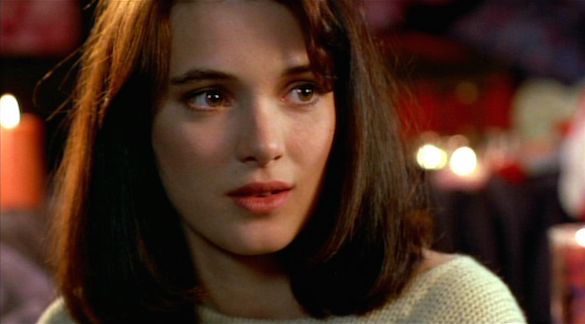 The Video:
On the technical side, this release is quite strong. Considering its age, the AVC-encoded 1080p 1.85:1 image looks very good. There are no major digital compression issues. I noticed only a few isolated instances of dirt or film damage, with the fine-grain film structure appealingly intact. The colors are nicely saturated and realistic.

The Audio:
Certain portions of the dialogue sound a little boxy, but in general this is a well-rounded DTS-HD MA 2.0 mix. The omnipresent vintage song clips all sound full and vibrant. No subtitles.

Final Thoughts:
You know that rule of thumb where if you recognize a lot of the cast members on a video box, but you've never heard of the movie, then it's probably not any good? That certainly applies to 1969. If I saw the soundtrack in a used record store, I'd probably pick it up. But as for the movie? Skip It. 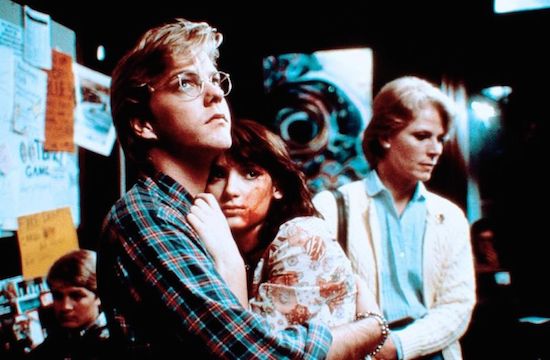