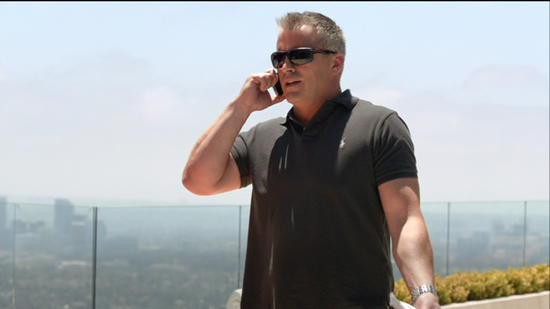 In its third year, Showtime's Hollywood-skewering Episodes encountered the same conundrum many sitcoms face - how to stay fresh with a show built upon a concept that wasn't built to last more than a season or two. Though the humor is a touch more mild than the second season (itself less hilarious than the brilliant debut season), Episodes still brings the funny with a fantastic cast and subversive, razor-sharp observations. As with previous seasons, these nine Episodes episodes from 2014 are highlighted by Matt LeBlanc's likable smarm as a fatuous, fading sitcom actor who happens to share his name.

When we last left our hapless showbiz mover-and-shaker characters, Matt and married couple Sean (Stephen Mangan) and Beverly Lincoln (Tamsin Greig) - the British writing team behind his terrible, struggling-in-the-ratings sitcom Pucks! - were engaged in a knock-down, drag-out brawl at the special "man of the year" dinner honoring cancer-survivor and network head, Merc Lapidus (John Pankow). But it looked like things might work out: Merc's assistant/mistress Carol Rance (Kathleen Rose Perkins) comes to the realization that she's been used and Merc has no intention of leaving his blind wife, Jamie (Genevieve O'Reilly). While Merc got the axe as the network's president, Carol is led to believe she's being groomed to take his place, only to be shunned aside in favor of a constantly distracted hotshot named Castor Sotto (Chris Diamantopoulos). Meanwhile, Sean and Beverly might have finally realized they were meant to get back together after each had awkward affairs with Pucks!'s age-indeterminate female lead Morning Randolph (Micrea Monroe) and Morning's house-restoring brother, Bob (James Purefoy, who doesn't appear in this season).

Although Episodes appears to be slowly shedding the caustic humor that made it such a sensation in the first place (four years ago!), the strong cast of characters set up by creators Jeffrey Klark and David Crane (Friends) has enough juice to remain consistently hilarious. There's no mercy involved, as our regulars get torn apart (Merc and Jamie, who settled into a relationship with Matt), reunited (Sean and Bev), or impulsively thrown together (as soon as Carol decides she's done with Merc, she develops a thing for her new boss, Castor). Like the flippant shuffling around of TV shows on the schedule of the unnamed network these people work for, Episodes is content with never keeping anything in one place for too long. This restlessness leads to some characters being absent for long stretches at a time - Merc, whose smarm was genuinely missed, and Morning, who wasn't - while others such as the obsequious Carol have gained new layers of complexity. The writers seemed to get lots of mileage out of Carol's friendship with Bev (if anything, there are too many "Carol and Bev chatting" scenes this season). As long as it allows for more interplay between pitch-perfect Kathleen Rose Perkins and dryly sarcastic Tasmin Grieg, we don't mind.

And what of Pucks!? Without going into a lot of detail, the show-within-a-show goes through several changes as well, including the fit of jealousy from Matt that arises when one of the young actors in the cast is lured away to do a Michael Bay movie. As Matt maneuvers to distance himself from this crappy sitcom he's attached to, he descends into ever-more dickish behavior. How bad can he get? I won't say, only that it's worth noting that LeBlanc plays it so charmingly that we hope the writers will push this deluded guy even further into untapped levels of douchbaggery. 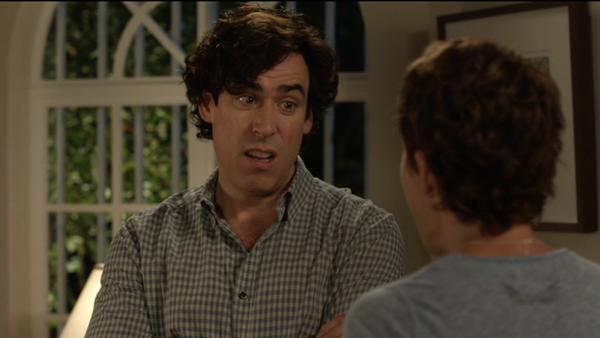 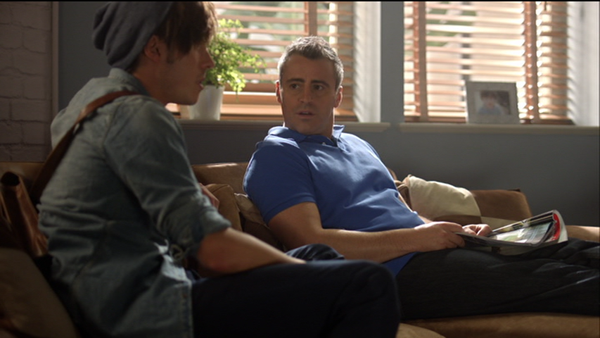 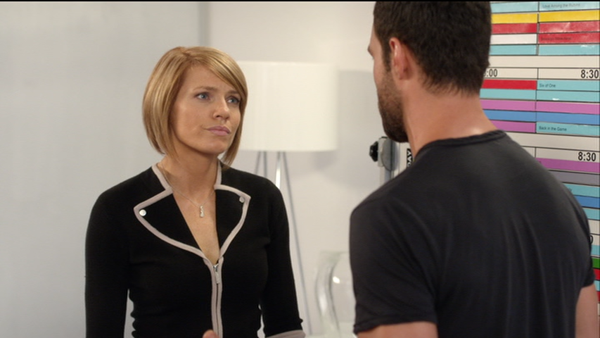 Showtime's DVD edition of Episodes: The Third Season comes in a clear plastic keep case with two discs mounted on each interior wall. Brief plot descriptions on the nine episodes this season are printed on the interior print insert. No paperboard sleeve for this no-frills release.

The 16:9 widescreen image continues the smooth, digitally enhanced visual on the DVD edition of the first two seasons. If the picture seems a little too sterile, at least the colors pop and detail is fine without looking overly sharpened. With nine half-hour episodes spread over two discs, the mastering job gives some space to make the visuals look good.

As with previous DVD editions, the 5.1 Surround audio sports a solid mix with atmospheric, pristine sound. Dialogue is pretty clean, while ambient sound effects are used to create depth in a subtle, non-showy way. Each episode also has Stereo Spanish-dubbed alternate audio, although captioning options are absent.

Interviews? Commentaries? Sadly, the only extras here are text-only Biographies of the cast members repeated from the Seasons 1-2 package. How very 1999 of them.

Although the showbiz-skewering acidity from the first season has been toned way down, Showtime's Episodes came back strong for its third season. Still a solid, funny satire of Hollywood's tendency to turn everything it does into junk, I nevertheless sense that the creators still don't quite know what to do with these wonderful characters (even star Matt LeBlanc seems to have taken a back seat this year). No matter, this show still boasts a strong ensemble cast in hilarious, uncomfortable situations. Recommended. 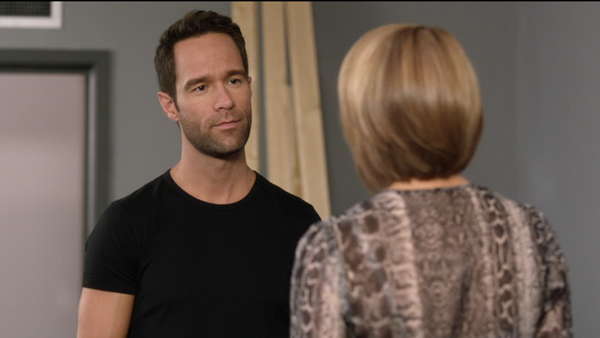