On Any Sunday: The Next Chapter 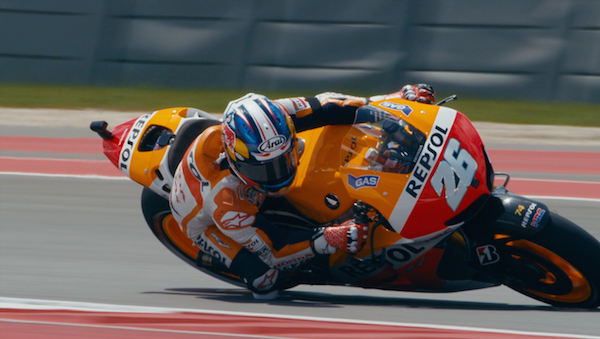 Considering how uninterested in sports I typically am, it's quite an anomaly that I love the films of Bruce Brown. He is best known for his '60s surfing documentaries, like The Endless Summer, which feature simple but hypnotically beautiful shots of athletic dudes riding the curl, scored to twangy rock music and narrated somewhat humorously by Brown himself. He sometimes profiled other sports that caught his interest, like skateboarding or motorcycle racing -- both of which, like surfing, are typically hyped as "extreme" sports these days but were not being oversold in the same way when Brown was at his peak. In 1971, he released the Oscar-nominated motorcycle documentary On Any Sunday, which surveyed the various styles of motorcycle riding and racing and was noteworthy for capturing a number of jaw-droppingly difficult shots of the racing, achieved through low-budget ingenuity. The production was helped along by support onscreen and off-screen from rider and enthusiast (and movie star) Steve McQueen.

Now, more than forty years later, Bruce Brown's son Dana (director of Dust to Glory and Step Into Liquid) has decided to revive the On Any Sunday concept for the 21st Century. On Any Sunday: The Next Chapter (the fifth film in the series, after a direct sequel in the '80s and two different retrospective docs by Dana in the '00s) reveals that while technology may have improved, the spirit of the sport remains largely intact. Extremely episodic, the film is essentially a globe-trotting travelogue that highlights different riders and riding subcultures in vignettes ranging in length from around three minutes to nearly fifteen. Dana is not directly copying his dad's style, but he sticks largely to the time-tested "movie = great-looking footage + fun music + ingratiating director's narration" template, with some additional talking-head soundbites tossed in.

The vignettes focus on diverse topics from the post-Evel Knievel daredevil stunts of Robbie Maddison to Canadian ice riders to an African motorcycle-riding doctor to a mountain test drive on a silent, fully electric motorcycle. We meet various riders, like Marc Marquez, the Spanish road racer whose 2013 attempt to become the world's youngest MotoGP (Grand Prix) champion is a running story throughout the film. We also meet Doug Henry, a champion racer whose broken back has left him without use of the bottom half of his body. Rather than give up, though, he rides a modified bike controlled entirely by his hands -- and not cautiously either. While the original film had Steve McQueen, a few different motorcycle enthusiasts of varying levels of fame make appearances here, like Scott Caan, Bo Derek, and Mickey Rourke.

Presumably motorcycle riders and fans will more intuitively understand the many subgenres of racing that are whipped through in the many stories, while outsiders like myself are forced to take to Wikipedia after the fact to figure out the difference between dirt track racing and motocross. It pretty much doesn't matter if you don't totally get it (like I didn't). The film is mostly about the spectacle of the riding.

And boy, does the racing look good. Where papa Brown had to figure out ways to capture the action using less-than-pristine 16mm footage shot through bulky-by-today's-standards cameras, Dana and his principal cinematographer Alex Fostvedt get to play with a mix of gorgeous high-resolution digital cameras and teeny-tiny GoPros. These allow for pristine, gloriously fetishistic, slow-motion shots -- of riders grazing the ground with their legs as they take sharp curves on a track or catch crazy air off of a hill or spray dirt and mud as they cut through the woods -- that are intercut with kinetic close-ups of real-time footage taken from the bikes or the riders' bodies.

Narrative-wise, the film falters a little bit. There's a section in the middle of the film consisting of a number of shorter vignettes in the 3-minute range that add interesting color, but give the film an oddly ADHD quality when placed back-to-back-to-back-to-back. The Next Chapter also doesn't quite stick the landing. By making Marc Marquez's MotoGP championship attempt the structural backbone of the film, Brown places too much dramatic emphasis on Marquez's last race -- in which he only has to finish in fourth place or better to be the champion. To mix sports metaphors, it's basically a lay-up for this expert rider. Even if he blows it... eh, he's still young, not such a tragedy.

Even with these minor stumbles -- and the distracting, near-constant product branding from co-sponsor Red Bull -- On Any Sunday: The Next Chapter is a great-looking, entertaining flick for fans of sport and cinema alike. 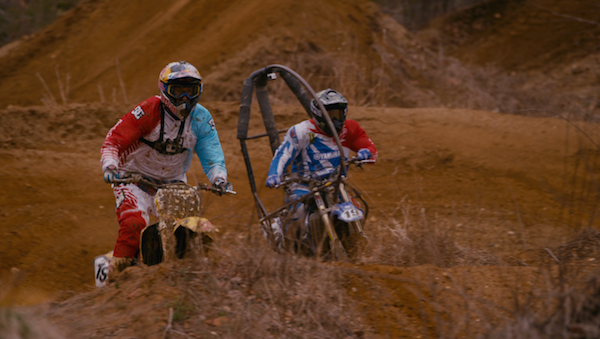 The Blu-ray
On Any Sunday: The Next Chapter comes in a combo pack with both a Blu-ray disc and a DVD that has a digital download on it. The DVD has the same bonus features as the BD while offering Dolby 2.0 and Dolby 5.1 surround audio mixes.

The Video:
In general, the AVC-encoded 1080p 1.78:1 video is just gorgeous. The main footage is incredibly detailed, with rich color reproduction and excellent contrast. I noticed no issues with digital compression. Certain footage has been taken from other sources or was shot by these filmmakers on less flashy, portable GoPro cameras. Even this footage is not an egregious step down from the typical quality of the video here.

The Audio:
The Dolby TrueHD 7.1 surround audio mix really takes advantage of the surround capabilities, playing with the placement of vrooming engines, ambient chatter, and other effects. The song cues -- which range from Arlo Guthrie's hippie-dippy "Motorcycle Song" to more recent rock stuff -- and the dialogue are all folded cleanly and pleasantly into the mix.

Final Thoughts:
As someone who knows nothing about motorcycles, I still had a heck of a good time with On Any Sunday: The Next Chapter. The passion that Dana Brown puts into bringing this topic to the screen does a lot toward buffing over some of the film's rough patches structurally and narratively. Also, if you haven't seen the original film by Dana's father Bruce, certainly give that one a spin too. Recommended. 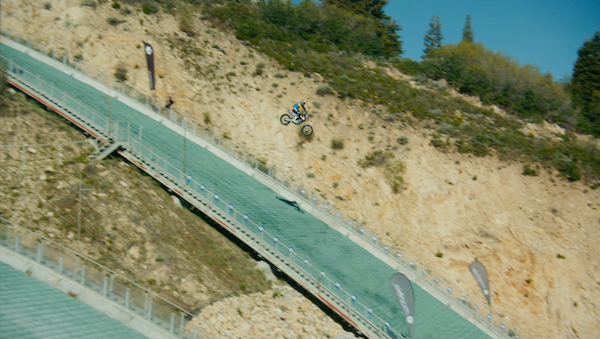