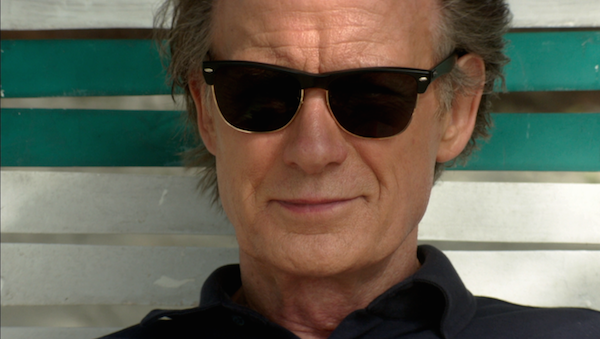 Back in 2011, noted playwright, director, and screenwriter David Hare (The Hours, The Reader) decided to return to directing for the screen for the first time in nearly fifteen years, with the star-studded telefilm Page Eight. It was a modern spy thriller in the John le Carré mold, with the always-welcome Bill Nighy (Love Actually) as stoic MI5 intelligence analyst Johnny Worricker. In the film, Worricker finds out that the British Prime Minister, Alec Beasley (Ralph Fiennes), received secret intel from CIA black sites where suspects were tortured. And if torture wasn't bad enough, Beasley failed to share the info, leading to the loss of British lives. Worricker blows the whistle, while helping a damaged woman in need (Rachel Weisz) and trying to reconnect with his estranged daughter (Felicity Jones, The Theory of Everything). The film was clearly a success because three years later, Hare and Nighy have returned with not one, but two follow-ups, Turks & Caicos and Salting The Battlefield, creating the Worricker Trilogy.

Turks & Caicos, the middle entry in the series, is probably the strongest film of the three and quite unlike the films that bookend it. Of course, Turks & Caicos (named for the island chain where the film is set) builds on the situations created in Page Eight and leaves some plot threads dangling for Salting The Battlefield to wrap up, but its island-paradise setting, crisply written scenes, and first-rate cast make it most ideal for stand-alone viewing.

At the start of the film, Worricker has fled to Turks & Caicos, looking to relax and regroup -- but he doesn't expect he has gotten away from his old life at MI5, does he? He certainly shouldn't, because after a few short months into his island getaway, Worricker is recognized by an American spy who goes by the name of Curtis Pelissier and who is played by the incomparable Christopher Walken. Worricker and Pelissier dance around each other, checking to see how much the other knows. The American needs help, so without blowing his cover, Pelissier introduces his British counterpart to a number of wealthy men from New Jersey who are meeting on the island for a financial colloquium, but whose business seems not to be entirely on the up-and-up. When one of these men ends up floating in the sea, with his head bashed in by a wooden oar, Worricker's interest is duly piqued. Pelissier and Worricker eventually reveal their spy credentials and cut a deal so that Worricker will help Pelissier with his investigation so long as Worricker can escape the island when they are done.

Unsurprisingly -- after all, this is a trilogy -- the dirty business with which these men are involved has connections to both the CIA and, potentially... Worricker's old nemesis, Prime Minister Alec Beasley. The key to uncovering the links to 10 Downing Street may be found in the bookkeeping of a charitable organization called The Bridge, run by Beasley's personal friend, venture capitalist Stirling Rogers (Rupert Graves). And it just so happens that former spy -- and Worricker's former flame -- Margot Tyrell (Helena Bonham Carter) works closely with Rogers. With the assistance of his buddy Rollo Maverley (Trainspotting's Ewen Bremner), Worricker tries to convince Margot to essentially hop back into the spy game and help them out.

Writer-director Hare isn't interested in competing with Bond or Bourne in the action department. Instead, he focuses his drama on head-to-head conversations where the participants are constantly sizing each other up and waiting for the other person to reveal a weakness or inconsistency, to catch him- or herself in the half-truths or flat-out lies they are telling. Nighy and Walken make a wonderful team in this respect, but much of the supporting cast holds their own too, like Dylan Baker as a shady businessman or Malik Yoba as a sympathetic island cop.

The only frustrating weak link in the superb cast is Winona Ryder, taking on the damaged woman in need role vacated by Rachel Weisz. Ryder is a talented actress, but she seems miscast or misdirected as Melanie Fall, a financial analyst whose history with the Jersey businessmen is deep and dark. The kind of emotional hurt that Ryder projects appears as though she is playing Ophelia in a new production of Hamlet, whereas someone like Marisa Tomei might have managed to root that hurt in an earthier, less stylized approach.

Turks & Caicos doesn't exactly reinvent the spy genre wheel, but it does offer a flavorful, character-rich variation, anchored by strong performances from the two old coots who headline the flick and Hare's satisfyingly polished dialogue. 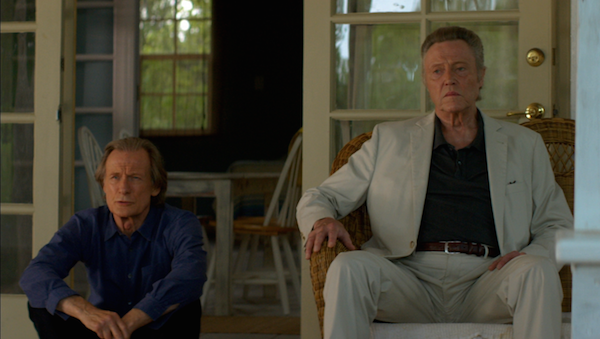 The Video:
Considering its beach-y location, Turks & Caicos is given a more vivid color palette than its more desaturated-looking, European-set bookending chapters. This look translates quite well to the AVC-encoded 1080p 1.78:1 transfer included here. (Both this film and the follow-up are listed as "1080i" on the packaging, but unless my Blu-ray player is telling me lies, this is a misprint.) There are some unfortunate moments of blacks crushing and some other blocky compression on the background of some shots, but these are not consistent throughout. The fine detail can be quite crisp in close-up, and those tan skin-tones all look accurate.

The Audio:
The DTS-HD MA 2.0 stereo audio is clean and clear and not particularly busy. The jazzy score and atmospheric effects offset the dialogue well without ever obscuring it. The disc offers one subtitle option: English SDH.

Special Features:
If you don't count the odd sponsorship commercials from Ralph Lauren and a cruise line, then the sole bonus feature is the well-made Making Of (HD, 19:23) that features interviews with David Hare and much of the cast, discussing the story, the characters, and the location. It's a bit heavy on clips from the film, but they're good clips, after all.

Final Thoughts:
I'm not going to deny that it helps to have watched Page Eight before firing up Turks & Caicos, but I don't think it is a deal-breaker if you haven't seen it. The actors are good enough here to immediately suck you in, even without all that backstory fully fleshed out, and the yarn writer-director David Hare spins is entertaining enough to stand on its own. And, of course, if watching Turks & Caicos leads to more movies starring Bill Nighy, then we must all watch this film. Highly Recommended. 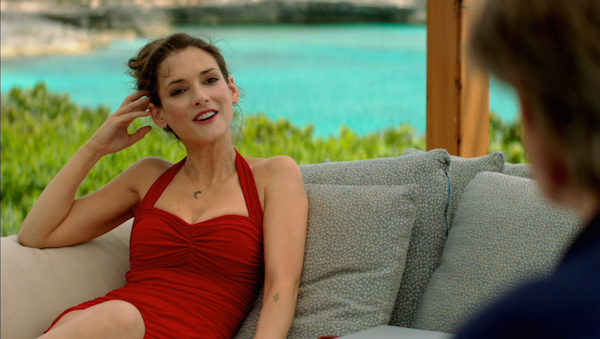