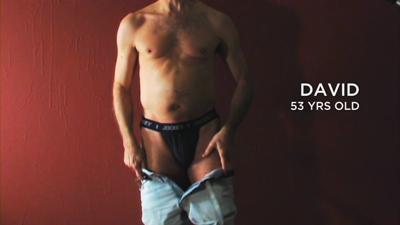 There are a wide variety of dicks on display in Dick. Hairy ones, smooth ones, hooded ones, perky button mushrooms and pendulous summer sausages. This 2014 documentary isn't so much concerned with the dicks as with the men attached to them, however. In offering candid interviews with several different men on the significance of their dicks, the film opens up a valuable, honest dialogue on one of society's still-taboo subjects.

And why not? As director Brian Fender explained in an interview connected with Dick, "most people love dick. Most men love their own, most women love them, and gay men are obsessed with them." Despite the DVD's salacious cover art of a lean torso with naughty bits digitized out, the movie avoids eroticism and serves as a fun, completely rational attempt at demystifying the penis (actually, a shot of a slowly hardening organ accompanied with dance music counted as the sole overt porn-ish moment).

Produced by Chiemi Karasawa (Elaine Stritch: Shoot Me) with the aid of an internet fundraising campaign, Dick was the results of director Brian Fender's search for men who were willing to strip down and chat on camera about their penises. The twenty-or-so people who speak in the film are mostly straightforward, articulate and happy to discuss anything - which is surprising, considering that the director got his subjects from the narrow pool of whomever answered his local Craigslist ad. Ranging in age from 21 to 80, the subjects are filmed straight-on against a red painted backdrop, cropped at the neck and knees. And, yes, they are mostly shown naked as jaybirds (which made getting screen shots from the DVD challenging). Although you might think a project like this would attract lots of kinksters or boastful, macho lunkheads, the talkers are generally a cool, easy-going group.

The men interviewed in Dick speak of their equipment as comfortably as they apparently are at stripping down for a stranger's recording camera. The diversity of shapes, orientations (most identify as straight), races and ages allows for an eclectic array of stories, although most of the men agree that sexuality shouldn't be stigmatized as wrong or evil. More than a few participants relate coming from religious or uptight households and being on their own when it came to puberty and dealing with sexual partners. A few discuss how the bond with their own penises helped them come out, while others chat about less weighty matters, such as how to keep an uncircumcised penis clean. A lanky, well-endowed participant speaks of being molested at the age of 11 and how it shaped his views on sexuality, another relates going into a cloistered school for monks as a way of avoiding his penis, while an older gent opens up on adjusting to sex after prostate surgery. The viewer gets to know these individuals just enough to get fairly acquainted, yet not to the extent where it feels intrusive. With limited equipment and resources, Fender couldn't get the ideal, all-encompassing survey that dicks deserve (I'm picturing Dick: A Film by Ken Burns), but at 46 brisk minutes it seemed just right.

Is Dick for everyone? Probably not. Being a penis owner who doesn't particularly find the sight of other penises uncomfortable, I appreciated these intriguing, even kind of enlightening stories. 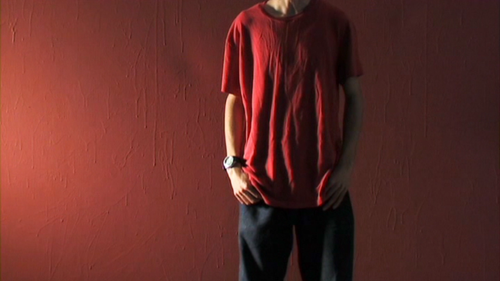 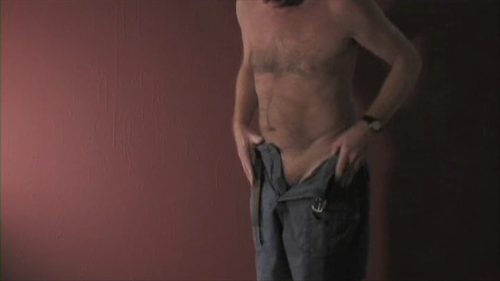 Dick's 16:9 image is given a serviceable mastering job on Indiepix's DVD edition, although given that this was a low-budget effort shot with standard digital equipment there are some inherent flaws in the picture. Textures are nice and detailed, the lighting is keyed somewhat too dark, and the colors seem a little wishy-washy.

The stereo soundtrack adequately mixes in some music cues at a slightly louder level compared with the participants' voices, which have some echo due to the indoor filming location. On this no-frills disc, alternate audio and subtitle options are absent.

A Trailer and a 2-1/2 minute Kickstarter Promo (which has a few outtakes and behind-the-scenes bits) are the disc's sole extras.

The long and short of 2014 documentary Dick is that it's 46 minutes of naked men talking about their private parts. Snicker all you want, but the film ends up being an intriguing, honest examination of male sexuality that covers a wide range of topics without getting heavy-handed or overlong (in this case, size matters). As for Dick's sparse DVD edition, there needs to be a little more meat on this bone (okay, I'll stop now). Rent It. 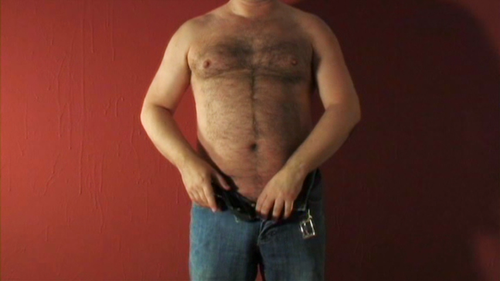