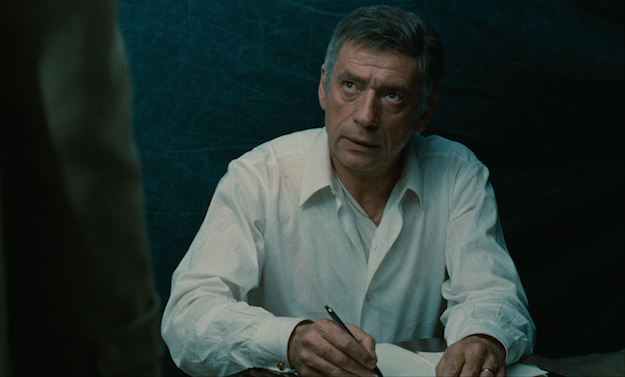 The fact-based 1972 drama State of Siege makes an interesting follow-up to Costa-Gavras's The Confession, in that the director once again casts Yves Montand as the victim of a politically motivated kidnapping, but within a vastly different context. As with The Confession, Costa-Gavras reveals the "ending" early -- Montand's character is found dead within the first few minutes -- so that the audience doesn't get blinded by the plot and instead focuses on figuring out the mechanisms at play that led to this conclusion. State of Siege is a procedural in the strictest sense, devoting long chunks of its running time to illustrating exactly what goes into executing the plans of both a repressive government and a revolutionary group that hopes to defeat it.

The first process we see is the manhunt for Montand's character, an American bureaucrat working in Montevideo, Uruguay, named Philip Michael Santore. The Uruguayan military is put out in force, stopping every car and searching it, making people get out and put their hands on their vehicle while they are questioned. Since the film puts precedence on process over plot, this initial sequence instigates one of the many mysteries that the film will create and gradually solve during its two hours. Who are the military looking for? A fugitive? How important is this person that they must stop everyone on the street to try to find him?

After Santore's body is found, Costa-Gavras gives us more clues that create their own little mysteries. The Uruguayan Parliament declares a national day of mourning for the dead American, but they pass their declaration unanimously only because nearly a third of the Parliament (on the left side) is not present at the vote. Clearly, Santore is a controversial figure, but the news reports we are shown indicate that he was just a worker in an aid organization, meant to help out struggling nations. What's so wrong about that?

Costa-Gavras lets these questions linger as he flashes back to show us the initial kidnapping, in which Santore and two politicians are kidnapped. He shows the clever and somewhat elaborate process by which highly organized urban guerrillas, called Tupamaros, commandeer vehicles from everyday people, then drive these people to other members of the organization who will babysit them during the kidnappings, and then use the vehicles to perform the abductions. Unlike The Confession, which was relatively short on upbeat moments, there is a lot of humor in State of Siege, and Costa-Gavras lets these hijack and abduction scenes have an air of realistic comedy. A cabbie laments that this is the second time revolutionaries have hijacked his cab and tries to explain all of the car's idiosyncrasies to its new driver before he pulls away. The two politicians are both rolled up into rugs and stashed into the backs of vehicles, a detail that Costa-Gavras says in the Blu-ray bonus features was factual. When one of the vans finds a cop car between them and their final destination, they dump the carpeted politician on the sidewalk and drive away. The moment is funny enough on its own, but there is an added chuckle from the fact that passersby watch this happen and then go about their business without offering to help.

Santore is accidentally shot during his kidnapping, offering a serious counterpoint to the other more humorous moments, but it turns out not to be life-threatening. The Tupamaros clearly want Santore alive (at least at this point). They interrogate him with face masks on and try to make it difficult for him to figure out where he is, so they must want to let him go.

But why did they grab this guy in this first place? The politicians make sense, but why a random American civilian? As the interrogations proceed, it becomes obvious that Santore is much more than an aid worker. He is, in fact, the head of a secret police organization meant to quash opposition, neutralize subversives, and make Latin America safe for US business. Santore is a smooth liar, but his interrogators are able to refute his denials at every turn with hard evidence that blows his cover and reveals his true "aid" to the Uruguayan government.

Early in the film, I questioned the decision to have Yves Montand play this Santore character. He's too likable and easy to empathize with to be a proper baddie, representing all that is evil about American imperialism. But, as the film goes on, it becomes apparent that Costa-Gavras is making that part of his point. Santore is not a symbol or a two-dimensional villain, he's a three-dimensional human with whom you might enjoy chatting over drinks but who still deals in torture and violent suppression as his day job. As the situation between the Tupamaros and the government escalates, and the rebels make an ultimatum that they will kill Santore within twenty-four hours unless their comrades held as political prisoners are set free, we are made to feel bad for both sides. In battling a system of violence, the rebels have become violent themselves.

Costa-Gavras seems to lament that change in the Tupamaros from something akin to a band of Robin Hoods into a terrorist group. That attitude makes State of Siege slightly less bracing than The Confession but the filmmaking is no less intelligent or masterful. Just as he captured the visceral experience of Artur London's imprisonment in that earlier film, Costa-Gavras places us directly into the world of these events, pushing us toward outrage or despair just by how vividly he reproduces these seemingly insurmountable circumstances. 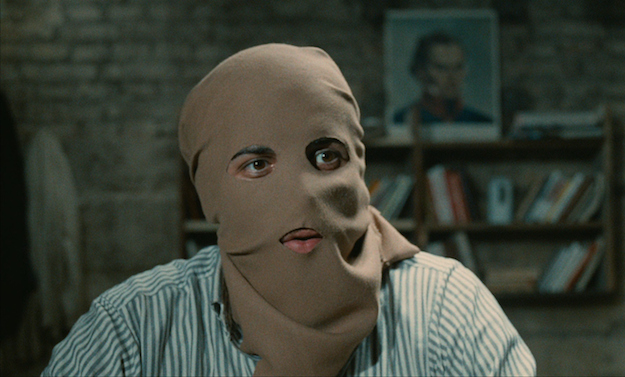 The Blu-ray
State of Siege comes with a fold-out insert featuring an essay by journalist Mark Danner.

The Video:
Presumably created by KG Productions at the same time as the restoration of The Confession, this AVC-encoded 1080 1.66:1 transfer is just as jaw-dropping. Detail and color saturation are both extremely strong. The image is consistently clean and stable. There are a few shots that look a little fuzzy, as though they were optically zoomed in or taken from a lower-quality film element than the rest of the movie, but these moments are few and far between and will trouble only the most eagle-eyed videophiles.

The Audio:
The French and English LPCM mono audio (with optional English subtitles only available during the French dialogue) is outstanding. One of the moments most indicative of the quality of this track is a sequence where police are being shown how to use explosives. The track beautifully presents these loud explosions then gives us subtle, quiet atmospherics in the moments in between. The dialogue is clear. The score by Mikis Theodorakis, which incorporates both Latin American colorings and Greek instrumentation, sounds full and satisfying.

(HD, 31:07) - An interesting, in-depth conversation in which Costa-Gavras discusses how he came to tell this story, the process of finding a place to shoot it, his relationship with Yves Montand, the flashes of humor in the film, its reception, and much more.

Final Thoughts:
State of Siege concludes a trilogy of political thrillers starring Yves Montand and directed by Costa-Gavras (after Z and The Confession). As in the other films, State of Siege expresses a disillusionment with idealism, in the face of cruel reality and irreparably corrupt political machines. However, also like the prior films, the virtuosic filmmaking makes viewing State of Siege engaging and energizing rather than disheartening. Highly Recommended. 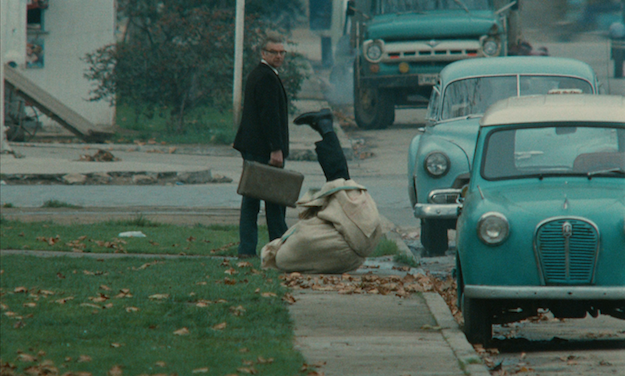