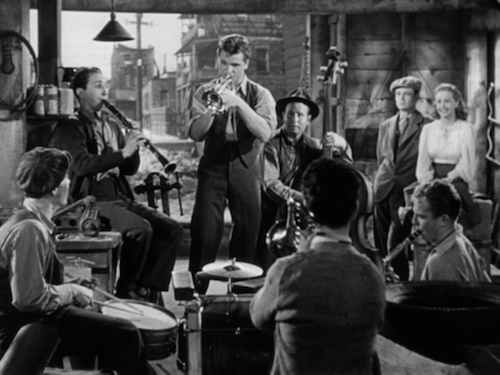 Your enjoyment of 1942's Syncopation will likely be tied to how much you enjoy the jazz music that provides the pulse of the film. Director William Dieterle (The Devil and Daniel Webster) and cinematographer J. Roy Hunt (I Walked with a Zombie) craft a stylish-looking, swiftly paced trip through fictionalized jazz history that's an utter blast as long as you don't focus too intently on the story.

The German-born Dieterle adds some unusual flourishes right off the bat, such as opening credits that don't detail anyone's specific job apart from noting which "collaborators" appear on-camera and off-camera. Then, once the film starts, we are taken to Africa, where a tribe is captured by traders and carried aboard a slave ship to the New World. It's a pointed choice to begin a jazz story like this, but it is also pretty much the film's only explicit acknowledgement of racism and the power differential between whites and blacks in America. In this narrative, they pretty much get along from here on out.

After that opening vignette, we quickly flash-forward to turn-of-the 20th-century New Orleans, where two different children's lives are being profoundly affected by the power of music. The first is Reggie Tearborn (played by an uncredited Jack Thompson as a child, then later by Todd Duncan, the original stage Porgy in Porgy and Bess). Reggie is a natural trumpeter whose housekeeper mother Ella (Jessie Grayson) wants him to get a good education, like white folks, but whose talent lies outside of reading notes on a page. The second child, who becomes more primary as the story progresses, is Ella's charge: Kit Latimer (Peggy McIntyre as a youngster, Bonita Granville when she's grown), who already has the knack for New Orleans-style blues piano before she's out of pigtails. She is the daughter of gregarious but down-on-his-luck businessman George (Adolphe Menjou), who is forced to move everyone to Chicago to right the family's finances. Young Reggie stays behind to cut his teeth with a professional band, fronted by King Jeffers (Rex Stewart, Duke Ellington's cornetist).

So the Latimers and Ella make their way -- much as the music did -- from New Orleans to Chicago, and the years pass. Soon, teenage Kit finds herself generally unsatisfied, missing home and settling into a romance with the son of her dad's business partner, Paul (Ted North). One night, wandering aimlessly, Kit wanders into a young trumpeter named Johnny (Jackie Cooper), who takes an immediate shine to her and introduces Kit to her first rent party. When Kit asks to take over the piano for a moment, she unintentionally causes a stir that gets her arrested and put on trial.

The trial sequence is fairly light in tone, but it effectively hammers home the film's major concerns: the never-ending battle of the true artist against society's philistines and the undeniable power of good music. Kit's lawyer has a piano set up outside the courtroom, so the judge can hear exactly what kind of music caused such a ruckus, and once Kit starts to play, she gets everyone within earshot tapping their feet and shuffling in time -- even the judge. In the abstract, this kind of sequence might seem supremely corny, but sitting along in my living room, I found my toes tapping along to the piano's groove. It totally works.

From there, the film flirts briefly with a wartime love triangle between Kit, Johnny the trumpeter, and Paul the businessman's son, but it doesn't take too much screen time for Kit and Johnny to end up together. With Kit's support, Johnny must find his way, working questionable, sometimes soul-crushing paid band gigs before risking it all on his own band, exclusively performing the kind of "hot jazz" that excites him. In a quite funny scene, Johnny's entire band hides on a hotel fire escape until the house detective leaves, then all five guys pile into the single-occupancy room and share one measly bed (evidence that musicians have had to "jam econo" decades before the Minutemen ever existed).

One of the major selling points of the film is an appearance by the "All-American Dance Band," as voted upon by a Saturday Evening Post poll. Benny Goodman, Harry James, Gene Krupa, Joe Venuti, Charlie Barnet, Jack Jenney, and Alvino Rey are brought together in a slightly strange, far-too-brief jam session to represent the modern state of jazz (and to close out the movie on a high note). They sound good, even if this sequence is essentially just seven brief solos in a row. The sequence also does a great job of making the viewer hungry for more jazz on film, which the Syncopation disc dutifully provides (see "Special Features" below). 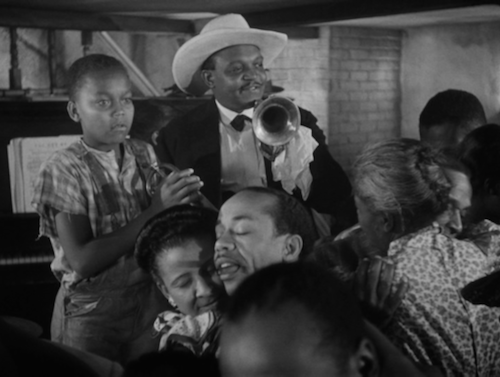 The Video:
Ah, what a shame that Cohen Film Collection couldn't spare a Blu-ray copy to provide for review. Most online reports say that the film's 2K restoration looks fabulous on that disc, and based on this stellar-looking standard 1.33:1 transfer, I would not be surprised. The film image is clean. The level of detail and the amount of nuance in the contrast is outstanding for a standard-def presentation. I noticed a tiny bit of digital noise, but only because I was looking out for it.

The Audio:
The music is key to Syncopation and the music sounds great in this Dolby 2.0 mono audio mix. It's kind of astonishing both how well the instruments blend and how distinct they remain in the mix throughout. Dialogue is consistently clean and clear. There is some persistent surface hiss throughout the film, but it does little to derail the listening experience. No subtitles.

Special Features:
Apart from a snappy 2015 re-release trailer, the real bonus goodies are a collection of infectious, jazz-focused musical shorts from the late '20s and '30s, some of which appeared previously on Kino's now out-of-print "Hollywood Rhythm" DVD collections:

Final Thoughts:
Syncopation is not a neglected all-time classic. It's a bit too thin and often a bit too silly to belatedly climb into the cinema canon. That said, it is a non-stop hoot, full of infectious music and winning performances. The restoration work performed upon the film must have been meticulous, because it looks and sounds outstanding. The one hundred minutes of supplementary shorts are as worthwhile as the feature film itself. If only I got to check out the Blu-ray edition, I might have been tempted to put this title in the DVD Talk Collector Series... the still-excellent DVD version meanwhile comes Highly Recommended. 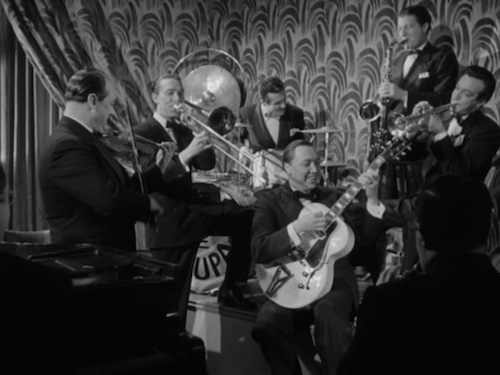