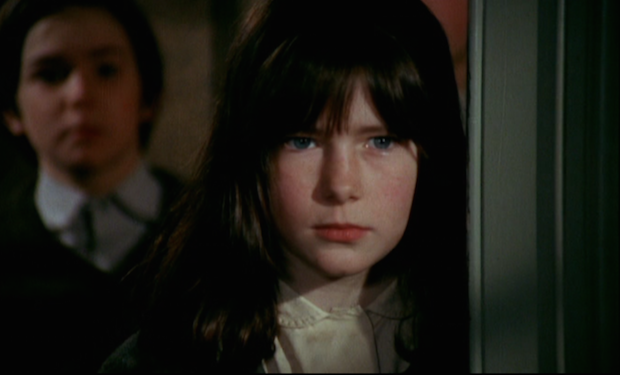 Our Mother's House, an unusual film directed by Jack Clayton in 1967, details what happens to a household of seven children after their single mother dies and they decide not to tell anyone, to avoid the orphanage. Clayton has said he sees the film as the middle entry in an informal trilogy of films he directed about children forced to confront evil, with the bookending films being 1961's The Innocents and 1983's Something Wicked This Way Comes. While those other films highlight a supernatural kind of evil, Our Mother's House mostly focuses on the banal evil within everyone, the kind that surfaces when there don't seem to be consequences for our actions.

With that set-up, one immediately expects a variation on William Golding's Lord of the Flies, and certainly in the early going of the film, it looks like things are headed that way. The children were raised to be intensely religious, and with their mother dead, they now seem to conflate her with the Holy Ghost. They continue to commune with her, in a pseudo-seance known as "mother time," in which middle daughter Diana (Pamela Franklin) claims to speak to their mother to get advice and dole out punishment for sins. For example, when youngest daughter Gerty (Phoebe Nicholls) impetuously asks a stranger to give her a ride down the block on his motorbike, a few of her annoyed siblings ask "Mother" for punishment, and her decision is unsurprisingly harsh and more than a little cruel.

Eldest girl Elsa (Margaret Brooks) puts herself in charge, and she certainly seems up to the task, but it's far from smooth sailing. The housekeeper (Yootha Joyce) gets awfully suspicious when she is abruptly fired by the children. Little brother Jiminee (Oliver!'s Mark Lester) decides to bring home a meek schoolmate to live with them. Gerty gets intensely sick, but their mother raised them never to go to doctors, so the kids are forced to wait it out. The eldest boy, Hubert (Louis Sheldon Williams), finds a letter from a man who shares their last name and contacts him for help.

Soon enough, an earthy gentleman named Charlie (Dirk Bogarde) is at their door, explaining that he's their father. The status quo is now restored, right? Most of the kids take a liking to Charlie immediately, but Elsa does not share their relief and happiness. Charlie is too base, too crass, too clearly a ne'er-do-well. And there's certainly something to that: even though Charlie seems to enjoy spending time with these kids, he drinks, smokes, carouses with loose women -- and he clearly has another plan simmering.

Clayton indulges in a handful of striking and spooky visuals but, to his credit, he allows the plot to essentially develop in a quiet, grounded way, which makes the dark turns particularly chilling. His ensemble cast of kids is shockingly excellent. It's not surprising to learn that some members of the cast are still working actors today; it's more surprising to learn that some of them -- particularly the eldest kids, Brooks and Williams -- didn't go on to many more roles. Bogarde, who doesn't show up until halfway through the film, acts as the perfect antagonist to the way of life newly established by the children, and the tempo and style of film even shifts a bit to fit his presence. I've read that Bogarde's working class accent is questionable, but to this uncultured Yank, he turns in a smartly realized performance.

There are plenty of revelations in the offing, not only about Charlie and his designs for these children, but also about the dead mother's relationship to Charlie. The vintage publicity for the film is pretty forthright about what these revelations are, but I think Our Mother's House benefits from having a few good surprises left unspoiled. 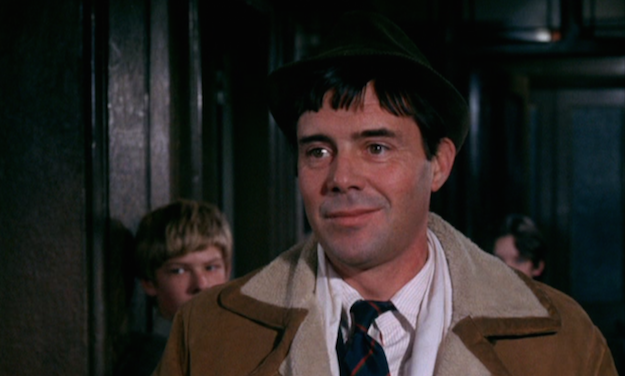 The DVD
Our Mother's House is available on manufactured-on-demand (MOD) DVD-R as part of Warner's Archive Collection.

The Video:
The caveat with many MOD titles is that they are taken from the best materials available without being thoroughly remastered. That is sadly the case here. The film's widescreen 1.66:1 presentation has good patches and bad. The beginning is particularly disheartening, looking like a third-generation film dupe. Plenty of dirt and specks, way too dark, inconsistent color, muddy details. Fortunately, it mostly gets better from there. The middle of the film is clean and stable, with much better detail and coloring. The last passages of film fluctuate in quality -- although this might also be because of the frequent dissolves and opticals.

The Audio:
In tandem with the video, the Dolby 2.0 mono audio fluctuates. When the video looks muddy, the sound is muddy. When it clears up, the audio clears up relatively. It's still a bit trebly throughout, but it's acceptable. No subtitles.

Final Thoughts:
Our Mother's House is an excellent, quietly suspenseful drama, splendidly realized by its main child actors and a rakish Dirk Bogarde. It's a shame that Warner isn't able to offer a higher-quality A/V presentation, because this is a gem ripe for rediscovery. Highly Recommended. 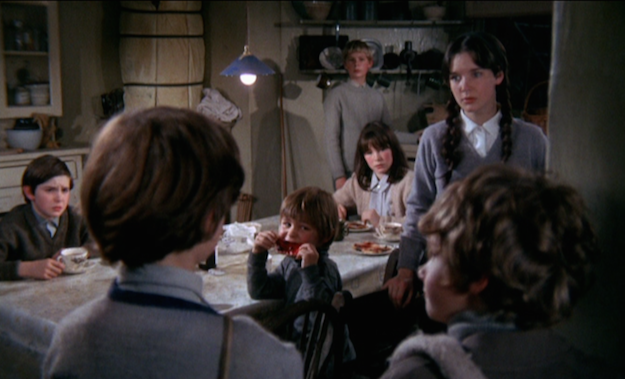