Story of Adele H, The 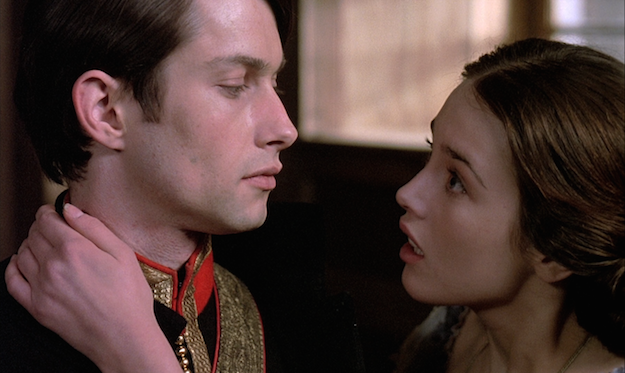 There's an irony -- unintended, it seems -- to the fact that François Truffaut's 1975 film The Story of Adèle H. opens with a title card stating it is a true story. Our heroine spends most of the opening passages of the film telling lies and half-truths to all the people she meets. It's arguable that she spends the majority of the film lying to herself. But Truffaut never judges Adèle for her choices or emotions, as they are probably as true to him as the historical facts that his film recounts.

The Adèle in question is the daughter of French author Victor Hugo, played in the film by an impossibly young Isabelle Adjani. In real life, Adèle is thought to have become schizophrenic as a young woman, as evidenced by her deluded, single-minded pursuit over several years of a British army officer who once pursued her and even proposed marriage, before moving on to many other ladies. The film never diagnoses her specifically with this mental illness and, in the spirit of romance, it seems to leave the situation open to interpretation whether Adèle is motivated by madness or driven mad by the impossibility of getting what she wants.

As the film begins, it is 1863 and Adèle has crossed an ocean, leaving her father's home in exile in the Channel Islands to arrive in Halifax, Nova Scotia, the location of the new assignment of her would-be husband, Lieutenant Pinson (the striking Bruce Robinson, who would later come to recognition as the writer and director of Withnail and I). At first, Adèle is coy about her reasons for being in Halifax and her interest in Pinson. She settles into a small boardinghouse under an assumed last name, and begins asking around about her British officer under different false pretenses. She buys reams and reams of paper from the local bookseller (who has a sweet, unacknowledged crush on her) then covers every square inch of those pages with writings about her love.

After ignoring oodles of her love messages, Pinson finally meets with Adèle and tries to get her to knock it off. Robinson's performance makes it clear that Pinson has some lingering affection for Adèle, but that he can't be troubled to love her anymore. He's not exactly cold, but he's too self-interested to express meaningful concern for her. Adjani's Adèle meanwhile is so impassioned and motivated to change his mind back to thoughts of her that it doesn't seem sad. Not yet anyway.

As time passes and Pinson fails to be won over, Adèle essentially starts stalking him. She crashes a party he attends, disguised as a man (hot, by the way). She spies on him when he is seducing another woman. She speaks ill of Pinson to his prospective father-in-law, ending a well-publicized engagement. She even talks to a stage hypnotist about hiring him to hypnotize Pinson into marrying her against his will, in a simply executed but oddly nerve-wracking scene: the hypnotist is clever and clearly unscrupulous, while Adèle is clearly desperate enough to hand over a fortune to this con man. Fortunately, Truffaut lets both Adèle and the audience off the hook, by letting her see that this man is a fraud before they can finalize their deal.

There is a subtle vein of humor in The Story of Adèle H. that made me think of Charlize Theron's performance in the recent Diablo Cody-Jason Reitman cringe-y dramedy Young Adult. Both Adèle and Theron's character foolishly pretend that romances that died natural deaths long ago are actually alive and well and stronger than ever -- whether their love object knows this or not. The drastic difference between these characters is that there is a lot of ugliness in Theron's character while Adèle is presented as oddly pure. With her creamy, porcelain skin and wide blue eyes, Adjani makes Adèle seem too delicate for the world, with her emotions too unfettered. But Adèle is smart about the contents of her soul, which makes her more straightforwardly sympathetic and less pitiable than a character like Theron's.

Adjani's technically brilliant and unselfconscious performance is the main appeal of The Story of Adèle H. As her character descends from hopeless romantic to outright hopelessness, her radiant appearance turning subtly dull and gray, Adjani's emotional truthfulness keeps viewers locked in on her, hoping for the best. Truffaut, for his part, never corners Adjani into enacting trite "crazy lady" moments, but treats her as a noble romantic heroine to the end. He and his co-writers have structured The Story of Adèle H. like a sweeping classical romance... just one that happens to remain stubbornly one-sided. 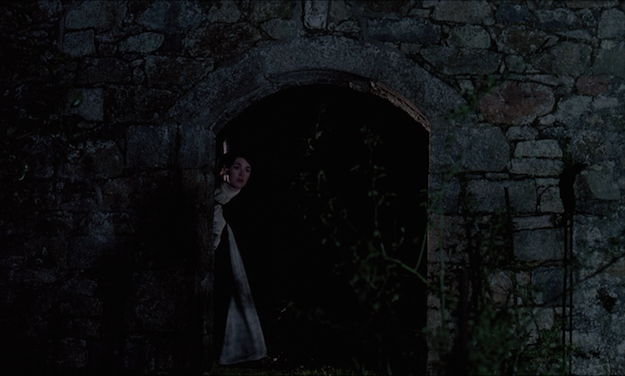 The Blu-ray
The Story of Adèle H. comes in a limited edition of 3000 copies. The disc is packaged with a color booklet featuring an essay by Twilight Time's Julie Kirgo.

The Video:
This is an awfully strong presentation. The AVC-encoded 1080p 1.66:1 transfer is clean and stable, nicely translating Nestor Almendros's cinematography. The colors are beautifully saturated, even with the relatively sedate palette of the film. Certain moments seem a bit soft, but that appears to be a product of the original shoot and not a neglectful transfer.

The Audio:
The French and English DTS-HD MA mono audio has been just as nicely transferred, with no discernible problems. The blend of dialogue and Maurice Jaubert's music is elegant and uncluttered. There are burned-in yellow English subtitles during the French language dialogue and optional white English SDH for the English dialogue and the effects.

- An entertaining scholarly commentary that touches on additional history of the actual Adèle Hugo, as well as tidbits about the production of the film. As is often the case, these two talkers make a good team.

Final Thoughts:
Love is unfair. Maybe that's part of what makes it so special and so desirable. The Story of Adèle H. is a surprisingly potent romantic drama with a foolish, crazy, and still somehow admirable heroine, brought to vivid life by a precociously accomplished Isabelle Adjani. Highly Recommended. 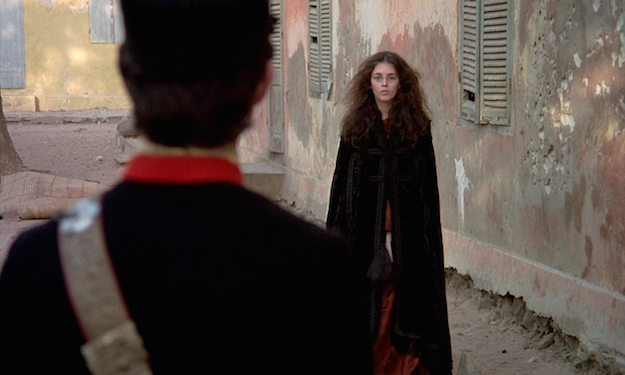