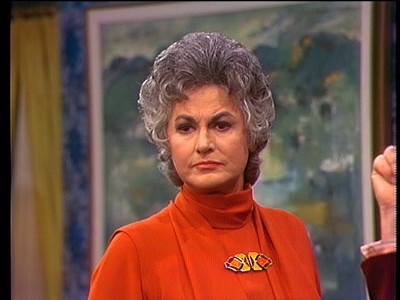 And then there's - the second season of Maude! Shout Factory's Maude: The Complete Second Season DVD set makes good on the promise that Sony never fulfilled with the Complete First Season's release back in 2007. For those who haven't got the cash to drop on Shout's massive 18-disc Complete Series set, having the individual seasons available on their own is a good way to catch up on Norman Lear's sassy, topical '70s sitcom hit.

I remember Maude well, since it was one of the few sitcoms I enjoyed with my mother back in the seventies. Let's just say my tastes in television differed from Mom's - I was a kid who lived for the ubiquitous after-school repeats of Gilligan's Island, Bewitched and The Brady Bunch. Sitting in on my mom's adult-oriented sitcoms amounted to a game of trial-and-error. After all, there isn't much for a child to grasp in Barney Miller's wacky police precinct or M*A*S*H's mirthful army hospital (besides, I couldn't stand Alan Alda's unbearable smugness). Although Maude mostly centered around four middle-aged adults - Maude (Bea Arthur) and Walter Findlay (Bill Macy), and their friends Vivian (Rue McClanahan) and Arthur (Conrad Bain) - the writing was so saucy and well-tuned to each character that anyone (like a 10 year-old, Brady Bunch-addicted kid) could tune in and enjoy. Then and now, Bea Arthur is a hoot. Although back then I couldn't grasp the complexities in many of the show's plot lines (like the famous "Maude has an abortion" multi-episode arc), I dug Maude as a character and the spiky interactions she had with her husband, her liberated daughter, Carol (Adrienne Barbeau), and her housekeepers - sardonic Florida (Esther Rolle) and dotty Mrs. Naugatuck (Hermoine Baddely, who entered in Season Three).

Being a Norman Lear production spun off from All in the Family (Maude was Edith Bunker's brassy, liberal cousin), Maude's humor remains encased in the Nixon era, like a mosquito trapped in amber. The second season's 24 episodes thrive on jokes referencing Watergate, Flip Wilson, the Equal Rights Amendment and other topics that were au courant in 1973 and early '74. They provide a framework for setting up this show's central joke: that Maude Findlay - driven, progressive housewife from Tuckahoe, New York - isn't nearly as liberal-minded as she believes herself to be. Many episodes involve Maude getting heavily involved in a cause or situation, only to be humbled and taken down a notch by her Jewish-neurotic fourth husband, Walter. This particular season has several episodes set up like Maude Takes a Job, where Maude doggedly goes after something (working as a real estate agent, in this case) which traditional Walter disapproves of. Had this happened to Arthur's Golden Girls character, Dorothy, Walter would've been thrown to the curb without a second thought. Maude's reaction is more complex, and admittedly more realistic for the times.

Where are we at in Maude's second year? As in the first season, Maude and Walter share their upstate New York home with Maude's daughter, Carol, a single mother raising a son, Phillip (Brian Morrison). Florida is still sassing away as the family's housekeeper, although later on in the season she ends up leaving after her husband, Henry (John Amos), receives a job transfer (of course, Florida and her brood got their own successful spin-off, Good Times). Maude continues to generate friction with Walter's old war buddy, Arthur, a goofy, conservative Republican. Meanwhile, the season's start finds Maude's good friend Vivian disoriented and broken-hearted as a recent divorcee. Although I always thought of Vivian and Arthur as a married couple, they didn't get united in marital bliss until late in this season - after several funny missteps involving Arthur's cold feet. A few recurring characters also show up this season, such as Carol's boyish fiancee, Chris (played by The Love Boat's Fred Grandy).

After all these years, Maude seems brassy, shrill, aesthetically ugly (all that polyester!), and perhaps too message-oriented. It's especially apparent with this season's two-part opener, when Maude and Walter realize that his recreational drinking habit has spun out of control. Lear's social commentary still retains its potency, however. The hilarious mid-season episode Maude's Guest epitomizes it best, when Maude invites a mouthy black teen from the inner city to stay for a week in the Findlays' home. In a feat of well-intentioned stupidity, Maude goes all out to make the girl feel at home, including decorating the guest room with Isaac Hayes and Jackson 5 posters, and having Carol prepare a feast of fried chicken and grits. Unfortunately, the girl, Francine (Tamu Blackwell), sees through Maude's transparent bleeding-heart liberalism and makes every effort to upset Maude's temper and break down her welcoming façade. Involving all the Maude regulars, the end results wind up predictably but no less gut-busting. 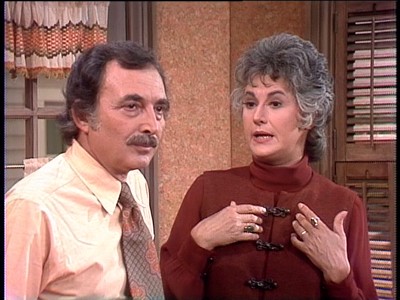 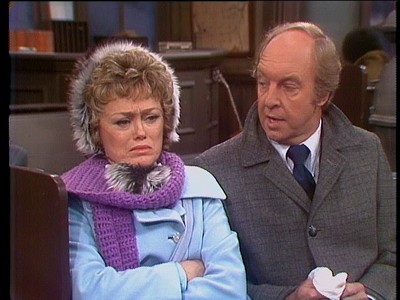 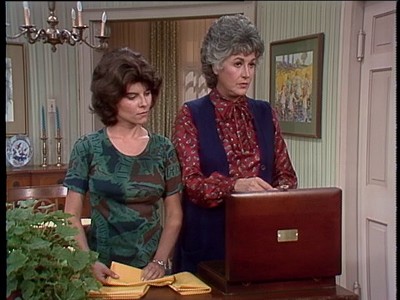 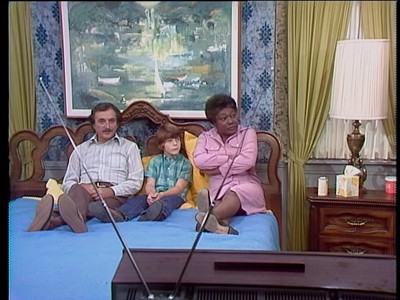 Maude: The Complete Second Season comes packaged in a standard-width clear plastic case. Discs one and two are mounted on an inside hinged holder, while the third disc can be found on the inner right wall. Episode titles, original airdates, and brief plot descriptions are printed on the inside liner.

Maude was recorded on videotape, a medium subject to more age-related issues than film stock. It shows in the adequate 4:3 presentation on the DVD set, with overly sharpened, haloed edges, and artifacts like vertical lines and bits of hot pink discoloration around the edges of the frame. Keep in mind that the Norman Lear sitcoms from this period were also brightly, blindingly lit, resulting in a flat image. All things considered, however, the picture is pleasant with nicely saturated color and pleasing light-dark balance. The mastering itself is pretty decent, with no instances of interlacing and other problems that arise from packing too many episodes onto a single disc.

The mono mixes on these episodes are decently done; pretty much what is to be expected of 1970s vintage videotape. Despite a limited dynamic range, the dialogue is relatively clear and lacking in distortion. Each episode also includes an optional English closed captioning track.

As with many Shout Factory TV season sets, the extras from Maude's Complete Series set are not included on the individual seasons such as this one. No extras.

Maude: The Complete Second Season confirms what I suspected all along - Bea Arthur is still a hoot. The 3-disc, 24-episode set chronicles a busy year for Norman Lear's sitcom hit, with Florida's bittersweet departure, Arthur and Vivian's courtship, Walter's alcoholism, and Maude's endless one-upmanship with everyone she knows. Recommended. 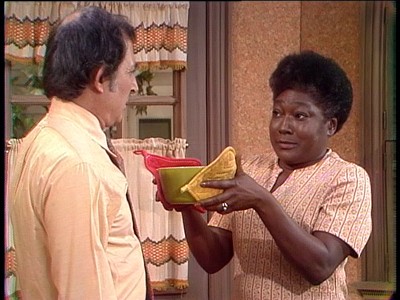 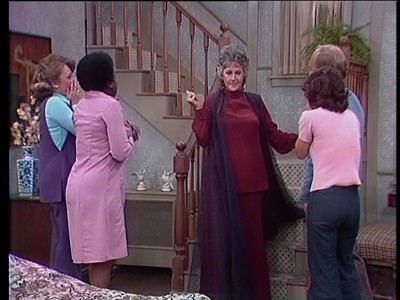