Ace Jackson is a Dead Man

Other // Unrated // June 23, 2015
List Price: Unknown [Buy now and save at Fullcirclefilmworks]
Review by Jeremy Biltz | posted May 14, 2015 | E-mail the Author
The Movie:
Sean Weathers has been doing low budget exploitation horror and urban crime films for some time now. His latest offering is Ace Jackson is a Dead Man. The film isn't perfect, and will appeal mostly to a small slice of the movie going public, but it's a fun seventy minutes of sleazy insanity. 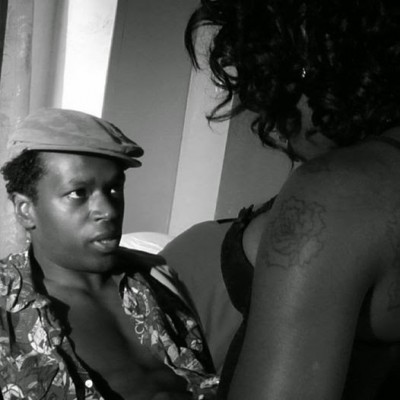 Weathers himself plays Ace Jackson, a strictly small time hood who manages to score a job with Mr. Bigelow (Adonis Williams), a strictly big time drug dealer. All Ace has to do is take the big package of cocaine from Bigelow, cut it, sell it on and return the profits. Easy right? Bigelow doesn't really like Ace, and upbraids and insults him the entire time they are together. He only gave Ace the chance because Ace's cousin Baxter (Waliek Crandall) is a longtime associate of his.

This job is so simple that even a screw up like Ace should be able to handle it without a problem. Except that Ace is the platonic ideal of a screw up, likes to brag, and trusts the wrong people. Almost immediately, he tells his on again off again girlfriend Chelsea about the drugs, and asks her to store them while he runs some errands. Minutes later, Chelsea runs off with the package, determined to make a fortune for herself. And now Ace has a problem. Bigelow wants his money, or his drugs, and Ace only has a few days to make it right.

First off, the film looks fantastic. It's filmed in rich black and white, and looks like a slicker version of a seventies sleazy crime drama. And, as always, Weathers manages to come up with an amazing soundtrack. But Ace Jackson is a Dead Man is far from perfect. The plot is very much on the light side and sort of meanders from start to finish. That's not to say there isn't tension or drama, there is. But this isn't a tightly plotted story meticulously constructed. Weathers gives a committed and impassioned performance as always, and is backed up by a pretty good supporting cast as well. Even though this is clearly low budget film, with presumably a short production schedule, there really aren't any flubbed lines or bad reads. These aren't the best actors in the world, but they perform their duties admirably and deliver what the film needs.

The film is quite disturbing, though, and Ace Jackson is not intended to be a sympathetic character. As his desperation grows, he forces a couple of women into prostitution in an attempt to come up with the money he owes in any way he can, and he doesn't care that much about who he hurts as he goes along. In order to show how much death is on Ace's mind, Weathers flashes brief images of actual dead people, often killed in brutal ways, throughout the film. This, combined with the sordid actions of Ace, gets incredibly creepy as the film goes on. The numerous soft core sex scenes add to this feeling of disquiet. They're sexy, but off putting at the same time. Please note that this film was viewed on a streaming service, and though it looked good, I can't comment on the quality of the audio or video on DVD or other media.

As noted above, Ace Jackson is a Dead Man is designed to appeal to a pretty small slice of the film going public, and not really to anyone else. For the casual moviegoer, I'd say stay away. But for the people who like their sleaze frenetic and strange, this is Recommended.