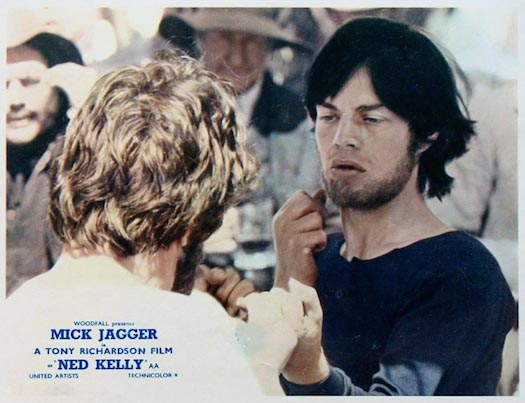 The 1970 Australian-set western Ned Kelly has been much maligned over the years (when it hit DVD eleven years ago, DVD Talk gave it 1 star). Both director Tony Richardson (Tom Jones, The Loved One) and star Mick Jagger reportedly disowned the film upon release. With that kind of background, you figure Ned Kelly must be a real misbegotten film maudit.

Well, it's not. Sure, Jagger is a bit stiff and he does a bad Irish accent, while the second half of the flick drags a little, but otherwise Ned Kelly is a sweaty, dirty, and fun revisionist western. Like the folk ballads penned by Shel Silverstein and sung by Waylon Jennings that weave in and out of the film like an unseen Greek chorus, the flick doesn't dig very deep under the surface of the Robin Hood-like legend of Kelly and his band of outlaw bushrangers, but it tells its tale with a grubby flair.

After beginning with "The End," as in the end of Ned's life, when he is executed for the crimes he committed, the film flashes back to around a decade earlier, when Ned returned to his family after three years in prison for a crime he says he didn't commit. Ned tries to settle into the simple rural farming life of his family, but finds himself at odds with the wealthy English landowners who encroach on the Irish farmers' land and steal their cattle.

The film portrays Ned as an impudent scamp who loves his mother and won't behave for the "Orangemen" in charge, so the cops target him to be made an example. Things escalate, as they tend to do, and Ned and his associates (including his younger brother Dan [Allen Bickford]), became roving outlaws after a skirmish in the woods ends with four dead English constables. The Kelly gang comes off as more good-natured and not at all as kill-crazy as, say, Bonnie and Clyde, but the Kellys do their fair share of bank robbing, larceny, and the like. Eventually, it all comes to a head during a failed train hijack, where the Kellys, wearing bullet-proof armor they fashioned themselves, face a troop of soldiers while a bar full of hostages looks on in horror.

Ned Kelly lacks the memorably drawn characters of Butch Cassidy and the Sundance Kid and the innovative style of McCabe and Mrs. Miller, but it seems like it was cut from a similar cloth as those two better-thought-of films -- and not just because all three films rely on anachronistic music to help set the mood. There's a distrust of institutions, a sense of rebellious fun, and a whiff of fatalism that seems to suggest the world is messed up and unfair, so why not be an outlaw and gum up the works? Because of these resemblances, I think fans of Butch and McCabe should give ol' Ned Kelly a shot. 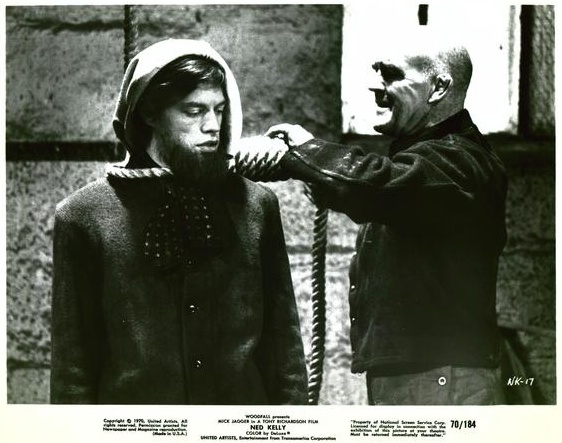 The Video:
I get the feeling either Tony Richardson frequently used optical effects to reframe different shots in the film or this AVC-encoded 1.78:1 transfer was created from a variety of film elements, because the amount of detail seems to fluctuate quite a bit throughout the film. It could also be cinematographer Gerry Fisher's choice to shoot things a little soft. Flashing -- the process Vilmos Zsigmond used to lessen the contrast on McCabe and some other films -- also seems to be used to varying degrees throughout the film, meaning that the strength of the colors and the blacks fluctuate as well. It all works stylistically, and there are no significant digital compression issues to grumble about, so most viewers will enjoy this presentation just fine.

The Audio:
The DTS-HD MA 2.0 mono audio is cleanly reproduced, if presented a little quietly (like many recent Kino releases, it seems like I initially have to turn the volume up more than I do with most other discs). Dialogue is pretty much always understandable, even with Mick Jagger's poor Irish accent, and the Waylon Jennings songs have good instrumental separation. The gunshots go bang with satisfying force. No subtitles.

Final Thoughts:
Call me crazy, but I think Ned Kelly is much better than its reputation. Mick Jagger is easy to cheer on, the songs written by Shel Silverstein and sung by Waylon Jennings are as fun and hummable as the Roger Miller tunes from Robin Hood, and the cinematography is evocative and striking. Recommended. 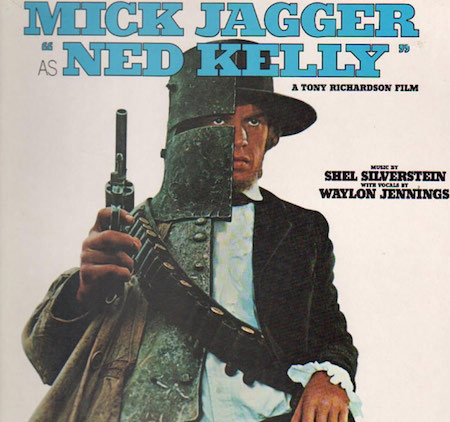