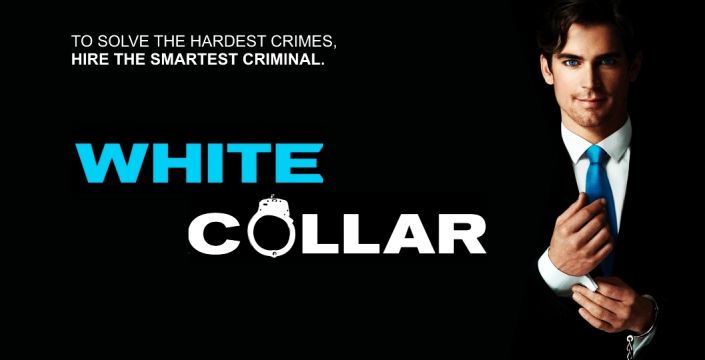 Although its six-season run has concluded, White Collar remains a highly entertaining and re-watchable property. The show took the backseat to USA Network's contemporaneous hit "Burn Notice," but White Collar has more lasting appeal. Star Matt Bomer is highly enjoyable in the role of Neal Caffrey, a master forger who begins working for the FBI to avoid returning to prison after a jailbreak. This non-police procedural crackles with wit and interesting diversions into white-collar crime. Most episodes present independent investigations, but character-arc progressions and some bigger conflicts carry over throughout the seasons. The fun here is in watching Caffrey and his FBI handler, Peter Burke (Tim DeKay), crack these cases, and White Collar promises to continue its life in syndication and on home video.

Several months shy of his release from prison, Caffrey busts out after learning girlfriend Kate (Alexandra Daddario) has mysteriously disappeared. He is quickly caught by Burke and the FBI, and given the opportunity to work alongside them instead of returning to prison for an extended sentence. Caffrey is handsome, charismatic, a master thief and a trickster; which makes him the perfect undercover agent. While corrupt auctioneers, back-room businessmen and femme fatales see Burke a mile away, Caffrey is able to weasel into their inner circles and follow leads without detection. 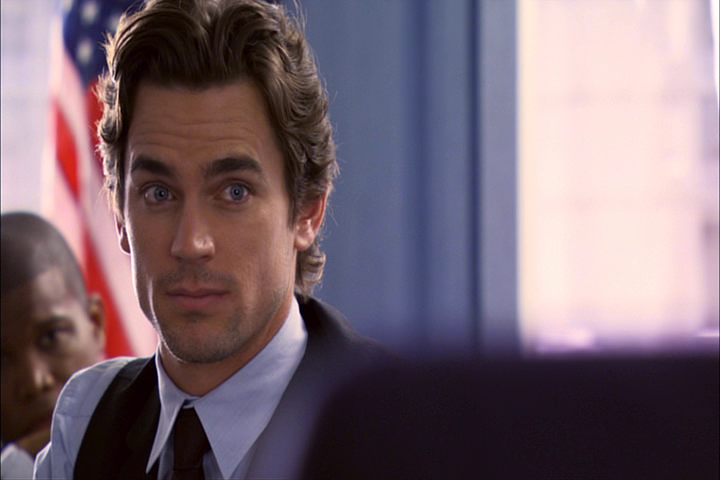 This is a show that you can pick up at almost any point and enjoy. Creator Jeff Eastin and company do a nice job keeping each episode accessible to new viewers, but those who follow the series through will have a greater appreciation of the character relationships. Caffrey knows Burke is the man who put him away, but each has an unstated admiration for the other. Caffrey tests Burke's patience initially by showing up for a chat with Burke's wife, Elizabeth (Tiffani Thiessen), at their home. When finally convinced Caffrey is not trying to bed Elizabeth, Burke begins letting his guard down, and with it goes Caffrey's ankle bracelet and 24/7 surveillance. Thiessen is a surprisingly good addition to the show's odd couple, and is written in such a way that her character actually matters in the series. She is absent for a period during the second season due to her real-life pregnancy, and her presence is missed.

My other favorite character is Mozzie (Willie Garson), Caffrey's longtime partner in crime. Burke at first refuses to accept his counsel, but Moz proves too valuable on black market trades to ignore. Garson gets a lot of laughs with Moz's deadpan wit and wily retorts, and he is a good match for Bomer and DeKay. The two leads have a believable platonic chemistry, and banter back and forth like brothers. This reluctant friendship is at the heart of White Collar, and it is why each episode is enjoyable even if the whodunit is uninspired. The series adds and develops minor characters as it rolls forward, including Sharif Atkins as Special Agent Clinton Jones; Hilarie Burton as Sara Ellis, a woman with a grudge against Caffrey; Daddario's Kate; and Treat Williams' complicated cop. 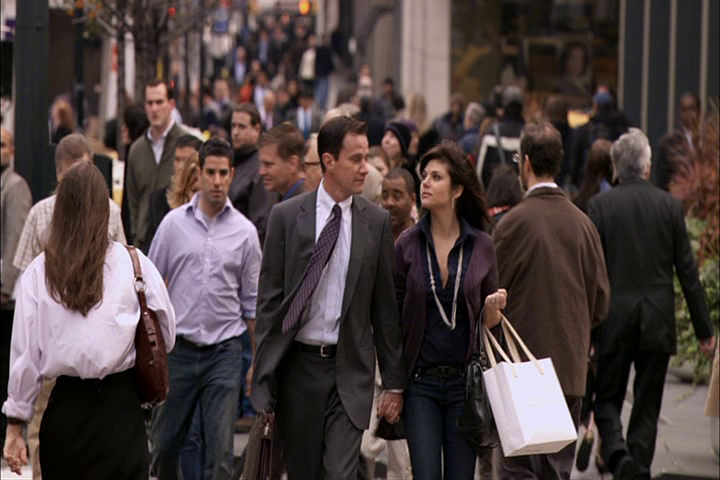 The show's fungible episodes are its greatest strength and, perhaps, its slight weakness. Save a few memorable heists and turning-point episodes for Caffrey and Burke, the individual plots are never particularly memorable. This is a natural consequence of having dozens and dozens of different villains and thefts, but White Collar is about the people chasing the criminals, who are mostly two dimensional and quickly forgotten. The show consistently reminds viewers that Caffrey is not totally off the hook for his past sins. There are some big cliffhangers mid-series that pit Caffrey and Burke against one another, but, by the series finale, Caffrey is closer to redemption.

Things wrap up nicely with season six, and White Collar is wholly successful at accomplishing its goals. This is an entertaining show throughout all 81 episodes. Bomer is especially good, and I look forward to seeing him in The Magnificent Seven remake. Whether or not you need this "Con-plete Collection" depends on how you watch TV. All episodes are currently streaming on Netflix, and USA plays reruns frequently. Still, this is a good value for those looking for uninterrupted viewing, and, unlike a lot of shows, the episodes have decent replay value. 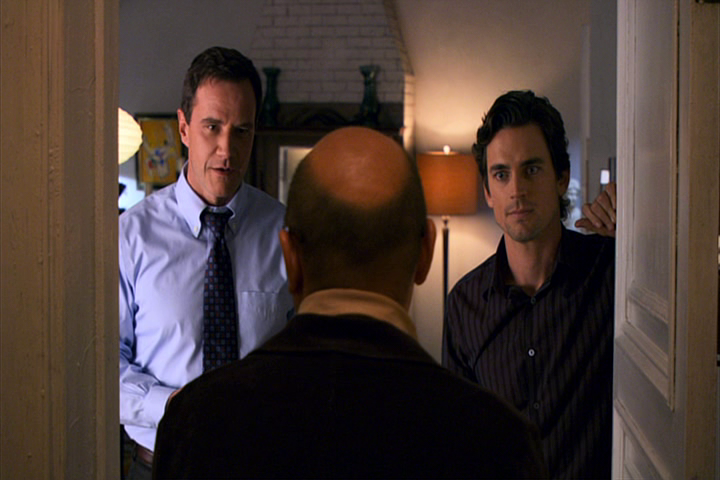 The series is presented in its 1.78:1 widescreen broadcast aspect ratio, and the image is strong for standard definition. The later seasons look noticeably better, which is expected, but the first few seasons are no slouch. Fine-object detail is good, though wide shots have noticeable compression artifacts. Black levels are strong, with good shadow detail. Colors are bold and nicely saturated, and skin tones are accurate. There is minor banding and haloing between practical sets and digital effects, but this is rarely distracting.

The 5.1 Dolby Digital tracks are lively, with well-balanced effects and clear dialogue. White Collar is a busy show, and the tracks are packed with ambient effects, action effects and music. The surrounds are used for directional dialogue and sound pans, and the mixes are often dynamic and immersive. Subtitle options include English SDH, French, and Spanish.

Fox's "Con-plete Collection" includes the entire six-season series, consisting of 81 episodes. Each multi-disc season set is packed in a clear, hinged DVD case. The six cases fit inside a study cardboard box. The individual season sets are identical to those previously released. Season One is 14 episodes; Seasons Two, Three and Four are 16 episodes; Season Five is 13 episodes; and Season Six is 6 episodes. Each season is spread over four discs, except the last, which is two discs. There are 22 total discs.

There are some brief extras scattered about the discs, including deleted scenes, commentaries, gag reels and featurettes. Nothing really stands out as particularly memorable, and most of the material has an EPK feel. You get some nice tidbits from Bomer and the other actors, but the bonus features add little to the overall package. 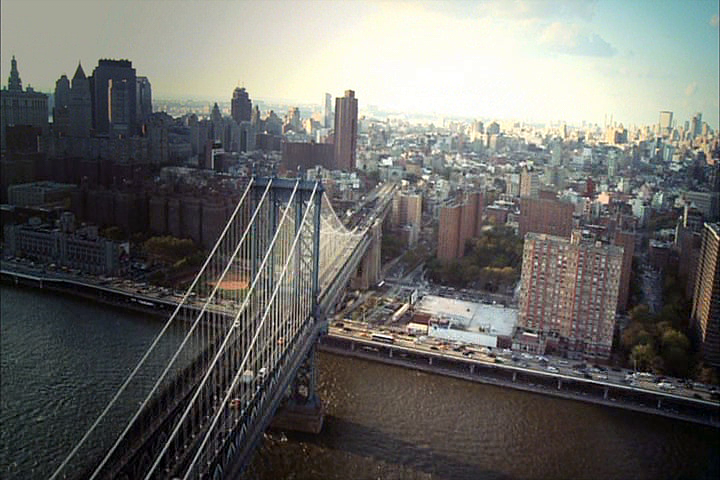 I was late to the game with White Collar and watched only a couple of episodes during its six-season run. That has been remedied now that the "Con-plete Collection" is available with all 81 episodes. Matt Bomer leads this enjoyable comedic procedural as a thief and forger working with the FBI to stop white-collar criminals. There is an easy charm to each episode, and the series is about the people, not the crimes. Highly Recommended.