NOTE: This is an update of my previous review of Spider Baby now that the good folks at Arrow have sent us the final product. The content review is the same, but the technical review is updated. 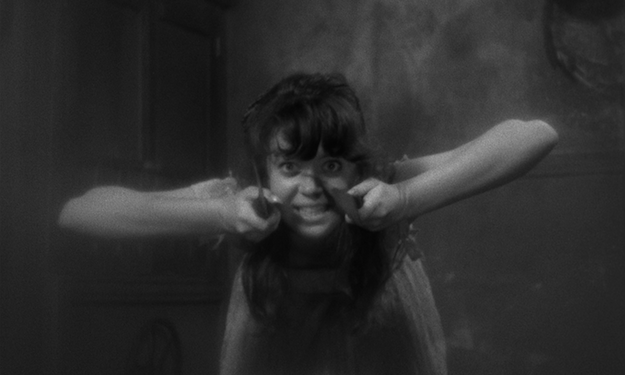 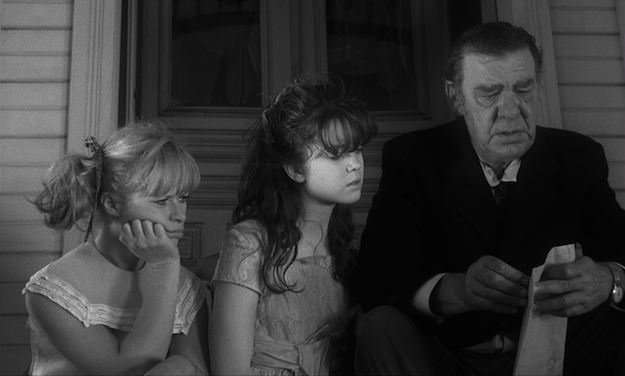 The Blu-ray
Spider Baby comes in a 2-disc Blu-ray/DVD combo. Both discs contain the same bonus material. The Blu-ray can be played in Regions A & B, the DVD will work in Regions 1 & 2. It comes packaged with an attractive 38-page booklet that includes an essay on the film and a short oral history of the production. Reversible cover artwork that highlights the original poster design is also included.

The Video:
The AVC-encoded 1080 1.66:1 transfer that Arrow is offering is outstanding. The grayscale is wonderfully nuanced, with excellent shadow detail and inky inky inky blacks. The fine detail is jaw-dropping for such a low-budget production. The film is on the grainy side -- again, presumably because of the low-budget -- but I find the texture incredibly appealing. This is a gorgeous restoration.

The Audio:
Unfortunately, the LPCM mono audio is not so easily spruced up. The recording is inconsistent, with muffled passages and distracting audible crackles in places. Obviously, this is due to the age of the materials and probably again the low budget production of the film, which makes these issues potentially irreparable. Considering the quality of the video, I must assume that they did the best they could with the audio. It's a shame, but the track is still quite listenable. There is one subtitle option: English SDH.

- Carried over from the 2007 DVD, this chat offers a frequently witty nostalgia trip with the longtime friends and collaborators. 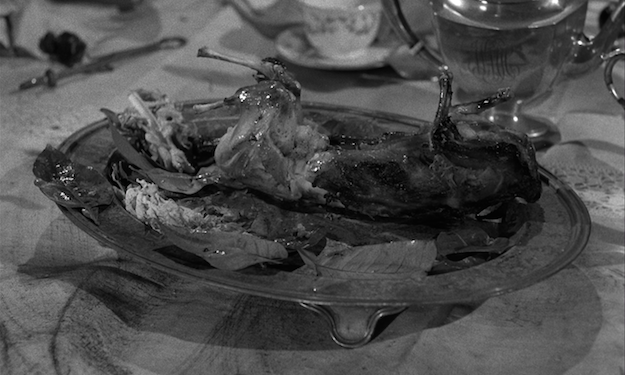