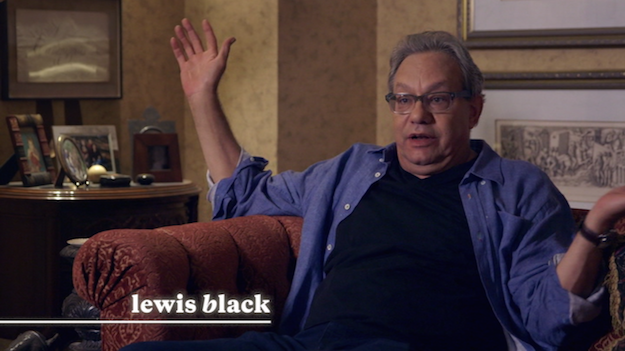 When the documentary Comedian, with Jerry Seinfeld and Orny Adams, was released thirteen years ago, it was a fairly significant revelation to fans of stand-up comedy. It offered the opportunity (in Seinfeld's segments) to see some famous comics hanging out and discussing the kind of work that went into crafting a joke or a chunk or an hourlong set. Even for someone who watched hours of stand-up on cable for years, this glimpse into the mechanics and the craft of stand-up was an eye-opening surprise.

Things have changed significantly in those thirteen years. The Aristocrats gave "civilians" a look at how comics try to crack each other up, as demonstrated by one open-ended filthy joke. The rise of the podcast has led dozens of comedians to follow in the footsteps of Jimmy Pardo's Never Not Funny and Marc Maron's WTF shows, churning out hours of chat between comedians every week. A few years ago, HBO aired a special, Talking Funny in which Chris Rock, Seinfeld, Louis CK, and Ricky Gervais talked amongst themselves about their theories on stand-up. '80s comedian and film director Jordan Brady has offered not one, but two talking heads documentaries on what it's like to live as a comedian: I Am Comic and I Am Road Comic. Judd Apatow recently released a best-selling book, Sick in the Head, which consists of interviews with other comedians he has been collecting since he was a comedy nerd in high school.

Into this now-crowded marketplace comes a documentary directed by actor, comedian, and (appropriately) podcast host Kevin Pollak, Misery Loves Comedy. Pollak was able to snag an impressive roster of talking heads, from beloved thespians like Tom Hanks, William H. Macy, and Sam Rockwell, to comedy institutions like Christopher Guest, Larry David, Martin Short, and Whoopi Goldberg, to a whole crop of newer folks like Jim Jefferies, Jemaine Clement, Jim Gaffigan, Kumail Nanjiani, Amy Schumer, Mike Birbiglia, and on and on and on. The quality and variety of Pollak's interview subjects means that the film is always interesting, even if it's not always illuminating.

Divided up into thematic chapters, the film tries to paint a portrait of comics as people who found their way to comedy as a profession because they are such profound societal misfits (usually from childhood) that only this strange club of like-minded weirdos would accept them. Scott Aukerman (of Comedy! Bang! Bang!) describes being seen by his peers as ugly, undateable, and just outright strange, but when he started performing in comedy groups, suddenly people seemed to understand he was "different" because he was a "comedian." Stand-up Jim Norton describes feeling completely in his element when performing and then falling victim immediately to anxiety and insecurity the minute he steps off stage.

Pollak interviews a few family members of deceased comics to try to get a flavor of what they were like in real life. Freddie Prinze, Jr., talks about how he wrestles with the legacy of his father as both a groundbreaker for Latino comedians and as a man who wasn't very nice to his mother. Lynn Shawcroft talks about the mercurial nature of her husband Mitch Hedberg. Kelly Carlin talks about joyfully joking around with her father George as a little girl, and how he told her to stay away from comedy as a profession. Like most of the film, these anecdotes are interesting, but they don't always illuminate the men being discussed, so much as add to the pile of facts known about them. 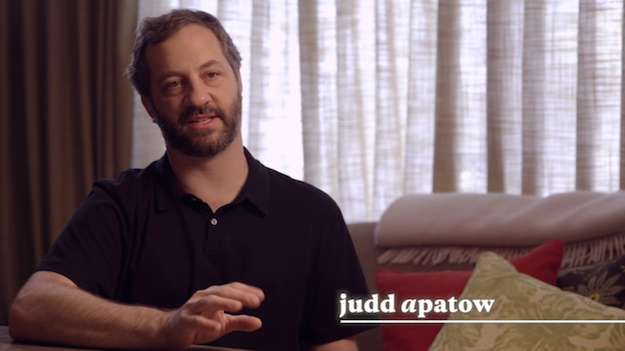 The film also doesn't always stick strictly to its premise of figuring out what makes comedians tick. There are passages devoted to the drug-like highs of doing a killer set and managing to control a room full of people like a puppet master, and then the inevitable bitter lows of bombing. Jimmy Pardo describes being chased to his car by a mob of angry sailors after a show.

For anyone who enjoys listening to comedians talk about anything and everything, the movie offers a lot of enjoyment. But even for those ravenous comedy fans (I'm counting myself here), the film has a big problem with focus. Like any good interviewer, Pollak knows when he's got a good anecdote -- for instance, when Stephen Merchant (The Office) describes a casual conversation where he unintentionally insulted Steve Coogan as a comic reflex -- and Interviewer Pollak lets these stories play out without interfering. But then Director Pollak seems hesitant to shape this collage of long and short anecdotes into anything more pointed and coherent. The final twenty minutes of the film tackles the subject suggested by the title -- does someone have to be miserable to be a comedian? -- and rather than feeling like a multi-faceted response, this section just plays out like an inventory. This guy says, "Yes." This other guy says, "No, you can't dwell in misery if your job is to make people happy." That guy says, "Everyone in the world knows some misery." This guy says, "No." This guy says, "Yes." This guy says, "Maybe. Sort of." Et cetera.

Compounding this frustration is the fact that the interview pool seems lopsided, with very few women comics and even fewer non-white comics appearing. Man, I would have loved to have heard what Kevin Hart or Katt Williams or Ron Funches or Hannibal Burress have to say on the topic of misery in comedy. I bet Pollak was probably just setting up a lot of these interviews based on who is already in his personal phone book, but there is definitely some untapped potential there.

Misery Loves Comedy is mostly going to satisfy comedy aficionados, who ironically won't find too many surprises contained within. If you like the unstructured, hit-and-miss nature of your typical comedy interview podcast, then this is going to be right up your alley. With the self-awareness and intelligence of the assembled talent, one might have hoped the film would go a little deeper and darker, but instead you've got a solidly entertaining 90-minute bull session. 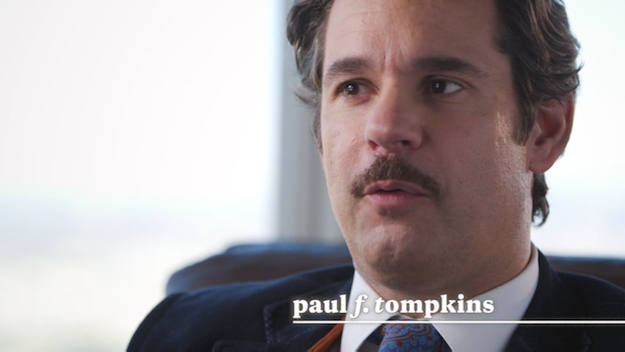 For a collection of talking heads, punctuated by still photographs, this widescreen 1.78:1 transfer is clean and satisfying. No significant digital compression issues.

The Audio:
The disc offers both a Dolby 5.1 surround and Dolby 2.0 stereo mix. Not a huge difference between the two, since this is almost entirely talk. Both options are clean and clear, with only the interview with Larry David sounding a little noisy (it seems like it was shot using lower-grade equipment than the rest of the film, so maybe it was done early in the production). No subtitles, but English Closed Captioning is available.

Special Features:
Just 17 minutes and 5 seconds of Extended Interviews. These consist of some talking head clips with Jimmy Fallon, Freddie Prinze, Jr., Kelly Carlin, and Kevin Smith. For better or worse, it's mostly just longer-winded, more fleshed-out versions of anecdotes that already appear in the film.

Final Thoughts:
The best comedians can be counted among the greatest artists who have ever lived. This documentary tries to figure out what makes someone decide to work in this highly specific art form, and it achieves that goal. A little more depth and a little more focus would have helped make Misery Loves Comedy a stronger film, but it's still quite interesting and entertaining. Recommended. 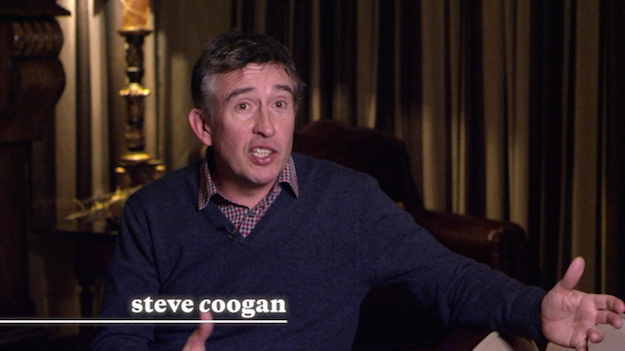