Gangs Of Wasseypur (Part I & II) 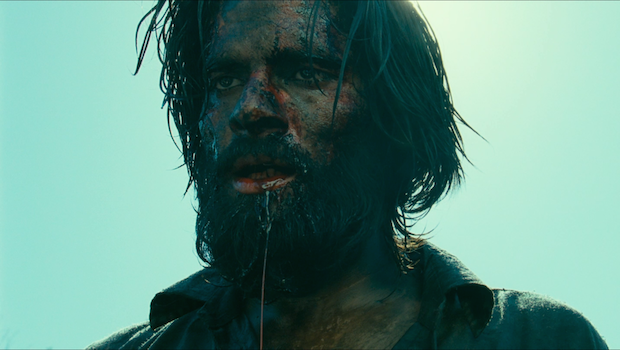 The compulsively watchable five-and-a-half-hour epic, Gangs of Wasseypur (originally released theatrically in India in two halves, à la Kill Bill), attempts to capture the gravitas and grandeur of American gangster epics like Francis Ford Coppola's Godfather films while fictionalizing a decades-spanning crime family feud in a small area of Eastern India. Admittedly, some of the political logistics within the story can get confusingly twisty but, for the most part, the film succeeds beautifully in emulating Coppola's mixture of grand narrative sweep and intimate family drama.

After a Martin Scorsese-esque flash-forward to a 2004 failed assassination attempt on racketeer Faizal Khan (Nawazuddin Siddiqui, The Lunchbox), Gangs of Wasseypur takes us back to the 1940s and the beginning of Khan's criminal lineage. His grandfather Shahid Khan (Jaideep Ahlawat) gets his underworld start by robbing trains, using the stolen identity of a better-known and widely feared robber to get things done. When the actual robber finds out, Shahid's men are killed and he leaves town for a nearby coal-mining city. After India gains independence, he becomes the muscle for a corrupt mine supervisor named Ramadhir Singh (Tigmanshu Dhulia) who understands that controlling the coal is the key to power. Sneaky Shahid understands this too, and starts plotting quietly to topple Ramadhir Singh's burgeoning empire. Unfortunately for Shahid, Ramadhir finds out about his muscle-man's intentions and has him summarily whacked.

This seemingly prudent bit of preemptive murder turns out to be the spark that ignites generations of burning hatred, accompanied by a seemingly unbreakable cycle of violence, consisting of countless acts of revenge and counter-revenge. Decades pass, as Ramadhir Singh leverages his position and turns the coal miners' trade union into a crooked shakedown racket, with which he fills his coffers and increases his influence. Meanwhile, the son of the murdered Shahid Khan, Sardar Khan (Manoj Bajpai), quietly works out his plan to bring down Ramadhir and build his own glorious gangster empire.

Sardar marries the fiery Nagma (Richa Chadda) and begins filling her belly with sons. It turns out Nagma isn't so much into pregnant sex, so Sardar looks elsewhere to deal with his perpetual horniness. Eventually, he takes on a second wife, Durga (Reema Sen), and impregnates her as well. Arguably, the film -- despite its giant scope -- does not leave a lot of room for its female characters, but Chadda and Sen make both of Sardar's wives complex and memorable. Nagma and Durga might both be stressors to the burgeoning crime lord, but their goals and desires are distinct enough that they never feel like generic shrews.

Sardar fathers five boys all told, five potential heirs who end up wrangling for their own slivers of power. The second part of Gangs of Wasseypur focuses on one of Sardar's sons, Faizal, who becomes the Michael Corleone of this story. A somewhat nihilistic pothead, Faizal lacks the ambition of his father, grandfather, and brothers, but he turns out to have a knack for cold-blooded murder. The film intersperses songs and snippets from classic Bollywood films, suggesting that many of its characters envision themselves like cinematic heroes; meanwhile, Faizal sees himself as an out-sized villain. It makes sense then that Faizal courts his future wife Mohsina (Huma Qureshi) by sauntering around, trying to look badass in mirrored Ray-Ban shades; the movie, however, has the good sense to make Faizal look ridiculous in these moments as often as he looks legitimately larger-than-life.

Director Anurag Kashyap appears to love Bollywood cinema, but he has intentionally made something quite different from it. With its profanity-filled dialogue, its well-shot but believably sloppy scenes of violence, and its intermittent irreverence for its characters, Kashyap's film recalls the realistic but flavorful, street-level viewpoint of Scorsese's gangster flicks without ever directly copying the American's well-known moves (some elaborate Steadicam shots aside).

Gangs of Wasseypur ends with a mega-cathartic bloodbath, but the thing that distinguishes this film from other American-influenced foreign crime cinema is its restraint. Kashyap holds off on the buckets of blood and exploding squibs for a long time, and he stays away from wild camera moves that exist for their own sake. There is immense craftsmanship on display here, but it's all in the service of the story.

Five-and-a-half-hours might seem daunting, but it's shorter than many of the TV series that people binge on without thinking, and Gangs of Wasseypur has that same addictive quality that hooks viewers into those episodic stories. I personally watched the film in a few sittings, but ended up watching most of the second half in one big chunk late at night, long after I should have gone to sleep, just because I couldn't bring myself to turn the film off. It's that good.

The Blu-ray
Cinelicious Pics presents Gangs of Wasseypur on 2 Blu-rays, one for each part of the film, and packages the disc with a color booklet that includes an essay on director Anurag Kashyap's career and a handy family tree for the characters.

The Video:
This film looks impeccable on Blu-ray. The AVC-encoded 1080p 2.40:1 image has no compression issues. The colors are vivid and the blacks are deep and rich, even when the filmmakers go for a semi-washed-out pseudo-'70s look. Fine detail reproduction is excellent. (The opening sequence, digitally shot at night, has a distinctly more video-ish appearance compared to this mostly film-shot production -- plus it features some sketchy CGI muzzle flashes and bullet holes that thankfully never return -- but night shooting seems like the Achilles heel of many digital cinema cameras. Nonetheless, the Blu-ray offers a spotless reproduction of this sequence.)

The Audio:
Wow! The main audio offering, a Hindi DTS-HD MA 5.1 surround mix (with optional English subtitles) is a stunner. Meticulously layered and designed, full of atmospheric and directional effects, and just downright powerful, this mix is one of the best surround soundtracks I have heard. During the bombastic climax, my couch was literally shaking (good thing I live on the ground floor). It offers a round and robust bass to say the least. The disc also offers a Hindi LPCM 2.0 stereo mix that is actually a little bit louder, but it also is definitely weaker on the bottom end, making it less impressive overall. I say stick with the surround.

Final Thoughts:
Gangs of Wasseypur takes its inspiration from some oft-copied crime cinema classics, but it stands on its own as a fresh and engrossing new story, punctuated by ingeniously staged action setpieces and some unexpected humor. If this flick can get a foothold with stateside genre movie fans, it has the potential to join the canon of oft-revisited gangster greats. Definitely one of the best films to hit American screens this year. Highly Recommended.