Love Unto Death / Life Is a Bed of Roses

The Cohen Film Collection presents a newly remastered double feature by Alain Resnais, the masterful filmmaker behind Hiroshima Mon Amour and Last Year at Marienbad, who died last year at age 91. Resnais worked at a fairly consistent pace for most of his life, and a few of his late works, You Ain't Seen Nothin' Yet and Wild Grass, have garnered widespread critical respect. This new double feature goes back to some lesser-known efforts from the '80s which make perfect sense as a pair on paper -- the films were released a year apart, with the same core cast members, the same writer (Jean Gruault), and much of the same crew -- but they don't really "go together." It's a testament to Resnais's restless, experimental spirit that he did these two tonally divorced projects back-to-back, but it would be unsurprising if certain viewers end up greatly preferring only one of these films to its stylistically opposed sibling.

Love Unto Death (1984; L'amour à mort)
"Don't be dead!" A woman cries to her lover whom the doctor has just diagnosed as deceased. After the doctor leaves, the dazed man Simon (Pierre Arditi) stumbles down the stairs of his home, rubbing his head and telling his distraught partner Elizabeth (Sabine Azéma) that his headache is gone. Knowing Resnais's history of narrative experimentation, the first assumption a viewer is likely to have is that Simon must be a ghost or a hallucination, some non-realistic manifestation of Elizabeth's plea to Simon's dead body. But it soon turns out that Simon is really alive. Was he misdiagnosed... or resurrected?

The rest of the film teases out ideas surrounding what it means to be alive, to die, and to be in love. Simon is friends with two married ministers, Jerome and Judith (André Dussollier and Fanny Ardant), whose views on death and the human soul merge and diverge in different places with Simon and Elizabeth.

The re-release trailer for this film, included on the Blu-ray, features a pull quote which compares the film to Ingmar Bergman, and certainly the intimate chamber drama atmosphere, complete with characters in deep existential and religious crisis, recalls Bergman's early '60s work like Winter Light. Love Unto Death frequently seems on the verge of turning into magical realism, with the characters exploring and transcending the thin divide between life and death, but Resnais lets that magic potential sit solely in the mind of viewers while keeping his drama defiantly earthbound.

Resnais also disrupts the narrative flow of the drama, by punctuating almost every scene with an isolated shot of snowfall or a pitch-black sky, accompanied by dissonant music from composer Hans Werner Henze. Sometimes the scenes in the film amount to little more than brief blackout sketches, as Simon and Elizabeth look at a hive of bees in a tree or Elizabeth sprawls across a bed and sobs. The meaning of some of these moments is never entirely clear, but the mystery created by these fragments more often than not makes the viewer hungry for more and more to gain a larger understanding of what is going on.

Love Unto Death is powerful, but sneakily so. As it first unfolds, the story is unusual and engaging, but puzzling. The style is interesting but oddly formal and sedate. By the end, Resnais has given us profound insights into the souls of his characters and expertly unlocked the emotional core of his premise without us even realizing what he just did. It is truly an astonishing film. 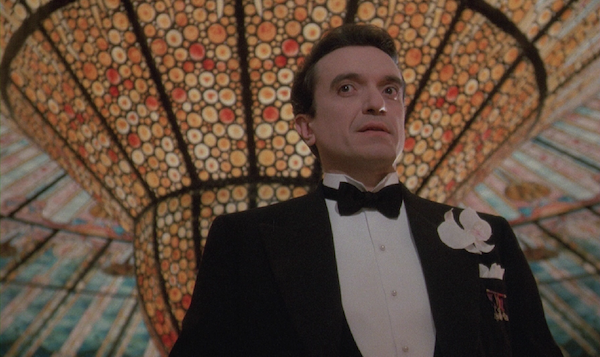 Life is a Bed of Roses (1983; La vie est un roman [literally: Life Is a Novel])
The second film presented here (though it was originally released first) is the much more light-hearted and more gleefully sloppy Life Is a Bed of Roses. Located in and around the outlandishly designed (and fictional) Forbek castle, the film unscientifically weaves together three main narrative threads about the pursuit of happiness, or more specifically the pursuit of a society whose foundation (and whose product) is happiness.

In the first storyline, set right after World War I, wealthy Count Forbek (opera singer Ruggero Raimondi) invites a group of friends to his newly built castle to be "reborn" as the first members of his new love-and-happiness-based utopia. All they have to do is drink a potion that will remove all their memories and thoughts. Then the Count will rebuild their psyches from scratch so that they are perpetually happy. Many guests leave outraged, many others stay to have their minds wiped, and one guest, the curious but skeptical Livia (Fanny Ardant), dumps out her cup of potion and just plays along.

In the second story, set in the (then-)present day, the castle has been turned into a progressive school which is hosting a conference of teachers, set on determining the most effective curriculum for making the best, most imaginative students. As with many conferences of this sort, the ulterior motive of many attendees is covert coupling. As such, many wacky romantic encounters ensue.

The third story is essentially an offshoot of this second one, where a few stray students, left behind during school break, imagine a fairy tale in which the infant heir to a magical kingdom is hidden away by his nurse (mezzo soprano Cathy Berberian) until he is old enough to challenge his father's murderer and bring happiness back to his kingdom. Although this fairy tale gets shortest shrift in the narrative mix, it provides a counterpoint to all this theorizing by the characters in the other two stories about how to shape a young mind to be happy and imaginative, suggesting that a young mind left to its own devices will do just fine in the happiness and imagination departments.

Despite that last sentence, I don't mean to suggest that Life Is a Bed of Roses has a clearly stated thesis about happiness and imagination that it develops systematically. Instead, the film plays as more of a messy mélange of fantasy, period melodrama, and romantic farce that makes sense only slightly more often than it doesn't. More than a few times, multiple characters sing, as though this film were a musical, but it is assuredly not. In fact, when it ends, the film seems ambivalent about whether the way everything wraps up should be considered a happy ending or not.

This ambivalence is sure to turn off viewers who are hoping for some sort of big message at the end of this mishegoss, but those who are willing to let Resnais play will have plenty of fun, especially considering the stacked cast that also includes Sabine Azéma, Pierre Arditi, and André Dussollier from the other film in this set, plus Vittorio Gassman and Geraldine Chaplin. 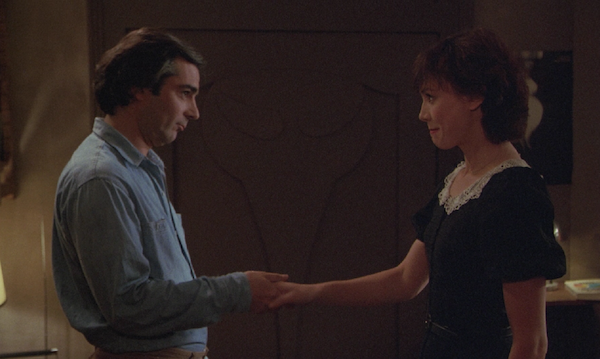 The Blu-ray
Love Unto Death and Life Is a Bed of Roses are each presented on their own BD, packaged on two hubs within a single standard Blu-ray case.

The Video:
The improved clarity and fine detail is the main attraction of these new AVC-encoded 1080p transfers. (Love Unto Death is presented at 2.35:1, while Life Is a Bed of Roses is framed at 1.66:1.) Love Unto Death has a gauzy, washed-out look, complimented by an earthy, grayish color palette, frequently augmented by one or two startlingly red objects in the frame. This seems to be the intention, but it means weak blacks and often non-existent shadow detail. Life Is a Bed of Roses is a more emphatically colorful film, with the period-set scenes (reportedly shot on Kodak stock) looking particularly sumptuous and saturated and the present-day sequences looking more "normal" (thanks to green-skewed Fuji stock). Both films have not been cleaned up digitally, so there is plenty of dirt and specks, some splices, and even a few noticeable instances of damage.

The Audio:
Both films come with perfectly fine French LPCM 2.0 mono audio mixes (with optional English subtitles). Love Unto Death is pretty spare visually and the uncomplicated soundtrack perfectly fits the style of the film. Life Is a Bed of Roses is a more manic film, and certain passages could have benefited from a less narrow mix... but I'm certainly not going to take it upon myself to go into any vaults looking for source tapes to remix, so I figure this current version is more than acceptable.

Special Features:
(The bonuses which appeared on the seven-year-old DVDs of Love Unto Death and Life Is a Bed of Roses have not made the jump to Blu-ray.)

Final Thoughts:
A bizarrely matched but highly rewarding double feature from the prolific Alain Resnais. This two-fer highlights the French director's knack for formally rigorous drama as well as freewheeling comedy, although both films are clearly skewed through Resnais's own unmistakable, experimental sensibility. Highly Recommended. 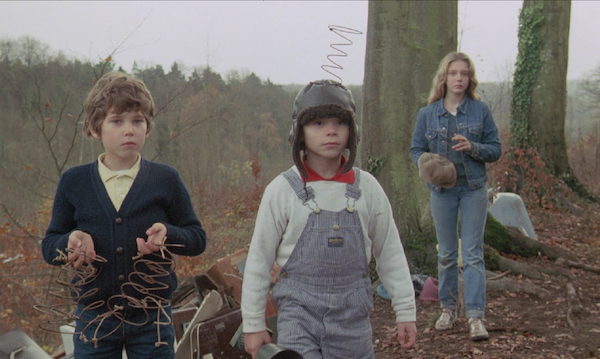