Best of the Ed Sullivan Show, The 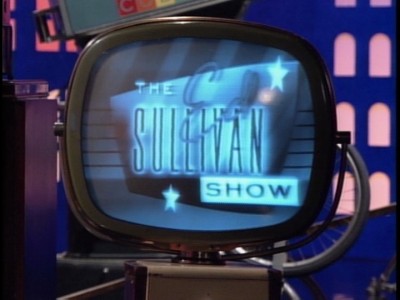 
The Story So Far...
A classic variety show, The Ed Sullivan Show was a TV staple for decades, airing from 1948 to 1971. A random assortment of singers, novelty acts and celebrities, including some of the greatest of all time, were watched by tens of millions each week, but for over 1,000 episodes, it was almost always Sullivan, a legend of show business, on that stage leading the way. Over the years a number of collections have been released, and DVDTalk has reviews of several previous sets.

The Show
The Late Show podcasts featuring Stephen Colbert have been fascinating, as he discusses, in great detail, the work going into the theater where he'll be recording his show, that being The Ed Sullivan Theater. As someone born after Sullivan was off the air for many years, even years after Sullivan had passed, I was not a part of his audience (and instead was raised on Johnny Carson.) Despite that, he was a part of my knowledge of pop culture, largely due to the ever-present imitations of his notoriously grim persona and unique accent. Of course, having come of age in an era of syndication and re-runs, I' eventually grew more aware of his show and the big highlights, like the famous first American TV performance by The Beatles. However, a true understanding of what the show was all about escaped me. Until this DVD set.

A collection of specials from the mid to late 1990s, these DVDs represent the scope of The Ed Sullivan Show, with discs dedicated to the music, the novelty acts, the comedians and the animals, as well as an overview 50th-anniversary special, which attempts, in just 46 minutes, to distill a large chunk of entertainment history. On their own, as of these specials would be a partial and very incomplete peek at why Sullivan's legacy lasts till today, but as a group, you gain an appreciation for what he brought to television's early days.

"Unforgettable Performances"
Up first is probably the most memorable element of Sullivan's show, as this 98-minute look-back covers the variety of performers who took his stage, from music to comedy and more. Music is the key though, as some of the biggest singers and bands of the day hit Ed Sullivan, including The Beatles, Elvis Presley, The Rolling Stones, The Doors, Buddy Holly, The Beach Boys, James Brown, Sammy Davis Jr. and Ella Fitzgerald, and the greats of Motown, like The Miracles, The Jackson 5 and The Supremes. Most of the ats are represented by clips of their performances, but several complete songs are also here, with The Beatles and Elvis among those so graced. The special also pays tribute to the more unusual performers on the show, as well as the comedians, like George Carlin, Rodney Dangerfield, Richard Pryor and Joan Rivers. The section on censorship is particularly interesting, touching on the experiences of Elvis, Bob Dylan and Jim Morrison. But the big thing is all the great musical performances. 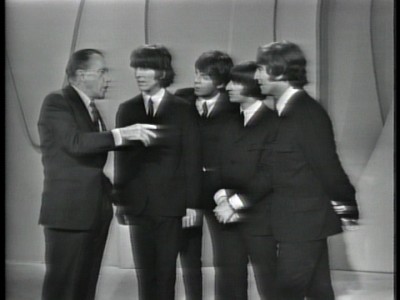 "50th Anniversary Special"
The shortest special (47 minutes) covers the most ground, as Tom and Dick Smothers host a look back at Sullivan's career, from his start in newspapers, and his iconic show. Touching on just about everything that's covered in more detail elsewhere in the set, this disc is a touch superfluous, but there are a few things here that aren't found elsewhere, like interviews with Walter Cronkite and Mike Wallace, and footage of Sullivan interviewing stars like Marlon Brando (who discusses his love of bongos), Humphrey Bogart and James Cagney (who teaches Sullivan how to act in a fun, seemingly candid moment.)

"The All-Star Comedy Special"
The Ed Sullivan Show played host to some of the best comics of the day, and they are collected here, in this special hosted by Mary Tyler Moore, with bits from their acts and interviews with many of them. Some of the names are a bit obscure, like Dickie Henderson and Arthur Worsley, but otherwise it's like the comedy hall of fame, as you get to see Jack Benny, Flip Wilson, Jackie Mason, Alan King, Carol Burnett, Carl Reiner and Mel Brooks, Phyllis Diller, Rivers, Carlin, Pryor and Dangerfield, among many others, do what they do best, and enjoy interviews with most of them, as well as Jack Carter, Milton Berle, Rich Little and Dick Martin. Though stuffing a ton of comedians into 70 minutes doesn't help flow in anyway, there's some great bits here, including Carlin's classic hippy-dippy weatherman and Victor Borge's brilliant verbal punctuation.

"World's Greatest Novelty Acts"
On the fringes of entertainment, but front and center on Ed Sullivan the novelty acts, like the jugglers, acrobats and other doers of physical feats, deliver 55 minutes of uneven interest, as some of the acts, like The Jovers annoyingly comedic balancing act or the Brockaways' slow bicycle routine, haven't aged well. However, some of the acts remains wonderfully engaging decades later, like the unbelievable Baranton Sisters, who juggle tables with their feet, or the bizarre contortionist Joy Kay. As a group, they can carry over the disc's 55-minute length, but but individually, most of these performers would get buzzed on America's Got Talent.

"Amazing Animal Acts"
Of all the content in this set, it was these 60 minutes that my daughter watched over and over (even if she does sing along with Elvis and The Beatles.) It's not hard to see why, considering some of the cute animals on display here, like Victor Julian's adorable dress-wearing pups or the gymnastic Berosini chimps (even if their Native American costumes are awkward these days.) A few are simply lame, like the Water Bird Show (ooh, ducks in water) or Heidi the Talking Dog (who, contrary to the name, doesn't) and a few are less acceptable these days, like the elephant acts, but it's still 60 minutes a family can certainly enjoy together. 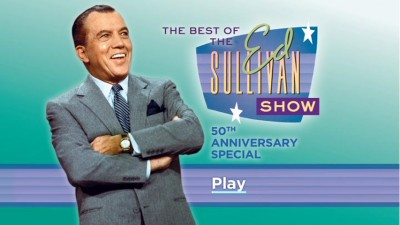 The DVDs
The six-DVD set, which pulls together several separate releases, is packaged in a thick black keepcase with four dual-hubbed trays (oddly leaving two unused hubs) with an insert. The discs feature static, anamorphic widescreen menus, with options to play the specials, select chapters and check out the extras (where applicable). There are no audio options or subtitles, but closed captioning is available.

The Quality
The full-frame video on these discs is culled from across decades of television history, so some variety in the quality is to be expected, with the studio footage shot in the ‘90s looking the best. Some of the old kinetoscopes are a little rough, showing some signs of damage, but aside from the effects of the recording technology of the time, the video is uniformly solid, if a tad muted in terms of the color (nor is it the sharpest image you'll ever see.) However, there are no obvious concerns in the presentation.

Each special sports a Dolby Digital 2.0 track that is clear and easy to listen to, but it lacks punch, certainly a result of the limitations of the era.

The Extras
The only extra on the first five discs is a 4:57 clip from 1958, when Sullivan and his wife Sylvia appeared on Hy Gardner Calling…. The show featured the entertainment reporter/gossip columnist chatting with stars over the phone, with both sides being shown in split-screen. During the interview, Sullivan talks about his famous "stoneface," his pronunciation of "show" and what it was like to first work with cameras, while Sylvia discusses her experiences with fame. Part of the clip is seen in other specials on the set, but the full interview, the only surviving interview with the couple, is here and is an enjoyably relaxed chat.

The big extra however is the sixth disc, full of nearly two hours of bonus interviews, though some of the responses are found integrated into the other discs. 25 participants are included, covering comics, musicians, actors and crew members, with most, like Alan King, Flip Wilson, Phyllis Diller, Milton Berle and Johnny Mathis, falling on the high end of the fame scale. Among the must-see clips here are impressionist Rich Little and his story of the singing nun, David Crosby's awkward enthusiasm, Joan River's fantastic behind-the-scenes stories, Steve Allen discussing his rivalry with Sullivan (as well as some of the behind-the-scenes dirt), Shari Lewis on being in Berlin when the wall went up and Jackie Mason talking about the strife between him and Sullivan. The interviews are all over the map, from reverent to slightly insulting, as the picture of Sullivan they paint is a complex, intriguing one.

Also included is a four-page insert with act lists for the discs and short descriptions of the specials. 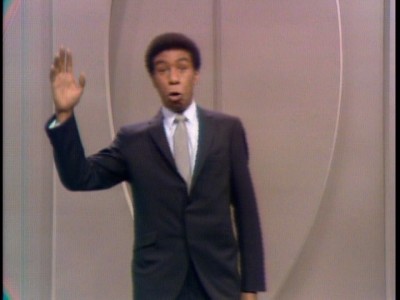 The Bottom Line
It would have been nice to include at least one full episode, to help those born after 1971 get a better idea as to what The Ed Sullivan Show was all about, or to better appreciate what Sullivan brought to the show (since the set is focused more on the acts that appeared on the series.) However, the set does a good job as a stand-in for the series, with loads of memorable acts throughout, while supplementing them with a decent history lesson on the show and the man. Quality is good for DVD, with no obvious issues, and the bonus content offers enjoyable insight. There are cheaper options for those curious about Sullivan and his show, but for several hours of fun a family can enjoy together, this is a fine pick-up.