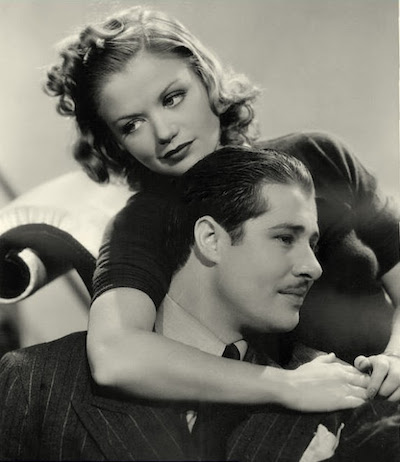 Don Ameche's film and TV career stretched from the 1930s to the 1990s and encompassed both light comedy and heavy melodrama, as well as a handful of biopics. Fox Cinema Archives has repackaged three of their previously released Don Ameche movies from the 1930s into a mostly satisfying triple feature that shows off the talented actor's many sides. 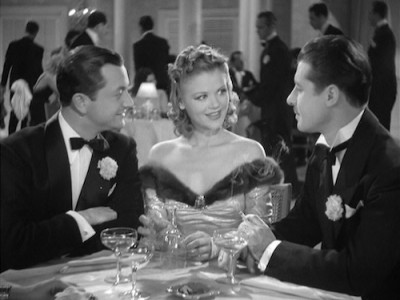 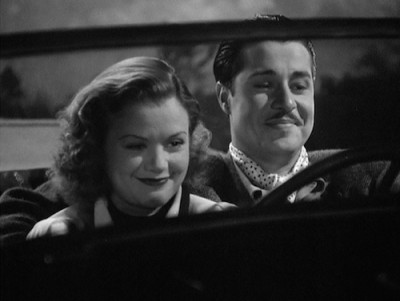 First up is a delightfully frothy romantic comedy in which Don Ameche plays David Brassard, the dour head of a successful cannery in New Orleans. When David and his ladies-man brother Pierre (Robert Young, Father Knows Best) get news that their capricious father (William Collier Sr.) is planning to marry a world-famous French nightclub singer named Josette (Tala Birell), the brothers cook up a harebrained scheme to get Dad out of town so they can confront Josette and tell her that their father has no money of his own and lives on an allowance they provide him. So if she's looking to dig gold, dig it somewhere else. This is all well and good, except that when Dad is hustled onto a plane out of town, he makes a brief detour and takes Josette with him. The beleaguered nightclub owner (Bert Lahr, the Cowardly Lion) deals with his lack of a world-famous chanteuse by sending out a fresh-faced newbie named Renee (Cat People's Simone Simon) and calling her Josette. The brothers have never met their future stepmother, so they have no reason to suspect this French dame is the wrong one. Inevitably, they both end up falling for her, and misunderstandings pile up until this knotted mess gets itself tidily untangled.

As convoluted as this film's set-up is, the execution by veteran director Allan Dwan (Heidi) feels light and effortless. Ameche and Young are nicely matched as romantic rivals, and Simon is sly and sexy as the fake Josette. The cast also has some nice supporting turns from character actor favorites, like Preston Sturges regular William Demarest as a henpecked diner owner and Paul Hurst as a well-to-do drunk who threatens to spoil the whole charade. Only Joan Davis, as Josette's unlucky-in-love chaperone, doesn't quite nail the laugh lines like she should. Apart from some fizzled jokes, Josette is a delightful soufflé. 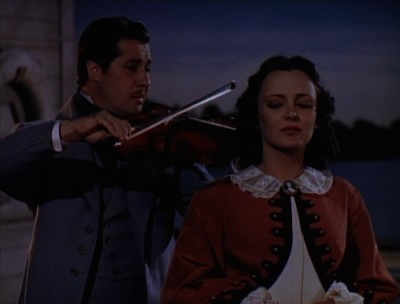 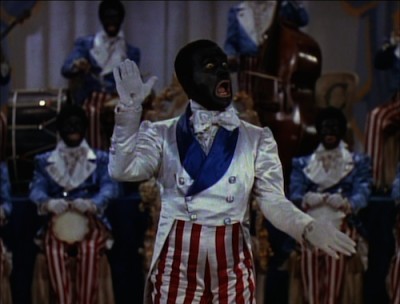 Next to the music of Stephen Foster, Don Ameche's acting is the clear highlight of this dramatically thin Foster biopic (the second released in the same decade, after 1935's Harmony Lane). Ameche turns in a respectfully layered performance, as fact takes a backseat to convenient fiction in this jukebox musical, which tracks Foster from penniless dreamer to wealthy songwriter and family man to out-of-fashion divorced drunk. Andrea Leeds (The Goldwyn Follies) plays Foster's wife, the inspiration for "Jeanie with the Light Brown Hair," although the film never convincingly sells their love story, as the inspired songwriter always seems to be pushing his wife out of the room so he can sit and write down whatever snippet of melody or stray lyric has just come to mind. Al Jolson plays E.P. Christy, whose blackface minstrel show premieres many of Foster's best known tunes. The blackface scenes are pretty disconcerting to these modern eyes -- though Jolson is undoubtedly a top-notch songster -- and they're arguably just one of the many things racially problematic about the flick. Foster is shown to be inspired by the American South and "Negro music," although the film unintentionally makes Foster look patronizing and dilettante-ish whenever he talks about his love of these things. The undeniable power of Foster's songs makes this uninspired pseudo-revue quite watchable, but listening to some sort of "Jolson Sings Foster" LP would arguably be a preferable experience. 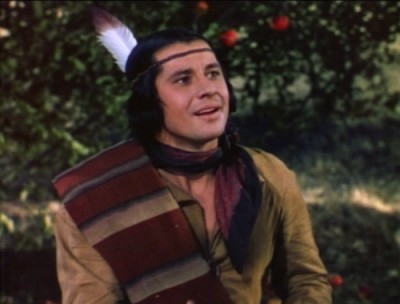 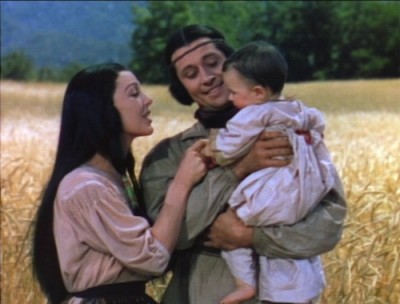 Helen Hunt Jackson's 1884 novel Ramona tried to do for Native Americans what Uncle Tom's Cabin did for slaves, by publicizing their plight to the white population. Her ploy sort of backfired, because the book became quite popular but readers were more taken with the romance in the book than the political message. This soapy 1936 film adaptation -- the third of four feature adaptations so far -- blunts the harshness of Jackson's plot but still shows some of the hardships that Natives faced when the government seized their land and gave it to white settlers.

Loretta Young stars as the title character, an orphan who has been living with the well-to-do Moreno family in recently Americanized California. She's had a brother-sister relationship with Señora Moreno's only son, Felipe (Kent Taylor), but now Felipe wants to make it much more. The cold-hearted Señora (Pauline Frederick), who knows more than she says, disapproves. It's okay, because Ramona ends up falling for a handsome "Indian" (the film never bothers to discuss specific tribes) named Alessandro (Don Ameche), who has come to the Moreno ranch to shear sheep. The Señora disapproves of this match too, but when she reveals that Ramona's mother was actually an Indian, she can do little to stop Ramona from going after her new love. Once Ramona and Alessandro are married, their troubles begin, as they are pushed off of Alessandro's ancestral land and forced to wander in search of a new home.

This Ramona is undeniably melodramatic, but it is also just as undeniably disarming. Young and Ameche are a truly sweet screen couple, which makes it easier to stay with the film, even when it gets hokey. 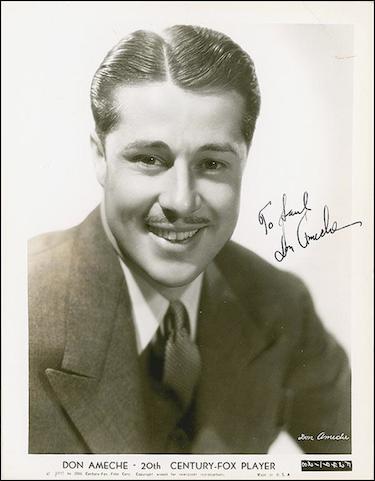 The DVD
Fox Cinema Archives repackages three of their standalone manufactured-on-demand (MOD) DVD-R releases into this new triple feature. The 3 discs are housed on three hubs in a single keepcase. Each disc is branded as being part of the "Don Ameche Collection."

The Video & Audio:
Each film is presented in a standard 1.33:1 video transfer with a Dolby 2.0 mono audio mix. No subtitles.

The black-and-white selection Josette fares best in both the audio and video department. Although some busy wide shots show evidence of mosquito noise and other similar digital artifacts, it's mostly a clean and clear presentation, with strong grayscale reproduction. The audio is noticeably dated, but not overwhelmed by too much crackling or hissing.

It's hard to tell whether Josette was taken from a TV master or not, but the two Technicolor films are clearly taken from old transfers meant for TV.

Swanee River comes from a fairly stable print, with good color, except that the image is frequently too dark. There are more than a few exterior night shots that seem to be anticipating film noir, because viewers can only make out the highlights while everything else disappears into shadow. There are also more than a few moments of cross coloration and chroma noise scattered throughout. The soundtrack is perfectly discernible, although there is significant surface noise and hiss throughout.

Ramona looks more accurately balanced than Swanee River, but the film elements from which it was transferred are not as stable. TV scan lines are consistently visible throughout the entire film, although honestly you get used to them. The soundtrack is much like Swanee River, in that dialogue and music are discernible but there is a nonstop hiss from beginning to end.

Final Thoughts:
As far as star-driven triple features go, this set is pretty solid. The first film, Josette, is the best of the three in terms of entertainment and also A/V presentation, but the other two films are still worth a look if you like '30s melodramas. Recommended. 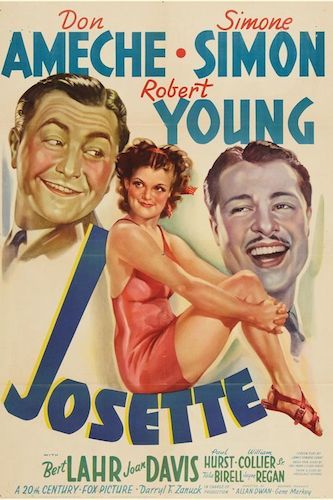 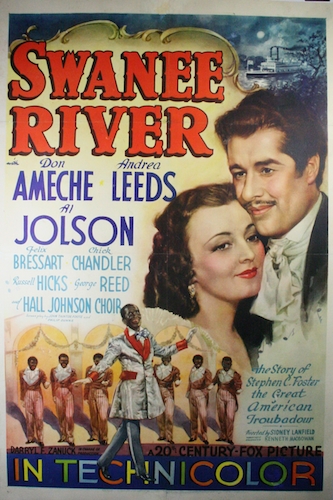 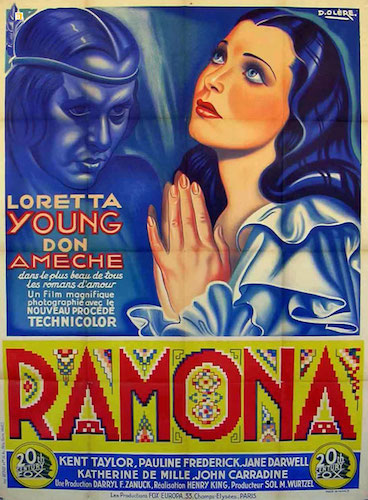