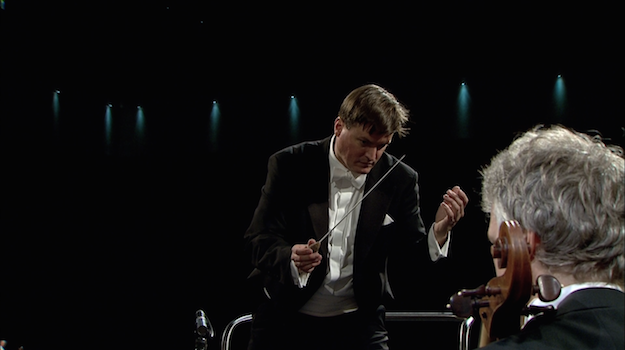 Two excellent performances by the Munich Philharmonic, led by the controversial Christian Thielemann, are compiled here in this immensely satisfying presentation. Two of Austrian Romantic composer Anton Bruckner's best-known symphonies, the 4th in E flat major (often nicknamed the "Romantic" symphony) and the 7th in E major, are given a rousing and often riveting interpretation. As a casual fan of orchestral music, I must admit to being a bit out of my depth when it comes to comparing these performances to the many interpretations of these symphonies that have come before (although I have heard versions conducted by Bruno Walter, probably recorded half a century ago, that I also quite like). So I beg the indulgence of you classical smarties out there while I fumble toward some sort of cogent discussion of this music which has impressed me greatly.

As a movie buff, it must be said that Bruckner's 4th Symphony sounds like it belongs in a film. With its opening that slowly builds to a fanfare of triumphant brass, it's hard not to think of the classic musical scores of '30s and '40s Hollywood, or even the oft-replayed themes of John Williams's '70s and '80s work. In other words, Bruckner's 4th is grand, even bombastic, and above all, catchy. I know it has been years since I heard those old Bruno Walter recordings, but I immediately remembered the melodies of many of Bruckner's main themes contained within.

The interesting thing about Bruckner's music which had not stuck with me before is how meticulously constructed it is. Every snatch of melody that reaches out to the listener is adorned with intricate accompaniment from somewhere else in that orchestra pit. The video director, Agnes Meth, does an outstanding job of pinpointing certain flourishes within the composition of the 4th that might get buried just while listening normally. She highlights these potentially neglected players at just the right moment, so that you're left saying, "Oh wow, the basses are doing an interesting run there," or "What an interesting counterpoint from the French horns."

In addition to its intricacy, Bruckner's music is built on contrasts. One of the few things I did notice with my unaccustomed ear about Thielemann's approach that differed from the version I heard before is that he likes to make Bruckner's shifts in dynamics very sharp and distinct. When going from a quiet passage to an enormous blast of sound, he doesn't have the orchestra ease into it. These stark shifts, as well as Bruckner's tendency to throw focus back and forth between the brass and the strings, help to keep the audience guessing. The whole orchestra will saw their strings or blow forcefully in a giant swell, and then most of them will drop out, leaving only a handful of soloists trading phrases. Bruckner will create call-and-response passages within the woodwinds, with the clarinet replying to the flute, which leads to a response from the oboe, and so on. This effortless exploitation of the different voices within the orchestra is enlivening and makes the 4th feel particularly energetic.

Maybe that's why Bruckner's 7th is less immediate to me. Though it features no less intricacy and inventiveness than the 4th, it's more of a slow burn. The first of its four movements is all about delicacy and tenderness, while the second feels mournful and solemn. This makes sense, as reportedly this second movement was intended as a tribute to Bruckner's beloved contemporary Richard Wagner, whose health was failing when Bruckner started writing and who died before the composition was complete. The thunderous climax of this movement offers not only catharsis for the grieving Bruckner, but hints toward less solemn sounds to come. Indeed, the Scherzo of the third movement, inspired by folk dances, matches the vigor of the 4th Symphony, and the last movement offers an appropriately rousing grand finale.

Another reason the 7th might not have played as well for me is that Meth's video direction, while never flat or rote, seems slightly less sensitive to the nuances of the piece. It fails to unlock the hidden gems featured within the arrangement. However, the performance of the 7th symphony was recorded two years before the 4th (despite coming second on the disc), so it could also just be an instance where a good director got even better with the passage of time.

Though the internet offers many differing opinions on conductor Christian Thielemann -- is he too traditionalist, too outspoken about his right-wing political leanings? -- I cannot accurately comment on those topics without resorting to riffs on third-hand accounts. What I can say is that he makes for a fascinating presence during these two different symphonic performances, sometimes emotionally miming to his players, sometimes making gestures that seem like a secret code he has concocted, often looking like he is not even keeping time (although maybe that is not such a concern with professional orchestras). He manipulates his body so that it resembles an oddly programmed robot or a marionette with a few strings clipped. His physical realization of how he wants the music to sound is highly specific and somewhat bizarrely memorable. 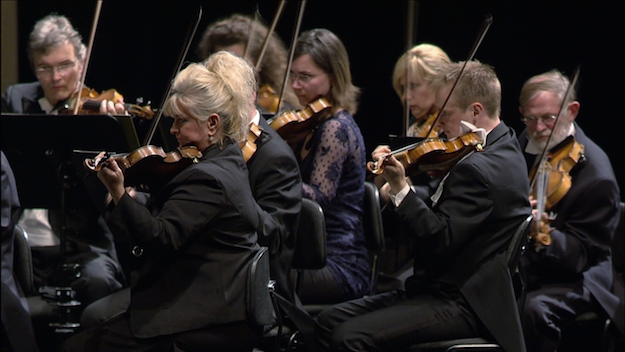 The Blu-ray
Brucker Symphonies No. 4 & 7 comes with a booklet featuring on essay on Thielemann and Bruckner by Harald Reiter, in English, German, and French.

The Video:
The AVC-encoded 1080i 1.78:1 presentation has a fairly typical HDTV video look to it. Detail is strong both in wide shots and up close. Colors are strong and stable. There's a little smearing on some of the moving shots and pans, plus a few shots with blown-out highlights, but otherwise it's a clean, professional recording.

The Audio:
Both symphonies come with DTS-HD MA 5.1 surround and LPCM 2.0 stereo mixes. Both options are crisp and clean, with good separation between instruments. I noticed no major distortion. The surround mix provides a more spacious, concert hall ambience, but when I re-listened later to a few passages I liked on headphones, I found the more confined soundstage of the stereo mix quite satisfying as well.

Special Features:
None, unless you count the previews for other releases from C Major.

Final Thoughts:
Two tremendously satisfying performances of two meticulously crafted Late Romantic symphonies. I think Bruckner's 4th is more of an out-and-out crowd-pleaser for the casual listener; if John Williams dies before they make Star Wars XII: The Force Hits the Snooze Button, they could probably just lift themes straight out of this symphony and everyone would be happy. The 7th has just as many beautiful melodic passages, but the piece as a whole is subtler, which means it might require a few more spins before it totally soaks in. Highly Recommended. 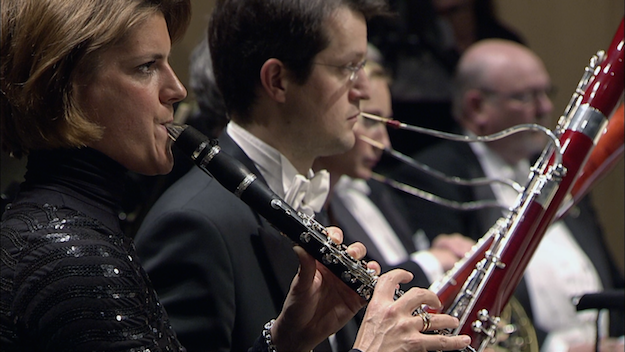