Man Without a Past, The 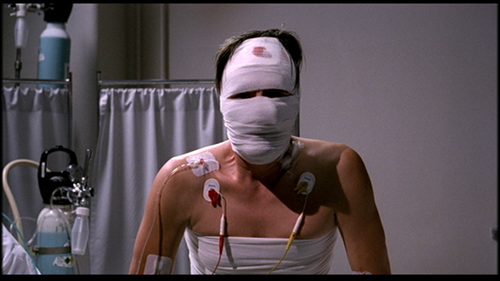 Upon its 2002 premiere, The Man without a Past became the first worldwide hit for the acclaimed Finnish director Aki Kaurismäki. His characteristically dry, sweet humor is put to full effect in this tale of a down-and-out amnesiac who touches the lives of several others in strange, unexpectedly positive ways. The film netted a slew of awards and honors, including six Jussi Awards (the Finnish equivalent of the Oscar), four Cannes honors, and an Academy Award nomination for Best Foreign-Language Film. Sony Classics' made-to-order DVD edition of this delightfully droll film functions as a stripped-down twin to their 2003 DVD - hey, at least it's still in print.

Speaking as broadly as possible, The Man without a Past would be classified as a romantic comedy. Kaurismäki's humor is the kind of deadpan, subtle wit that sneaks up on the viewer - making it as far from contrived, Nancy Myers-eque territory as one could possibly get (those who prefer the Coen brothers or Wes Anderson will relate). The movie unfolds on the industrial side of Helsinki, where an unemployed welder (a subtle performance from Markku Peltola) gets viciously mugged by thugs. Badly beaten and with no means of identification, the man is brought to a nearby hospital where he's soon pronounced dead. He isn't dead, however, and soon the badly injured but still-lucid man escapes the hospital unnoticed, wandering through the city in a daze. Winding up in the care of a poor family living in a converted storage container on Helsinki's industrial river bank, the John Doe gets nursed back to health. Not remembering his name and having a vague sense of his prior life, the man has a tough time with others believing that he's a drunk, a wastrel, and a moocher faking his own amnesia. One of the few willing to help out the man: a stern Salvation Army worker named Irma (wonderfully played by Kaurismäki regular Kati Outinen), who supplies him with a simple job at a local charity shop. An unlikely romance blossoms between these two characters - Irma observes the man's innate goodness as he sets up his own place, councils his neighbors, and persuades the Salvation Army band to try a more up-to-date repertoire. Just as he's getting ready to settle in with Irma, elements from his past come back, threatening to break up the enchanting little existence he created for himself.

Deadpan humor and vacant, seemingly unemotional characters are a hallmark of Kaurismäki's films, and The Man without a Past is no exception. Other than this particular film, the only other Kaurismäki I've seen is 1986's Shadows in Paradise, which also chronicled an offbeat relationship in industrial Helskinki (and it starred Kati Outinen, one of those actors who reveals more in a brief smile than many do in an entire career). Instead of feeling like a rehash of tired old themes, however, I was impressed by how much Kaurismäki's technique had refined in those intervening 16 years. His screenplay is filled with several delightful, character-revealing lines (an electrician, when asked about payment for a favor, says "If you ever find me face down in the gutter, turn me around to my back."), rendered with an accomplished, highly formal panache. A lot of this movie combines an innate sense of absurdity with beautifully visualized compositions and color - part David Lynch, part Douglas Sirk. It's set in a Helsinki that feels contemporary yet strangely out-of-place, a world filled with discarded jukeboxes and killer dogs that turn out to be docile sweethearts. It's a place that I'd happily visit again. 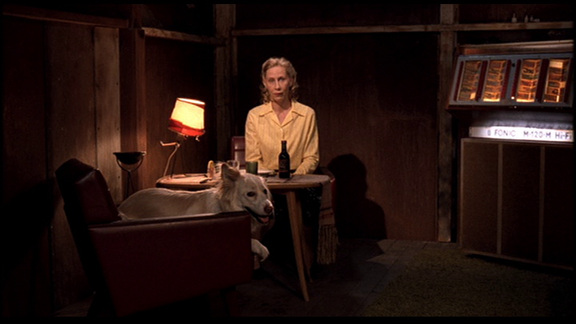 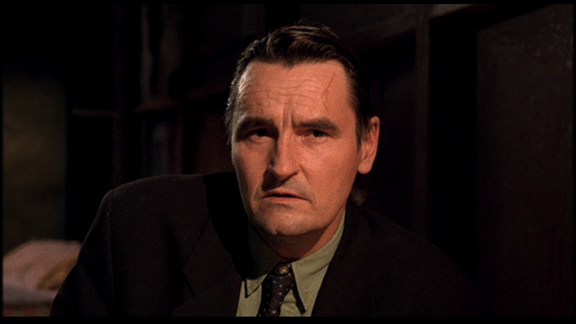 The 1.85:1 anamorphic widescreen image presents the movie's realistic milieu well, with just a slight amount of edge-enhancement in a few scenes. Colors and textures are appealingly life-like, while the light balance is kept unobtrusive despite a few overly contrasted scenes with murky dark levels. The visuals look as solid as can be expected for the m.o.d. DVD format.

While the Finnish-language 5.0 soundtrack doesn't use surround effects too often, the mix incorporates Kaurismäki's eclectic musical choices seamlessly with the dialogue and sound effects. The clean track is pretty free of pops, distortion and other signs of age. Upon disc insertion, the film defaults to the optional English subtitle track. No other audio or subtitle options are included.

Nothing. Upon insertion, the disc plays automatically with no menu options. Chapter stops are put in at 10-minute intervals.

Acid humor from the dingy slums of Finland - although your humble reviewer isn't too familiar with the charmingly oblique films of Aki Kaurismäki, The Man without a Past assuredly makes me want to seek out more. This bone-dry comedy is essentially about making the best of one's limited options, brimming with humanity via well-written characters and situations. Those who missed out on the initial Region 1 DVD from 2003 will find a decent compromise with Sony Classics' made-to-order edition. Recommended. 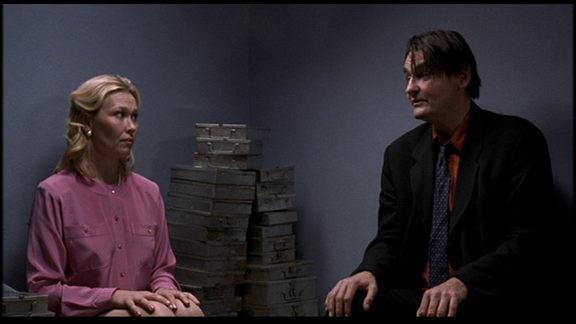 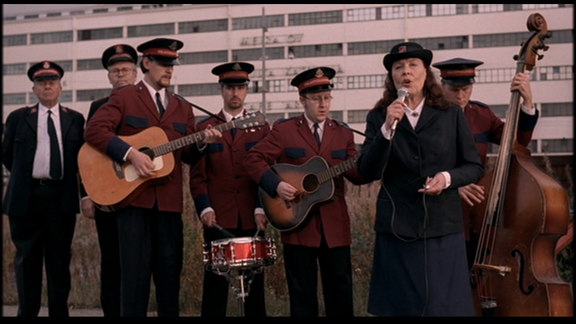