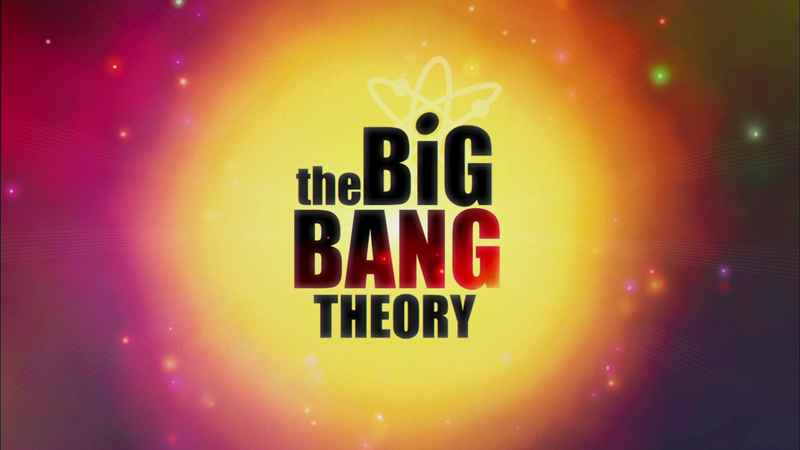 
The Story So Far...
Created by former programmer Bill Prady and Chuck Lorre, a master of lowest-common-denominator sitcoms, The Big Bang Theory follows the misadventures of Sheldon (Jim Parsons) and Leonard (Johnny Galecki), a pair of nerdy physicist roommates, and their circle of friends, with a focus on geek culture and science. The uber-popular series is entering its ninth season on the air, and seven seasons have been released on DVD and Blu-ray, for which DVDTalk has reviews of most of the previous seasons.

The Show
I was talking to Rob Huebel several years ago about the shift in comedy to smarter ideas, mentioning shows like Childrens Hospital, 30 Rock, Community and The Big Bang Theory. Upon hearing the last title, he stopped me, not agreeing with my statement (he may not have been as kind as I am in the re-telling.) I probably could have said it better, because I meant that we were getting away from the usual family household sitcoms and getting shows about college and scientists...smart people. I think The Big Bang Theory actually tries to be pretty smart, building a world where science is key and advanced theories are not just not shunned, but embraced. The comedy though...the comedy remains quite basic, and more than willing to take the path of least resistance toward a laugh.

This should not be a surprise to anyone who has watched a CBS sitcom, a roster marked with recent barrell-bottom "comedies" like Two and a Half Men or Mike and Molly. Subtlety is not a prized trait over on the Tiffany network, as the frequently-present studio audience laughter points to. After years of enjoying brilliant single-camera comedies, to have the flow of humor broken up by an audience's carefully positioned laugh breaks is just an unnecessary distraction. A good joke never needs an audience cue, and a bad joke is always revealed by one. It would be interesting to see an episode of The Big Bang Theory shot in single-camera style, to see if it needs its crutches.

Watching the eighth season, in most cases it probably doesn't. At this point, Sheldon and Leonard are well-established characters, as are those around them, be it their significant others (Amy [Mayim Bialik] and Penny (Kaley Cuoco-Sweeting], respectively) or their friends, Howard (Simon Helberg) and Raj (Kunal Nayyar). The show has reached the point where it can even survive a bit of expansion without feeling overstuffed, with Howard's wife Bernadette (Melissa Rauch), Raj's girlfriend Emily (Laura Spencer) and the guy's comic book-shop-owning friend Stuart (Kevin Sussman) on board. Part of it is a smart control of the show's construction which results mainly in pairings, as two characters, like Howard and Sheldon or Amy and Leonard, offer new perspective on each other and create opportunities for new interactions. The threesome of Penny, Amy and Bernadette is particularly effective at freshening up the feel of the show, offering a different dynamic and an injection of femininity with three characters who are far from extensions of their romantic partners. 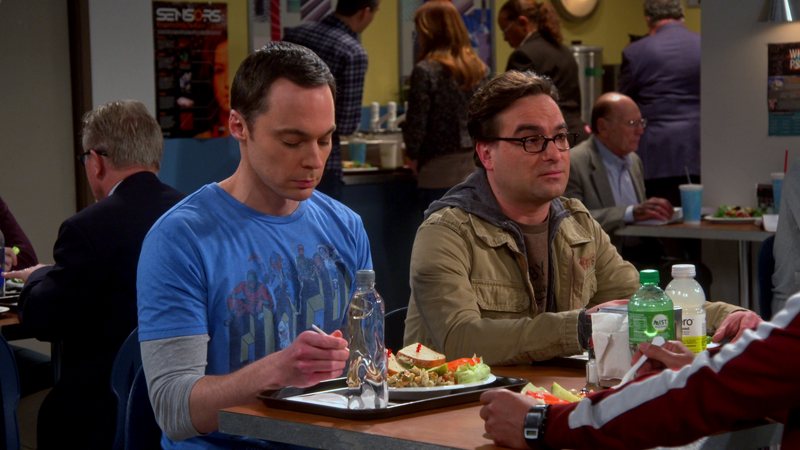 Relationships are a key element of the season, which starts with the socially-awkward Sheldon stuck in an Arizona railroad station without any pants, the victim of poorly-received changes in his life. What exactly is going on between him and Amy, as well as what is happening with Penny and Leonard and their extended engagement, are the engine of this run of episodes, as Sheldon faces the need to overcome his off-putting personality, and Leonard has to overcome Penny's new-found success. After seven seasons, the show hasn't felt the need to artificially change its main characters and their lives, instead going in a more organic direction, choosing to highlight change that happens naturally in a relationship. That evolution also powers an impactful cliffhanger of a season finale.

The series did have a sudden change to cope with though, when Carol Ann Susi, the actress who gave voice to Howard's unseen harpy of a mother, died, and her passing was written into the series, creating more change for Howard and giving a bit of a goose to the other characters, who took from her death in different ways. Though the show did get a bit maudlin in spots (naturally, following the unexpected death of a cast member) it kept moving and didn't let the loss have any episode-length negative effects, as Howard and company joked through the moment, while letting some emotion seep in.

As good as many of the cast are (not to mention the guest stars, like Laurie Metcalf, Christine Baranski, Billy Bob Thornton, Nathan Fillion, Wil Wheaton and Stephen Hawking), too often the jokes fall on the easy side of laughing at geeks, resulting in what some call "nerdface," making fun of nerds in the guise of nerds. Perhaps it's a challenge to not telegraph a joke when dealing with an audience, but sight gags and dirty jokes experience the rule of diminishing returns worse than most comedy. Sometimes a gag will work well, like a running joke about a game the guys play with phrases Raj has said to either his girlfriend or his dog, but then there are yet more jokes about Sheldon's social struggles, and it's back to the same old. Real genuine laughs are few and far between with this series, but the characters and actors who play them, particularly Galecki, Helberg and Rauch, are fun to watch at work, so it's easy to turn off your mind and watch a few in a row. 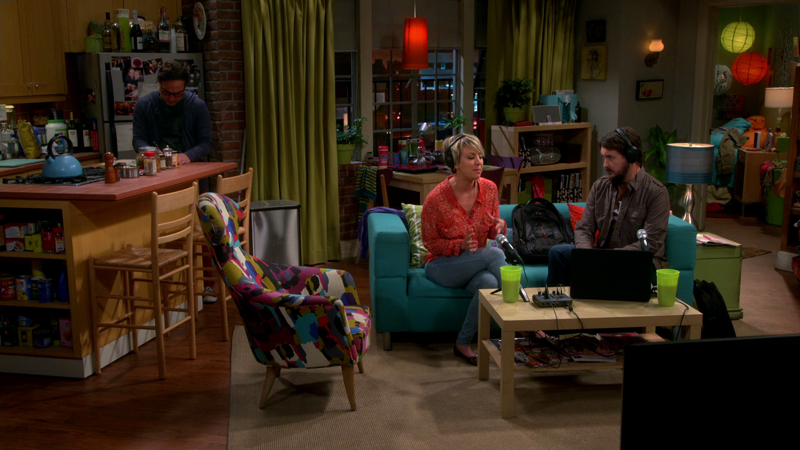 The Discs
Packaged in a slipcased, single-width, dual-hubbed keepcase (with a six-panel insert), the 24 episodes of The Big Bang Theory's eighth season are split between two Blu-ray discs. The discs have WB's usual bland static menus, with options to play all the episodes, select shows, adjust the languages and check out the extras. Audio options include English DTS-HD Master Audio 5.1 and Castellano Spanish and Portuguese Dolby Digital 2.0 tracks, while subtitles are available in English SDH, French, Castellano and Latino Spanish and Portuguese.

The Quality
The 1080p, AVC-encoded transfers on this set look as good as the show does in its original HD broadcasts, with that sitcom-appropriate vibrancy of color and very high level of fine detail, resulting in an image that's pleasing and sharp, while digital distractions aren't a concern. The production value of the main apartments really comes across in this presentation.

5.1 DTS-HD Master Audio tracks feels like overkill when it comes to a show like this, where dialogue is the main order of the day. Those voices are clean and clear in the center channel, while the surrounds get to handle some of that awful audience laughter, along with the rare sound effects (like the bumpers found in each episode) and the show's signature theme song. Overall a quality, if unexciting sound mix.

The Extras
"Shooting Stars: BBT on BBT" (5:00) looks at Billy Bob Thornton's appearance on the show this season, playing a doctor who thinks Penny is interested him. The piece discusses how he got involved with the show (which is certainly amusing), the reaction of the cast to his presence and the challenges a live audience provides for a film actor, with interviews and on-set footage telling the story.

The "2014 Big Bang Theory Comic-Con Panel" (28:20) from San Diego is a rather star-studded affair, despite having none of the main cast present, as it kicks off with a performance by Garfunkel and Oates (singing a comic con version of the song they wrote for the show), before Craig Ferguson moderates a chat with the show's writers, including Steve Molaro, Bill Prady, Jim Reynolds, Steve Holland, Maria Ferrari, Dave Goetsch, Eric Kaplan, .Jeremy Howe, Tara Hernandez and Anthony Del Broccolo, as well as a silent science consultant and a well-known special guest. Though a bit choppy in the editing, it's got a good deal of behind-the-scenes info for fans. Among the many stories shared and geeky questions answered, including discussion of the show's origins, the formation of the writing staff and alternate versions of a big scene from the eight eason, is an amusing anecdote about James Earl Jones and Carrie Fisher.

"It's a Quark...It's an Atom...It's the #BBTSuperFans!" (12:29) follows a trio of contest winners who got to travel to the set, watch a live taping and meet the cast. It's awkward in that way that true geeks are, with home video footage of their trips and fan praise from the actors and crew to complete the tale.

"Constellation Prize: Chuck, Jim and Kaley Make the Hollywood Walk of Fame" (3:52) shows some speeches and footage from when the trio for their stars in 2009, 2015 and 2014 respectively. Though there's a nice speech by Helberg on Cuoco-Sweeting's day, the main thing to take form this is that Galecki doesn't have a star, and his career is far more distinguished than the two acting honorees, something Parsons even makes reference to.

The loss of Mrs. Wolowitz is the topic of "Here's to You, Carol Ann Susi" (9:47), which features remembrances from the cast and crew of their late colleague. They also talk about her death, the challenge of writing her off the series and the ongoing tribute that became part of the show. The only problem with this is the crass ad at the end for the other seven seasons on home video. Was that really necessary in a memorial featurette?

The on-disc extras wrap with a 7:17 gag reel, which is all about the actors' inability to deliver lines without laughing. It definitely looks like they enjoy themselves on-set, but some of these break-fests must have been frustrating for those involved.

Also included in this set is a six-panel foldout with an episode guide, listing credits, airdates and a synopsis for each show in season eight. 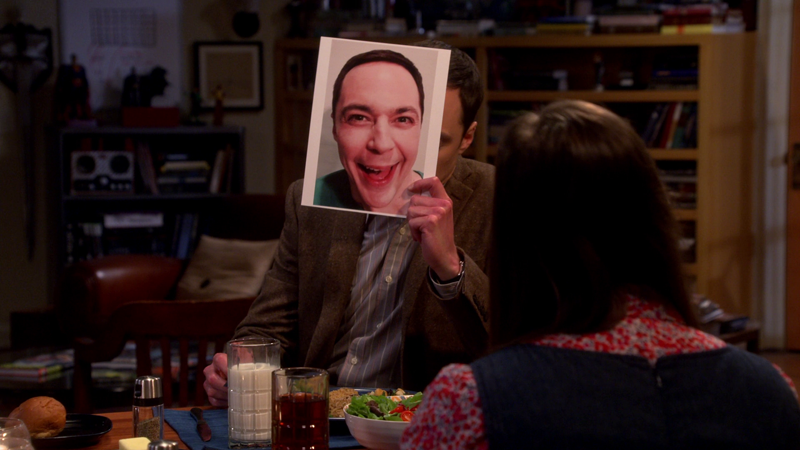 The Bottom Line
The Big Bang Theory is likely to go down as a sitcom classic, mainly because it's such a finely-tuned example of a comedy series with mass appeal. It certainly isn't because it breaks new ground or reaches new heights of comedy. It's just a solid, breezy sitcom with an appealing cast. The set looks and sounds great, and has a healthy amount of extras that, while not very revealing, will be of interest to loyal followers. There's no reason for them to not want to own this, but it's not going to convince the unconverted to join the fandom.