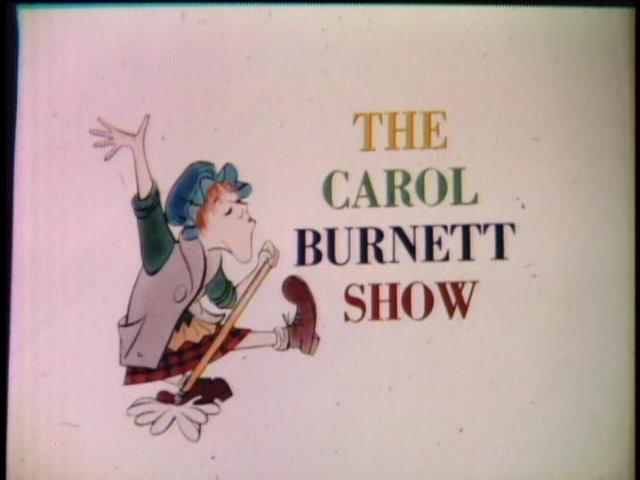 From 1967 to 1978, The Carol Burnett Show was a weekly showcase for Carol's versatile comedic talents and with series regulars Harvey Korman, Lyle Waggoner, Vicki Lawrence and countless guest stars. It played out much like a vaudeville show and most of the time followed a consistent structure- Carol herself would begin the show chatting with the audience which quickly became known as "Q&A" as she would get asked questions about the show (long before anyone in the world could send her email) and sometimes get put on the spot. Following this would be comedy skits as Carol and company assumed an infinite number of characters, with one or two more serious musical performances from one of the week's guests in between and ending with a "Finale" sketch that would also often incorporate song and dance leading to Carol's "So Long" as the guests signed her autograph book. In the days with only three TV networks, no cable channels and VCRs still a few years in the future, it was one of the shows that had a wide appeal and came close to being a live performance in viewers' living rooms. 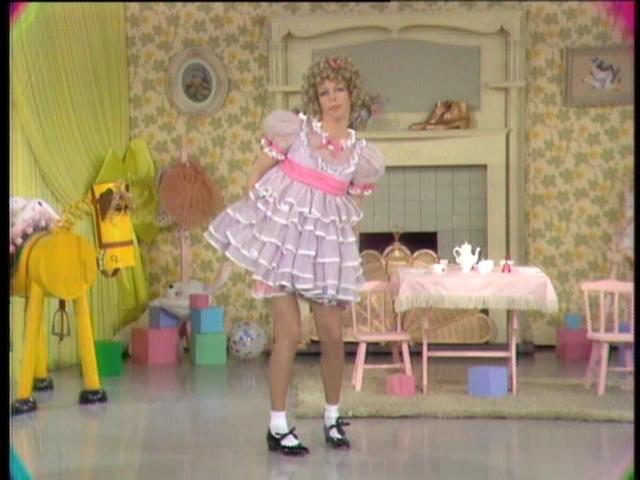 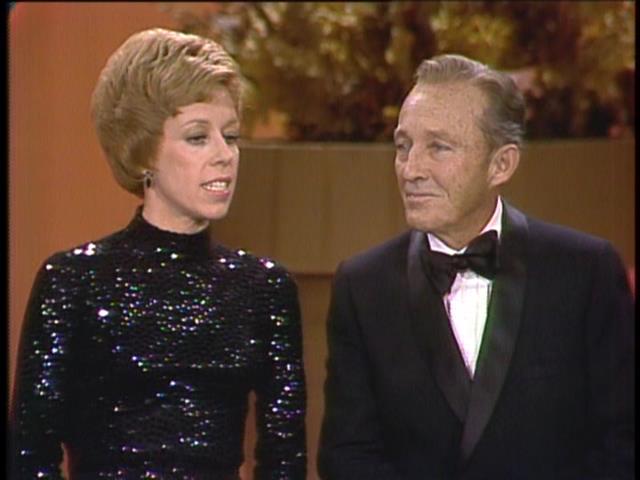 As these particular shows haven't been seen in a while, it's interesting to see the beginnings of what would become favorites later on as well as some that didn't quite catch on. Tim Conway wouldn't become a regular cast member until 1975, but he shows up as a "guest star" on so many episodes here that he might as well have been from the start. Carol playfully flirts onstage with hunky castmate Lyle Waggoner many times, but she eventually decided that being married to the show's producer Joe Hamilton, this wasn't such a good idea. The favorite recurring "As the Stomach Turns" soap opera parody has Carol playing the housewife "Marion" dealing with outlandish issues (with at least one of the guest stars joining in) and visits from long-lost relatives. "Carol and Sis" sketches were inspired by Carol's real-life experience having her younger sister living with her during her first years of marriage- though "Sis" is played here by Vicki Lawrence (hired for the show mainly for her striking resemblance to Carol) while real sister Chris waves from the studio audience. "VIP" takes stabs at celebrities- the very first of which had Carol portray child star Shirley Temple in adult form and entering politics but acting as the same "little girl" she was in her films. 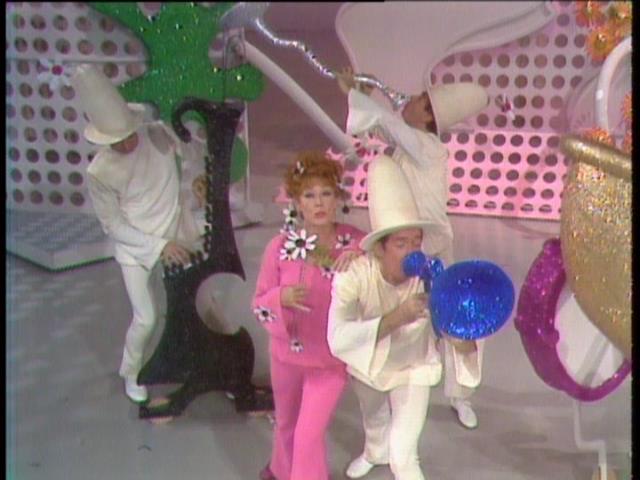 While not every sketch is a winner, there's more laughs to be had in each show than an entire evening of most of today's network fare, and one really senses the camaraderie amongst the principal cast through most of them. Observant viewers will frequently notice signs of them breaking character and laughing- it's been stated that while the show was edited on tape rather than broadcast live, most of these "break-ups" were intentionally left in. Very occasionally the guests did simple stand-up comedy routines, such as Flip Wilson here relating his experience in the military. The Carol Burnett Show really stands out however from its incorporation of music. As was typical of "variety shows" of the era (all but gone today), the laughs would pause for at least one straight-forward song performance onstage from one of the guest stars. Some of these will likely seem unintentionally funny and dated to today's viewers, such as Eddie Albert singing "Father of Girls" in a bedroom set, and Mel Torme in an office setting crooning "Take a Letter, Miss Jones" to a young secretary sitting at a typewriter. Plenty of these are quite heartfelt though and make one long for TV (and music in general) to return to this sort of thing, such as Eydie Gorme singing "A House is Not A Home" to a fogged camera lens amidst a set of chandeliers. (Several Burt Bacharach and Hal David songs are featured in this set, including TWO different performances of "The Look of Love"- one by Bobbie Gentry and the other from Mama Cass Elliott.)

Other moments are full-on musical numbers with company dancers and cast tearing up the stage- such as the operatic "Angel Child" sketch, "She'll be Comin' Round the Mountain" with everyone in 1860s garb against a railroad background, an all-female Beatles tribute with "Sgt. Pepper" costumes, and some which are truly bizarre- "There's Enough to Go Around" with everyone strumming and twirling banjos while wearing enormous headdresses (designed by Bob Mackie, who designed all costumes for the show) and a rendition of "Feelin' Groovy" by Gwen Verdon with supporting dancers playing instruments that look like they were made by Dr. Seuss. (Song publishing rights of course are the largest barrier for these sort of shows being available on DVD or even on syndicated reruns. Thankfully these were able to make it out.) 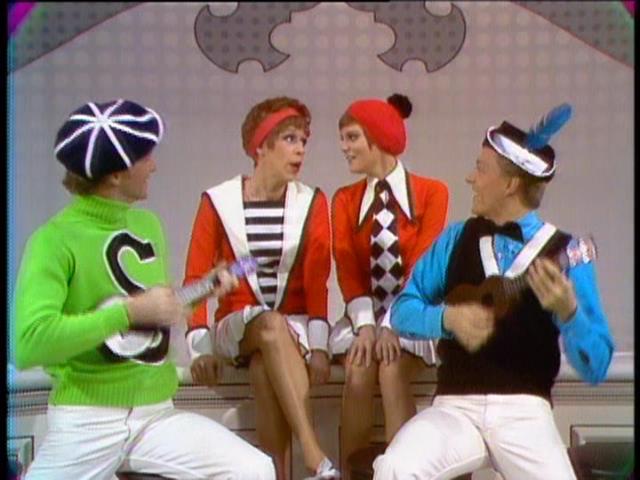 The cover claims the shows are "UNCUT" and "as they originally aired on television," which is mostly true (nothing seems to have been cut due to rights issues) but of course the commercials are not included. The first-year shows include the "CBS presents this program in color!" intro, most episodes still have the sponsor tags ("brought to you by") and seem to be taken from masters that included the commercials but they've been cut out here- a few times you can actually see the first or last few frames of a commercial as it wasn't precisely edited out. I always enjoy vintage commercials, and during this time the average network break was only ONE minute long with either one 60-second or two 30-second commercials- how did the networks EVER pay the bills with that? There's a curious "censoring" of one word during the "Donny Bishop Show" segment with Don Adams- Carol plays a movie star whose upcoming film is called "Marriage --- Style" with the middle word played backwards (the closed-captions show it as "Marriage Patil Style".) The second show on the first disc includes a dance number set to "Lucretia Mac Evil" by Blood Sweat and Tears where for some reason a full stereo recording of the song replaces the original mono audio, though it seems to be the same version. The discs let you either play every episode or just one at a time, but the arrangement of the shows is a bit odd- Disc One for example starts with a show from November 1968, followed by another from 1971 and then another November '68 show that aired the week after the first! I'll likely watch these in chronological order next time, even if it'll include a lot of disc-switching. 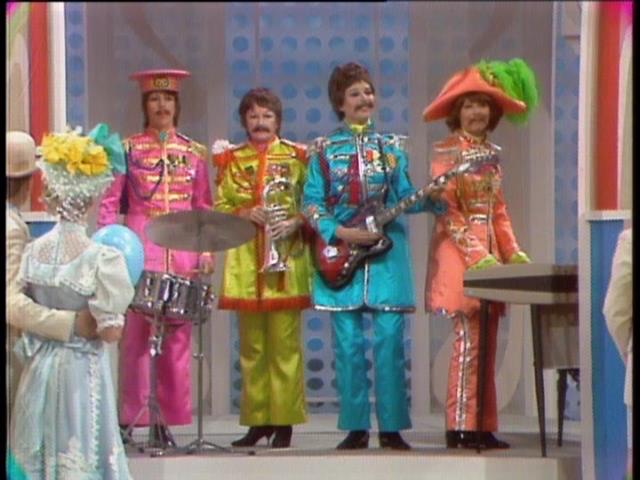 Although the discs include a message about "film elements", all episodes here are taken from color videotape, and at their best look just like a live broadcast. (I've had the controversial opinion for a long time that while film definitely appears more "artistic", videotape looks much more "real" to me, making me feel like I'm really in the time it was shot.) Since many people still had black-and-white TVs in these days, colors were made brighter than life to reward those who sprung for more expensive color sets. While not hi-def quality, these shows still appear very brilliant and colorful on a modern TV. Most of the footage is in great shape, although some video noise in the form of horizontal lines is prevalent during one show and the color becomes unstable during most of Flip Wilson's introduction in another. 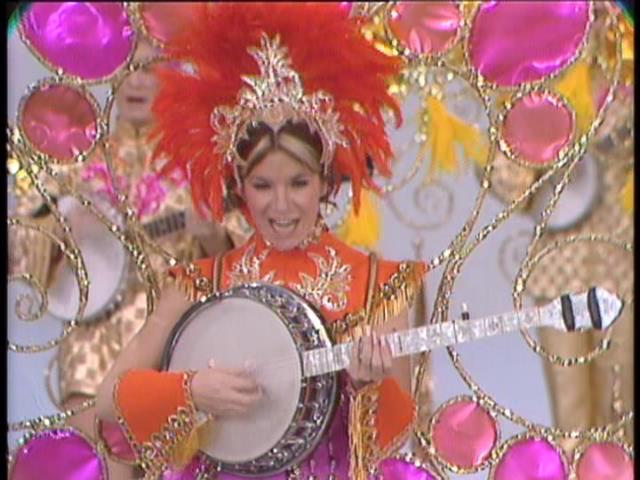 TV sound of course was mono during this time (by the time TV stereo finally came along in 1985, variety and musical shows were all but extinct), and encoded as 2-channel Dolby Digital on these discs which stays properly centered with the exception of the stereo music in one number mentioned earlier. Most affiliates received lo-fi network audio via phone lines back then, but fidelity of the original recordings is clean and bright for the most part with one episode having a bit of "wow-y" sound to it. Tape "print-through" (where loud sounds can be faintly heard in the background a few seconds before they occur) is noticeable at high volume. 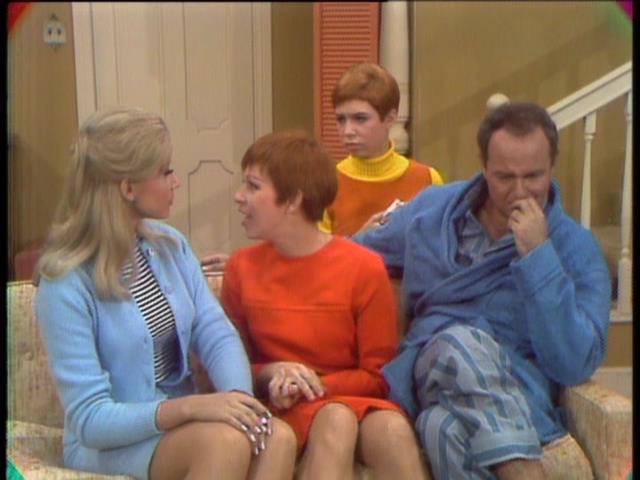 Extras: Several interview segments shot recently for this DVD set are included, ranging from about 5 to 30 minutes. Included are Julie Andrews (who didn't appear on the show but performed with Carol many times), Carol Burnett herself (where she discusses how the weekly show came to be), Don Rickles, Jim Nabors, Alan Alda, Burt Reynolds, Lesley Ann Warren, Bill Hader (who wasn't born when the show was on the air, but talks about how reruns influenced him), Gloria Loring, Queen Latifah, Vikki Carr, Carol Channing and Jack Jones. There's also footage of a recent visit by Carol and Company to Studio 33 at CBS Television City in Hollywood where the magic happened, a featurette where Carol discusses the audience Q&As that opened each show, and "Fabulous Firsts" where the first of sketches that became recurring are highlighted. Vintage extras are an intro with Carol Burnett and Julie Andrews from a 1971 TV special at Lincoln Center, a few minutes of show outtakes, an unedited presentation of Carol's Q&A with the audience from the first show (these were always edited for time when they made it to air), a show sketch with Alan Alda from 1974 which falls outside the period covered in the set, and the classic "Dentist" sketch from 1969 with Harvey Korman and Tim Conway. The set also includes a nice booklet with color photos, liner notes and complete listings of the discs' contents. 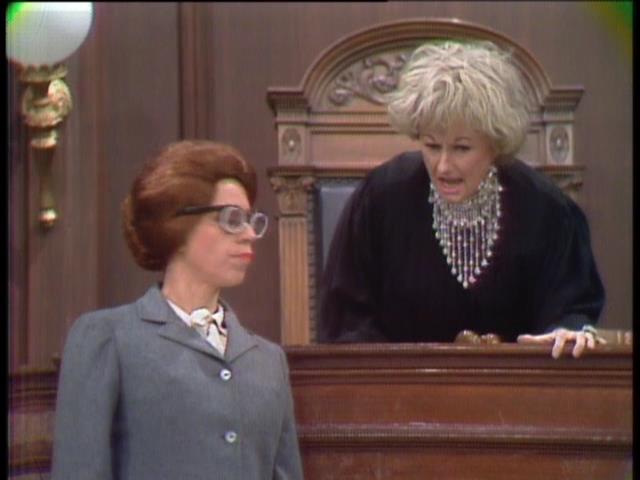 This "Lost Episodes" set is a true treasure trove of TV from a time gone by, looking and sounding almost brand-new. Carol Burnett has said that more shows from the early years will be released on disc if this set does well. I had an absolute blast viewing these shows and look forward to seeing more of them, and hope to catch up on the other existing DVD sets that I haven't acquired yet. These should be required viewing for those who run the TV networks today, in hopes that they'll see exactly what's missing from the medium now and should be brought back.